On Thursday 19th November 2020, the Official Spanish Chamber of Commerce in Belgium and Luxembourg organised a new virtual breakfast debate in the framework of its “Business Circle” platform. The breakfast focused on “The European Defence Fund: the European Commission’s View on the Opportunity 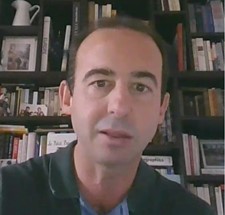 Pablo López Álvarez, Vicepresident of the Chamber and event moderator, welcomed and thanked the speakers and all the attendees.

Afterwards, on behalf of the member company and sponsor of the event, SENER, Fernando Horcada, Head of the 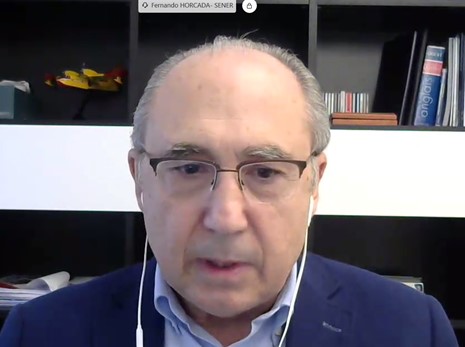 Representative Office in Brussels, Director EU and NATO Programmes, took the floor and thanked the speaker. Horcada highlighted SENER’s long history in the field of defence both at a national level and through NATO. First of all, he wanted to clarify that the future European Defence Fund (EDF) will not be part of the European recovery mechanism (Next Generation EU) but of the multiannual financial framework (MFF) 2021-2027. The EDF will mean that for the first time European Union funds can be devoted to the defence sector due to a change in the position of the Member States as a result of the need to generate greater strategic autonomy for the EU as a result of geopolitical changes such as Brexit or the position of the US administration with respect to the financing of defence in Europe.

Francisco Casalduero began by summarising the history of some pilot programmes such as the Preparatory Action on Defence Research and the current European defence industrial development programme (EDIDP). Both these pilot programmes and the future European Defence Fund (EDF) are devoted exclusively to research and development of military capabilities, never to training or the acquisition of assets by Member States. Furthermore, these European projects are distinguished from other European programmes in that they are based on exclusively military requirements and aspects. These defence sector projects are based on innovation and cooperation between entities from several Member States, which is at the same time their greatest asset and challenge. The development of the EDIDP 2019 has yielded interesting figures that invite optimism regarding the future EDF: an average of 14 entities from 7 Member States take part in the projects, including a significant number of SMEs, in which Spain plays a very important role with a success rate of approximately 60%. The speaker detailed the status of negotiations on the future European Defence Fund (EDF), which will form part of the multiannual financial framework (MFF) for 2021-2027 and is therefore pending agreement between the European Parliament and the Council. The future EDF will be based on a work programme planned for the spring and will go beyond the classic military areas (land, sea, air) and will also integrate new areas such as cyber security, space and digital clusters.

During the round of questions, the attendees were able to put forward their doubts and comments on several areas of interest. Topics such as the eligibility of technologies and civilian technology centres for programmes in this field, the orientation of the programmes towards the Commission’s political priorities (Green Deal or digitalisation), the position of NRBC technologies in the future EDF, the facilities for applying to calls for proposals or participating in consortiums, and the continuity of projects between the various defence programmes were therefore addressed.

From the Official Spanish Chamber of Commerce in Belgium and Luxembourg we would like to thank Francisco Casalduero, our partner company SENER Aerospace for sponsoring this event and all those present for their participation.

The Chamber presents the EYE programme at KU Leuven University

Interview to Colin Barvaux from MoneyOak
This site uses cookies to provide you with a more responsive and personalized service. By using this site you agree to our use of cookies. Please read our cookie notice for more information on the cookies we use and how to delete or block them.Accept Read More
Scroll to top