On May 12th, the Official Chamber of Commerce of Spain in Belgium and Luxembourg organized a luncheon-debate with Vytenis Andriukaitis, European Commissioner for Health and Food Safety at NH Hotel Collection Grand Sablon in Brussels. At the event there were chamber members, business executives, members of the Spanish and international diplomatic bodies, as well as representatives of European institutions. 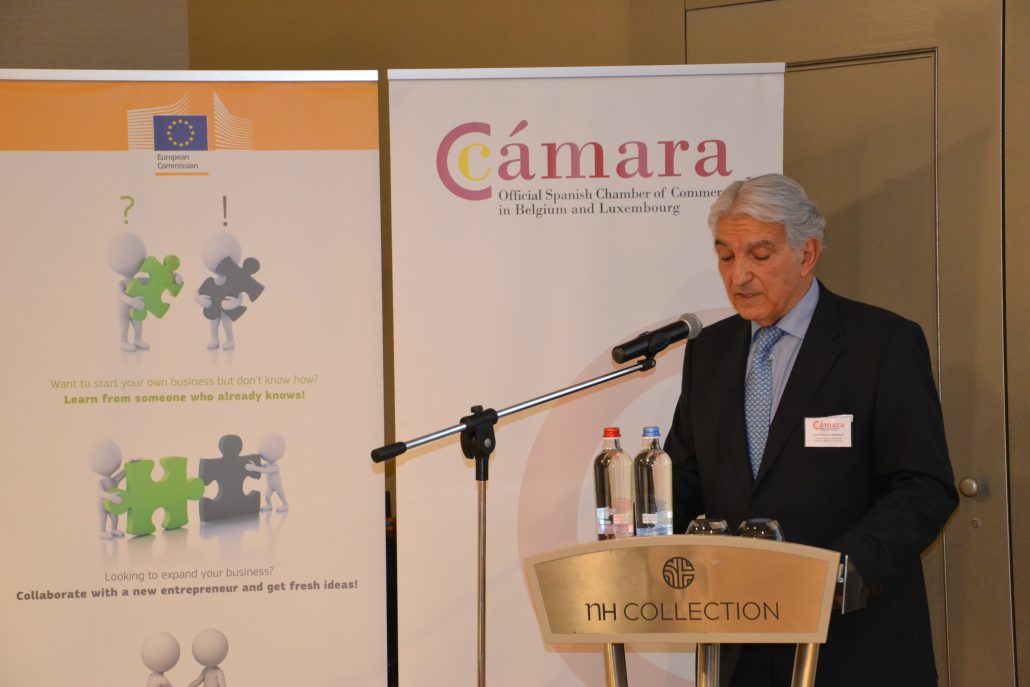 First of all, Juan Rodríguez-Villa Matons, President of the Chamber, made a brief introduction of the speaker thanking him and all the attendees for his presence. He stressed his long career as a doctor, his role as a signatory of the declaration of independence of Lithuania and his co-authorship of the Lithuanian Constitution, as well as his long experience at the institutions of his country. In addition, Rodríguez-Villa emphasized, on behalf of the Spanish Business community, the biotechnology and pharma industry and ultimately of the Spanish civil society, the great advantages that Barcelona would contribute as new headquarters of the European Medicines Agency.

Then Andriukaitis began his speech by saying that Europe has a good system of health and food safety, but it is necessary to keep working to improve several aspects. There is a need to involve more the governments and its decision-makers in the long term. He also emphasized the importance of communication; it is the key factor to keep the public informed. He also stressed the care that must be taken with the information disseminated through social networks. 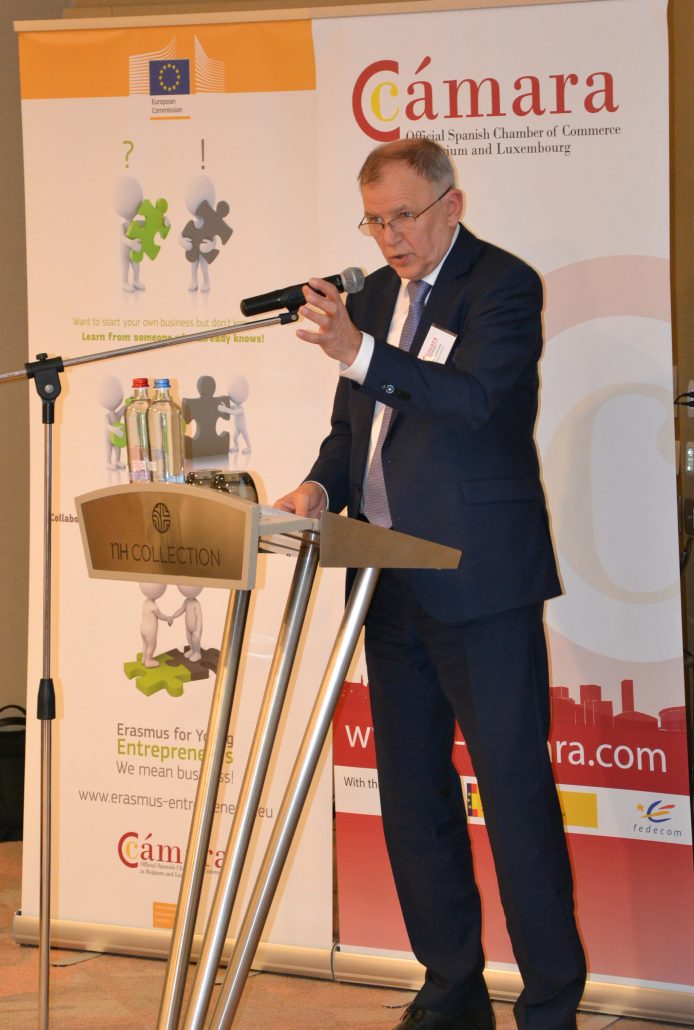 Then, the Commissioner mentioned the major challenges facing the sector.

On one hand, tons of food that Europe throws away, an action that he described as wasteful, unethical and unsustainable. To reduce this waste, the Commission will undertake a series of initiatives to achieve the goal of sustainable development. They are also preparing the launch of a plan of action to stop the increasing antimicrobial resistance and a new Plant Health Law with the aim of avoiding the introduction of diseases and to protect us from the entry of non-native parasites. The Commissioner pointed out two examples of such diseases: the bacterium Xylella fastidiosa, which affects a large part of the Italian olive trees and sadly has now been found in the Balearic Islands, and the diseases in citrus fruits.

He also made special mention of the importance of public health. It is necessary to pay attention to the medical primary assistance because it will be reflected in an improvement of the health system and in the economy. This year, the Commission, will launch a joint action for the prevention of chronic diseases that will create guidelines and promote cooperation between the Member States. 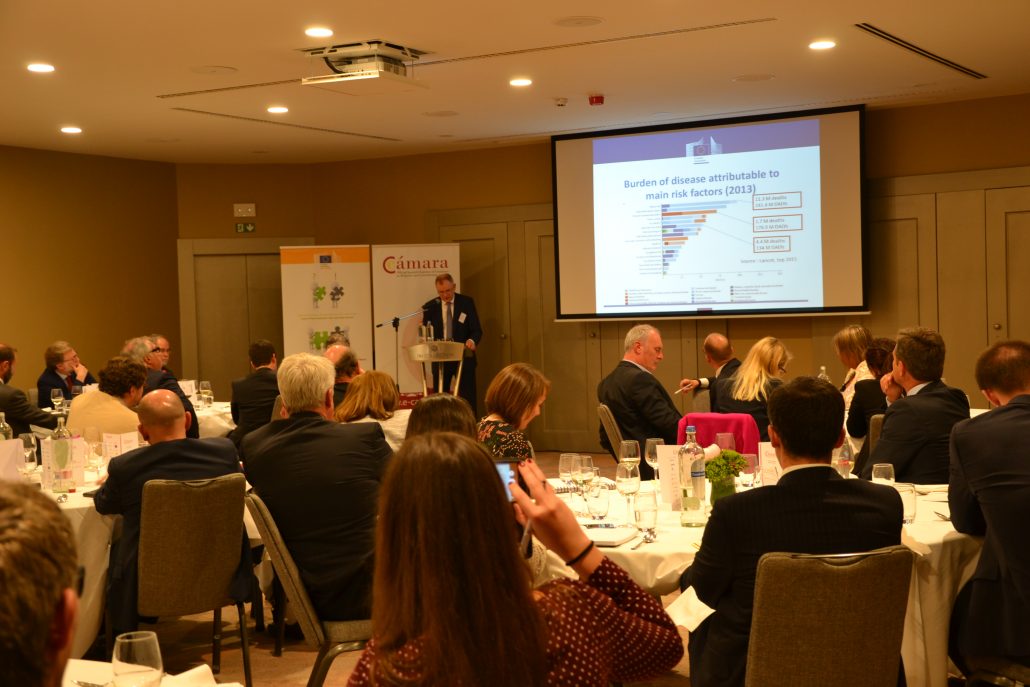 Andriukaitis also addressed the problem of obesity. European countries have agreed targets to lower the consumption of sugars and salt.

The Commissioner concluded his speech by explaining the role of the European Union in relation to the management of health crises and pointing to Spain as one of the strongest competitors to achieve the new headquarters of the European Medicines Agency due to the importance of the Spanish language and the technological progress of our country.

Finally, there was a round of questions & responses where participants were able to pose their questions to the Commissioner.

The event ended with a gift to Vytenus Andriukaitis from the Chamber in recognition to his work as European Commissioner for Health and Food Safety.

From the Chamber we want to thank the collaboration to Bodegas Cornelio Dinastía for sponsoring the wine of the event. 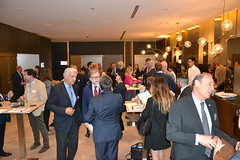 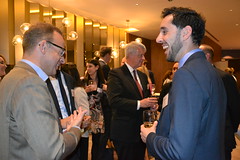 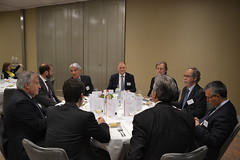 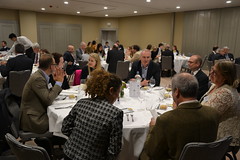 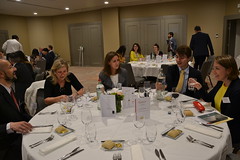 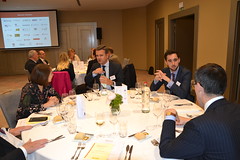 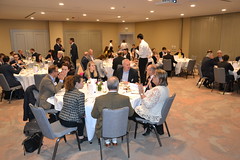 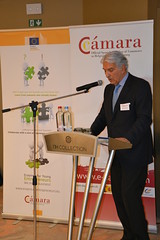 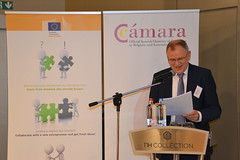 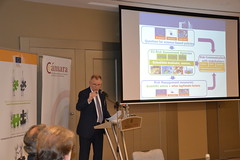 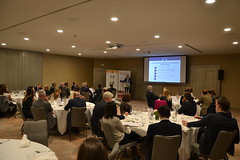 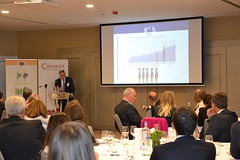 Second Breakfast with Members of the Chamber in Luxembourg

The Chamber participates in the opening of NH Collection Grand Sablon
This site uses cookies to provide you with a more responsive and personalized service. By using this site you agree to our use of cookies. Please read our cookie notice for more information on the cookies we use and how to delete or block them.Accept Read More
Scroll to top