Last Wednesday April 14th 2021, the Official Spanish Chamber of Commerce in Belgium and Luxembourg organised a new virtual breakfast-debate in the framework of its “Business Circle” platform. Vicente Hurtado Roa, Head of unit for indirect taxes other than VAT at DG TAXUD (Taxation and Customs Union) participated in the debate.
The topic of the breakfast was “The Commission’s work programme for 2021 on excise tax issues”. 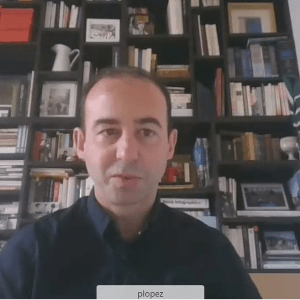 Pablo López Álvarez, Vice-president of the Chamber and moderator of the event, welcomed and briefly introduced the speaker and thanked him and all the attendees for their presence.
Vicente Hurtado first briefly explained excise taxes, their regulation and the directives currently in force. He gave a brief overview of the activities of his unit since 2019 in terms of review, evaluation and new proposals on current legislation to adapt it to the new priorities of the Commission.

Hurtado then outlined the different parts of DG TAXUD’s work programme on excise tax issues. Firstly, he spoke of the importance of environmental impact taxes and the possibility of expanding this tax to imports from third countries that are unregulated or have a higher risk of carbon leakage. He also stressed the importance of updating the current directives on fossil fuels imported from third countries to bring them into line with Green Deal regulations.

The speaker also highlighted the Commission’s priority in the fight against cancer, which is based on the imperative of reducing the risks that cause cancer, such as tobacco consumption, which is regulated by excise taxes.
Mr Hurtado explained the work of his unit on the creation of a regulation for alternative products to tobacco, the importance of regulating fraud when it comes to cross-border purchases and the desire to make the control of these issues more effective.

During the Q&A session, attendees were able to express their doubts and comments on numerous issues of interest. Topics such as the new categories of smokeless tobacco and their regulation and the impact of regulations on energy imports from third countries were discussed.

From the Official Spanish Chamber of Commerce in Belgium and Luxembourg we would like to thank Vicente Hurtado Roa for his participation and all the attendees for their presence.

The Belgian Consultative Committee decides on the end of the Easter break
Scroll to top
This site uses cookies to provide you with a more responsive and personalized service. By using this site you agree to our use of cookies. Please read our cookie notice for more information on the cookies we use and how to delete or block them.Accept Read More
Privacy & Cookies Policy