Extremadura Autonomous Community was awarded with the European Entrepreneur Region 2017 Prize. This award recognizes the European regions that started up an innovative and outstanding strategy on entrepreneurship and which presents the most credible and advanced future plan. 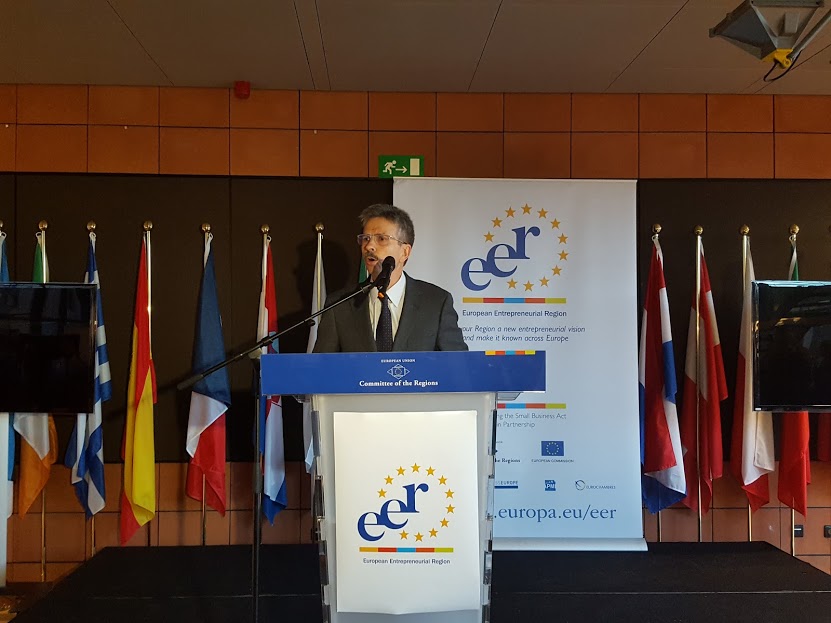 Economy and Infrastructures’ Counselor, José Luis Navarro, received the award in Brussels from the European Committee of Regions’ President, Markky Markkyla. Thanks to this award, Extremadura will be named as the “European Entrepreneur Region” (EER) during the 2017 year.

The prize rewards the European regions following an outstanding and innovative strategy on entrepreneurship and recognizes the ones with a credible, advanced and promising future plan.

José Luis Navarro pointed out that promoting the entrepreneurship culture is not an option but a “compelling necessity for the future of our economy” and stated that “we are generating an integral ecosystem favourable for the entrepreneurship that has its referent in the educative system”.

Lower Austria and the Western Region of Greece received also the award. It entails a big responsibility, as the EER jury members will supervise regularly the execution of the planned measures.

Conference: “New tax measures adopted in Belgium for SMEs” with Rafaël...
Scroll to top
This site uses cookies to provide you with a more responsive and personalized service. By using this site you agree to our use of cookies. Please read our cookie notice for more information on the cookies we use and how to delete or block them.Accept Read More
Privacy & Cookies Policy