How has the Embassy adapted to the crisis resulting from the pandemic?

In the second week of March, the Embassy had already reorganized the tasks of staff and other collaborators 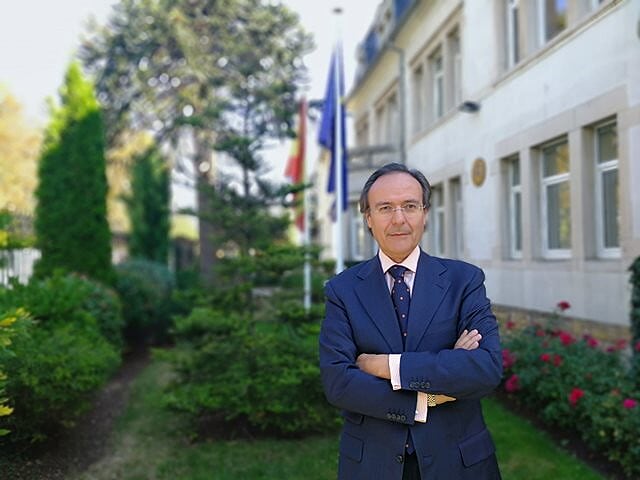 so that they could work remotely, thus avoiding that the staff would coincide in different areas of work.

The Embassy has not closed its doors to the public. All types of requests, consultations, doubts, and formalities (both from the Foreign Office and the Consular Section) have been attended to.

Faithful to its commitment to the large community of Spaniards in Luxembourg, the Embassy has always done its best to help, inform, and accompany this community, complying all along with the recommendations of the Luxembourg authorities for dealing with COVID-19.
|

What services does the Embassy offer to help the Spanish community in Luxembourg?

TThe Consular Section attends to all types of queries. Offering the possibility of renewing passports and driving licenses that are about to expire, as well as several other activities such as various notarial acts (powers of attorney, wills, authentication of signatures), NIF, management of the Civil Register (birth, marriage, death certificates), vehicle registrations, management of the Census of Absent Spanish Residents (CERA), legislative and regional elections or management of the Electronic Register (i.e. the sending of documentation to other administrations, de-registration of vehicles).

Classes in the framework of ALCE: the Spanish Language and Culture Association (ALCE in Spanish) is present in several European countries, the United States and in Canada to children of Spaniards that want to learn more about the Spanish language and culture.

ALCE is also responsible for carrying out procedures linked to the State Agency of Tax Administration (AEAT in Spanish) to obtain the NIF, for example, or the electronic certificate of the FNMT.

I also do not want to forget something very important and that is very close to the Spanish community. I am referring to the trips throughout Spain of senior citizens organized via the Institute for the Elderly and Social Services (IMSERSO in Spanish). Additionally, the consultancy for the processing of Spanish pensions, issues related to gender violence and all kind of processes linked to labor problems.

“There is one keyword: solidarity, in its broadest sense. Europe has to show its commitment to everyone: we need to imagine that the southern border of Finland is in Cadiz and Spain’s northern border is in the Barents Sea.“

How do you think this crisis will affect economic relations between Spain and Luxembourg?

I am convinced that we are closer to a definitive deconfinement in Luxembourg. I therefore believe that Spanish imports will not be 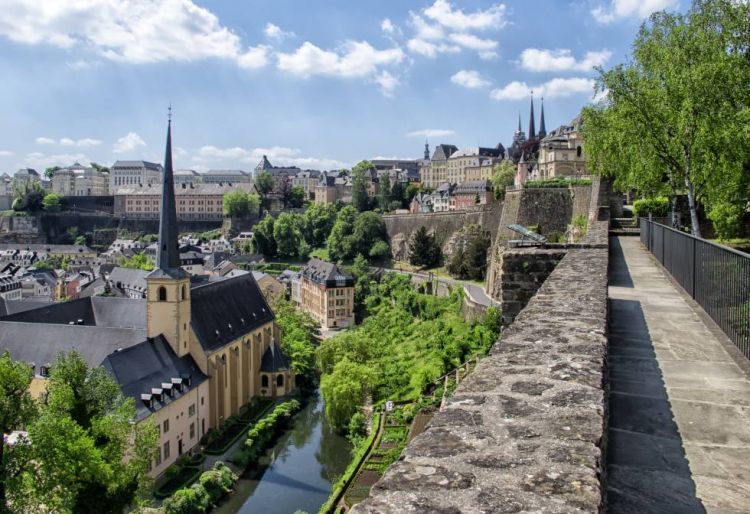 particularly affected in this country. Regarding the tourism sector, the outcome will depend on the evolution of the pandemic and on the real capacity of the sector in Spain to deal with what we now call the ‘new normality.’ Luxembourgers love and miss Spain as an ideal holiday destination, and they will not be deprived from traveling to our country. Considering the peak summer months in our country (July and August), I am confident that the Luxembourgers and other residents in Luxembourg will be able to travel to Spain and enjoy a well-deserved and unforgettable holiday. Regarding exports to Spain, I believe they will be affected by the economic downturn expected in our country and they will recover throughout 2021 when economic activity will reach the necessary tone and vigor.
|

During this crisis, Luxembourg has positioned itself as an air logistics hub for the whole of Europe because of its excellent connection with Asian countries. Do you think this can bring new business opportunities for the country in the future?

How do you assess the aid for companies and entrepreneurs that are being applied in Luxembourg?

They have proved to be very effective. Some say that they have treated certain sectors unequally. The authorities are correcting those possible gaps. Furthermore, they have made a huge commitment to the workforce of all kinds in this country – with a special emphasis on everything that affects cross-border people – and that brings wealth at all times. The authorities recognize the efforts of all (individuals and groups) in the wide variety of businesses in this country and are keen to maintain Luxembourg as a traditional place for all types of activities.

“Faithful to its commitment to the large community of Spaniards in Luxembourg, the Embassy has always done its best to help, inform, and accompany this community.”

What can be learned from this crisis at European level?

There is one keyword: solidarity, in its broadest sense. Europe has to show its commitment to everyone: we need to imagine that the southern border of Finland is in Cadiz and Spain’s northern border is in the Barents Sea. We must consider not only the member states of the EU but also the Members of the European Economic Area (EEA).

In this global challenge that is affecting the EU so much, EU solidarity must be translated into clear economic recovery programs that are both generous and effective. As EU’s High Representative for Foreign and Security Policy and Vice-President of the European Commission and former Minister for Foreign Affairs Josep Borrell recently said: “we either come out of this crisis all together or we all go down together”.

A recovery plan and a “new beginning” for the country

Breakfast-Debate with Isabel de la Mata, Principal Advisor for Health and Crisis...
Scroll to top
This site uses cookies to provide you with a more responsive and personalized service. By using this site you agree to our use of cookies. Please read our cookie notice for more information on the cookies we use and how to delete or block them.Accept Read More
Privacy & Cookies Policy