The Official Spanish Chamber of Commerce in Belgium and Luxembourg organized on 18 and 19 November an agenda of meetings for a delegation from La Rioja led by the Mayor of Logroño, Concepción Gamarra, and the President of the Chamber of Commerce and Industry of La Rioja, José María Ruiz-Alejos Herrero. This mission is part of the III Institutional Meeting for the Internationalization of Logroño, which aims to promote the economic development of Logroño, thanks to their external projection, and attract investments presenting the opportunities offered by the city which already developed in the last years in London and Germany.

The meetings were set up based in three areas: strenghtening of existing relationships, establish new institutional contacts and draw lines of business and commercial collaboration with public and private organizations. 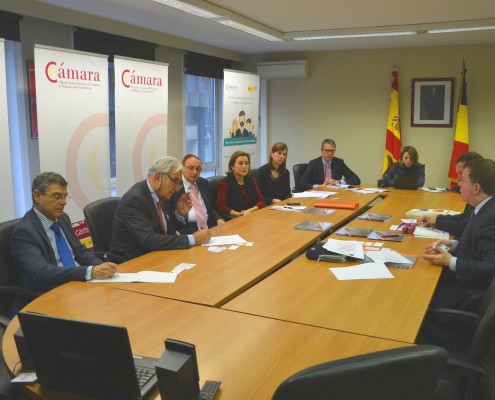 This third meeting started on Wednesday 18 November at the headquarters of the company Constantia Louvain SPRL, group leader in the field of packaging and labeling, which has a factory in Logroño for over 80 years (Constantia Tobepal). The day after, they met with the Computer Centre for the Brussels Region, a public organization focusing on the field of smart cities, with the AWEX agency, body for the promotion of foreign trade and welcoming foreign investment in the Walloon region and they ended the morning schedule with an official reception at the town hall of Brussels.

During the afternoon, the agenda was resumed with a meeting with the Chamber of Commerce and Union of Enterprises in Brussels, also known as BECI-its acronym in French- or “Chamber of the companies”, which represents thousands of companies, ensuring the defense of their interests and offering numerous services in order to facilitate the management of their businesses. After this meeting, they met with Hector Benitez, director of the Delegation of the Spanish Chamber of Commerce in Brussels, advisory and cooperation body from the government of Spain for matters of trade, industry and services. 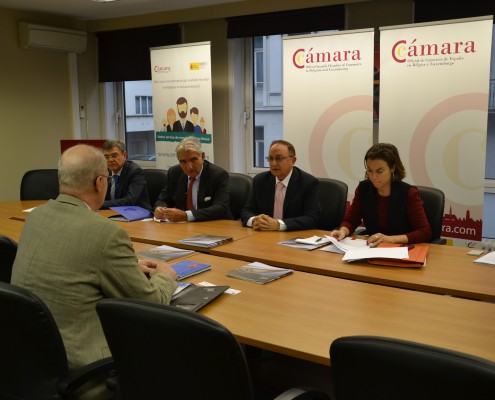 A particularly important aspect to highlight is the relationship that has been established with the Official Spanish Chamber of Commerce in Belgium and Luxembourg. The president of the Chamber of La Rioja, José María Ruiz Alejos, signed with the president of the Official Spanish Chamber of Commerce in Belgium and Luxembourg, Juan Rodríguez-Villa Matons, and the mayor of Logroño as a witness, an agreement that formalizes the partnership between the two organisms. In the articles of the agreement detailed issues such as “promotion and support of economic, industrial, technological, scientific, educational, cultural and tourism in both regions; “promote the implementation of programs for cooperation and industrial investment”, “promoting the participation of representatives of the other part in congresses and conferences of international character” or “effective exchange of information, documentation and other material” are present. 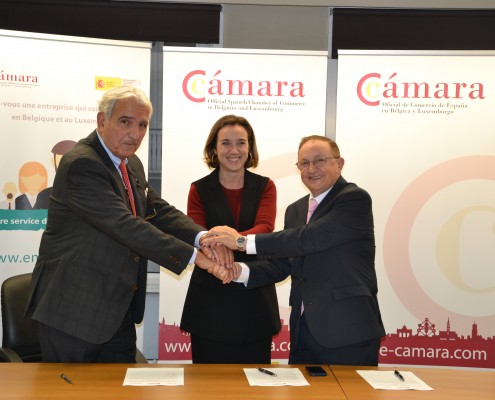 Plenary session of the Spanish Chamber of Commerce on 24 November
This site uses cookies to provide you with a more responsive and personalized service. By using this site you agree to our use of cookies. Please read our cookie notice for more information on the cookies we use and how to delete or block them.Accept Read More
Scroll to top