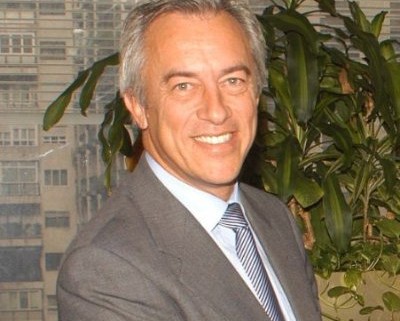 On 25 March, the President and the Secretary General of our Chamber met in Paris with Alfredo Bonet Baiget, who will soon be responsible for the policy of internationalization of the Spanish enterprise at the Spanish Chamber of Commerce.

The meeting was organized within the framework of FEDECOM, for which Presidency and General Secretariat are held by Juan Rodríguez-Villa and María Catalán. José Michel García, President of the Official Spanish Chamber of Commerce in France and, in turn, vice-president of FEDECOM, also attended the meeting.

Alfredo Bonet was the Economic Head at the Permanent Delegation of Spain to the OECD. The new International Director of the Spanish Chamber of Commerce has also been Secretary of State for External Trade and Director General of ICEX. He also was stationed in Miami (USA) and Milan (Italy), as Trade Commissioner of Spain and Economic and Commercial Counselor.

On behalf of the Chambers associated to FEDECOM, Juan Rodríguez-Villa expressed his wish to collaborate in the success of the new task of Alfredo Bonet.

Networking Dinner with the Delegation of the Extremaduran Association of the...

Meeting about the Asturian emigration: challenges for the future
This site uses cookies to provide you with a more responsive and personalized service. By using this site you agree to our use of cookies. Please read our cookie notice for more information on the cookies we use and how to delete or block them.Accept Read More
Scroll to top