The Federation of Official Spanish Chambers of Commerce in Europe, Africa, Asia and Oceania (FEDECOM), presented last October 7 in Lisbon its Company of the Year Award to MERCADONA. FEDECOM distinguishes every year with this recognition a Spanish company that stands out for its commercial and economic activity in one of the member countries of the Federation.

The award ceremony took place in the Sala do Arquivo da Câmara Municipal de Lisboa and was attended by the presidents of the main business associations of Portugal as well as the Economic and Commercial Counselor of the Embassy of Spain in Portugal, Pedro Moriyon. The award was given by Mr. Eurico Brilhante Dias, Secretary of State for Internationalization of Portugal and, was received by Elena Aldana Prize, Director of External Relations in Portugal and European Affairs of MERCADONA. 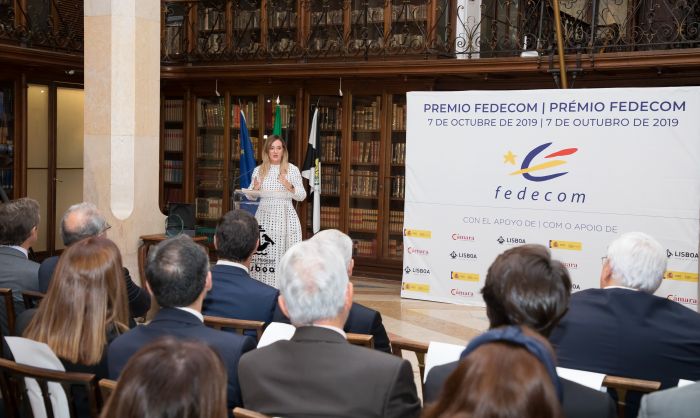 In July 2019, the company opened its first supermarkets in Portugal, this opening of the supermarket chain abroad, entailed its first internationalization project. The company already employs 1,100 Portuguese workers. Today, the company has already opened 5 stores of the 10 planned for 2019. The opening of the stores, the offices in Porto and Lisbon, the Logistics Block in Póvoa de Varzim and the Coinnovation Center in Matosinhos, represent an approximate global investment of 260 million euros, since its announced entry into the Portuguese country in 2016. 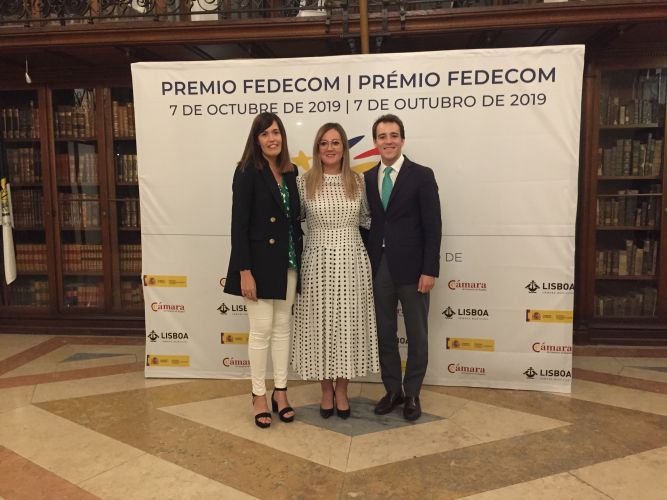 Eduardo Barrachina, president of FEDECOM, said: “In a world marked by political, economic and social uncertainties, the international expansion of MERCADONA becomes a good reference that reflects the adaptability of our companies.”

For her part, Elena Aldana, Director of External Relations of Portugal and European Affairs, commented: “We thank to FEDECOM for the recognition given to Mercadona in this important year for us, in which the company has developed its first internationalization project. This award is a result from the effort of all of us who form Mercadona. Only in this way it is possible to create a great company with a great Model, just as Mercadona is.”

Juan Rodriguez-Villa Matons and Maria Catalán, President and Secretary General, respectively, of the Official Spanish Chamber of Commerce in Belgium and Luxembourg, attended the event.

Fifteen Spanish enterprises and sectorial associations take part in the first...
This site uses cookies to provide you with a more responsive and personalized service. By using this site you agree to our use of cookies. Please read our cookie notice for more information on the cookies we use and how to delete or block them.Accept Read More
Scroll to top