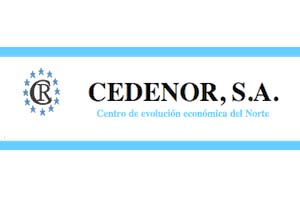 On 29 October, CEDENOR Consulting, SA, presented its new establishment in Brussels. The event was organized by Brussels Invest-Export and was attended by the Secretary General of the Chamber of Commerce of Belgium and Luxembourg, Maria Catalán, as well as by the representatives of regional offices and directors of Spanish companies in Brussels, among other attendees.

The presentation began with the intervention of Stefaan Lenaerts, responsible of the Department of Latin America, Italy, Spain and Portugal from Brussels Invest-Export, who welcomed the audience and congratulated CEDENOR for its new project in Brussels.

Mr. Parizo began his statement presenting the origins of CEDENOR, founded in Santander (Cantabria) in 1989, with the vocation of providing an advisory service and integral consulting to companies and individuals, with a team of professionals specialized in different areas who are able to answer the needs generated by its customers over the last few years.

Subsequently, Mr. Pariza based his presentation on the interesting “Blue Lake Strategy” from the 90s, to explain that as a result of the differences between the different markets, CEDENOR has chosen to create a new strategy based on International Marketing. Thus, CEDENOR pretends to look for new customers without the need of dividing the existing markets.

As a result of this new strategy, Mr. Pariza showed the attendees a first video in which the project CEDENOR-SODERCAN was explained: the creation of an exportation consortia between companies of the metal-mechanic sector in Cantabria. Then, a second video was projected in which the models of collaboration and cooperation between the companies of the metal and naval sector, which conforms the first consortia Industrial Manufactures of Cantabria (IMC), were presented.

Mr. Pariza concluded his intervention mentioning the signature of the collaboration agreement between the Ibero-American Federation of Adults Associations-FIAPAM and FIAPA-Fédération Internationale des Associations de Personnes Âgées, an act that count with the auspicious of ANAP-Associazione Nazionale Anziani e Pensionati (Italy) and UNATE-The Permanent University. Mr. Pariza highlighted that through this collaboration agreement Cedenor will support the formulation of projects, programs and activities in the socio-sanitary and research sector to compile and promote great practices directed to adults at European level.

After a question time between the attendees, the manager of GEISSERR&LARR Consultancy in Bilbao, Ricardo Castillo Barrios, cooperation partner of CEDENOR in its project of internalization, closed the act with some words for the attendees, in which he emphasized the importance to help and support Spanish SMEs on their way to internationalization.

Breakfast meeting with members: Opportunities for business development in the...

Meeting with the Spanish Chamber of Commerce in Germany
This site uses cookies to provide you with a more responsive and personalized service. By using this site you agree to our use of cookies. Please read our cookie notice for more information on the cookies we use and how to delete or block them.Accept Read More
Scroll to top