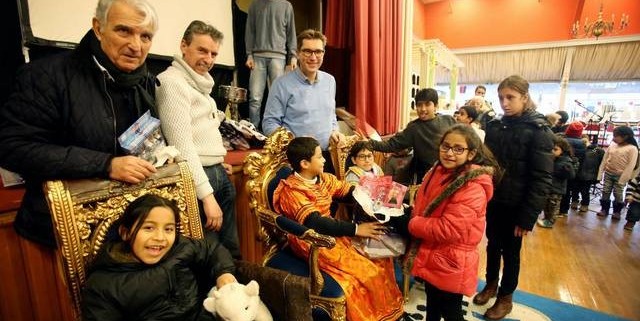 Last Saturday January 14th the Three Wise Men party was celebrated in the Boudewijn park in Bruges. Between the assistants, there were more than a hundred Spanish-speaking children living in Belgium and many families from all around the region. The celebration of the Three Wise Men or Epiphany Day is the same as St. Nicholas Day, which is celebrated in Belgium every December 6th. As every year, the Chamber participated in the organization of such endearing event.

The eleventh edition of this celebration, hosted by Juan Rodríguez, president of the Official Chamber of Commerce of Spain in Belgium and Luxembourg, was organized inside the park. During the event, a lunch, a concert and a festival of games were offered inside the park, ending with an ice-skating session for everyone.

First Administrative Board meeting of the Chamber
This site uses cookies to provide you with a more responsive and personalized service. By using this site you agree to our use of cookies. Please read our cookie notice for more information on the cookies we use and how to delete or block them.Accept Read More
Scroll to top