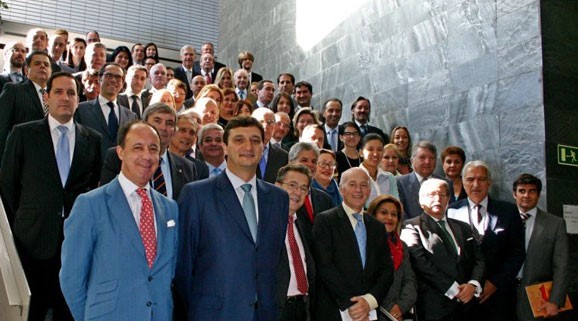 The presentation of the meeting was given by the general chief of the Council, Mr Javier Carretero, who explained the attendees the highlights of the new Law of Commercial Chambers, pointing out the challenges that the new Chamber of Spain -that will be set up on 19 November- will have to face.

In the second day of the meeting, member of different departments in the Council discussed the project and services the National Council has channeled through a National Chamber Network. The areas presented, besides aspects related to corporative and marketing proposals, were International Commerce, Certification Service, Formation and Employment, Arbitrage, Retail Commerce and Tourism, Funding and Innovation.

For all of the Spanish Chambers abroad interested in the programs and projects before exposed, a networking was arranged by members from the Council who explained further details about them.

Source: High Council of Chamber of Commerce, Industry and Navigation of Spain.

Breakfast meeting with partner company Streff
Scroll to top
This site uses cookies to provide you with a more responsive and personalized service. By using this site you agree to our use of cookies. Please read our cookie notice for more information on the cookies we use and how to delete or block them.Accept Read More
Privacy & Cookies Policy