On Friday the 4th of June 2021, the Official Spanish Chamber of Commerce in Belgium and Luxembourg organized a virtual debate within the scope of its platform “Desayunos con la Eurocámara”(Breakfast with the Eurochamber), created with the aim of bringing the EU Parliament´s debates closer to Spanish companies. As part of these debates we invited MEP Luis Garicano, Head of Ciudadanos Delegation to the European Parliament, Vice-President and Economic Coordinator of Renew Europe.

The topic of this debate was “The priorities of the Renew Europe group for this legislature”. 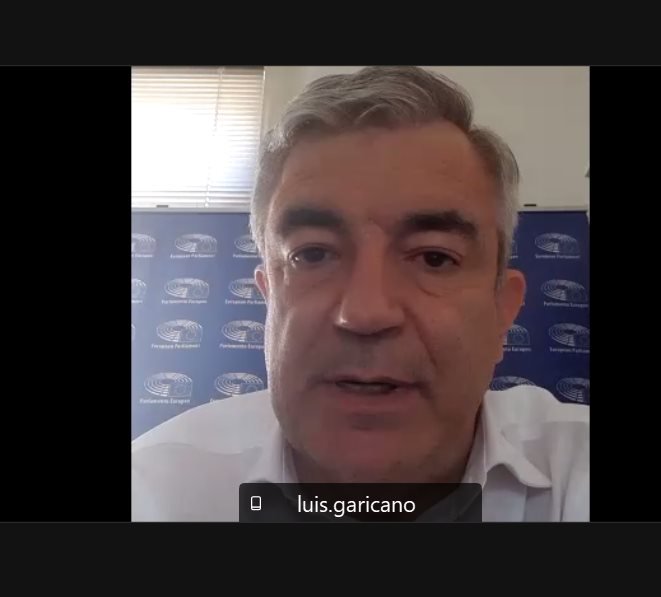 MEP Garicano analyzed, in the first place, the current situation of the Next Generation European recovery funds as well as the establishment of a Resiliency and Control Mechanism by the European Commission.

The speaker positively assessed the consensus reached within the Renew Europe group in these matters, as well as the responsibility of the Spanish and Italian representatives to show the efficiency of NGEU and React EU funds.

Next, the speaker explained the different transparency accomplishments of Renew Group in the European Parliament, regarding supervision, access and control rights by the Antifraud Office and the European Court of Auditors. Additionally, MEP Garicano expressed his concern about the European recovery funds management. In this sense, he centered his speech on the funds oriented at training programs or the low investment in youth employment.

During the Q&A session, the participants were able to express their doubts and to make comments about numerous matters of interest. Thus, different topics were discussed such as the lack of competition in certain technological sectors in Spain comparing to other European countries, the PERTE allocation criteria, SME’s position to access these aid funds, regulatory challenges in the European liberalization of the telecommunications sector and finally the disparities between the allocation of European funds.

Finally, MEP Garicano concluded his intervention by highlighting the lack of political consensus as one of the main barriers to an effective European funds’ distribution, which were closely analyzed.

The Official Spanish Chamber of Commerce in Belgium and Luxembourg would like to wholeheartedly express its gratitude to MEP Luis Garicano for his participation in the debate and to all participants for their presence.

Webinar “European Tenders and Opportunities as an Expert”

MobiliseSME programme, giving SME’s staff the opportunity to travel and develop...
Scroll to top
This site uses cookies to provide you with a more responsive and personalized service. By using this site you agree to our use of cookies. Please read our cookie notice for more information on the cookies we use and how to delete or block them.Accept Read More
Privacy & Cookies Policy