On Tuesday the 11th of May, 2021 the Official Spanish Chamber of Commerce in Belgium and Luxembourg organized another virtual debate in the scope of its platform “Desayunos con la Eurocámara”(Breakfast with the Eurochamber), created with the objective to bring the EU Parliament debates closer to Spanish companies. As part of this debates MEP Javier Moreno Sánchez was invited  from the Group of the Progressive Alliance of Socialists and Democrats.

The topic of this debate was “Priorities of European Socialist parties for this political term”. 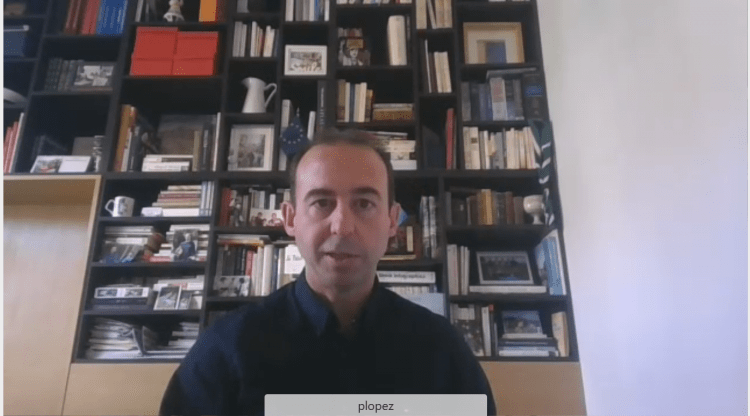 sed in the first place the fast and agile pandemic’ management by the European Union, remarking the important task undertaken by the Parliament and the Group of the Progressive Alliance of Socialists and Democrats in the health emergency funds’ unblocking in March of 2020 and during the pandemic.

MEP Moreno also highlighted the good response provided against the challenged occurred during this historical year, such as the Brexit negotiation and the health situation, together with preserving democracy and rule of law in the different member states.

Thereupon the speaker explained the different priorities of his group. As top priority, he highlighted the recovery of social life through the European vaccination campaign, together with the facilitation of European mobility through the so-called Covid Certificate. He also underlined the vital importance of implementing the economic recovery plans with an economic and digital transformation scope, while taking into account gender equality and creating job opportunities for the younger generations.

The speaker also established immigration policy management as one of his Group’s main challenge, which will rely on the Blue Card initiative, with the objective of facilitating the arrival of highly qualified workers. MEP Moreno also defined CAP reform as a main challenge in which the group is actively involved. 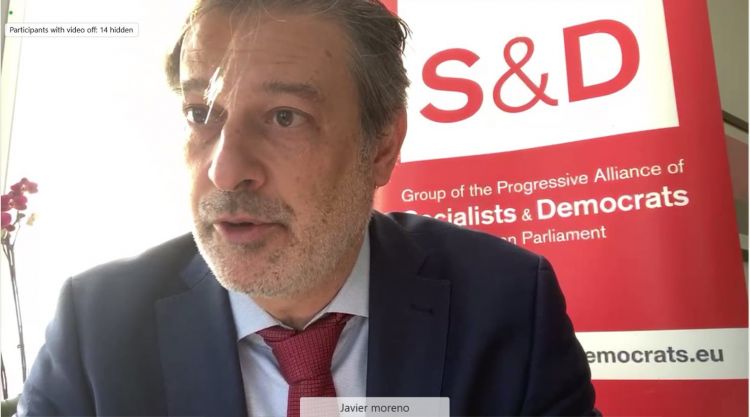 During the Q&A session, the participants were able to express their doubts and to make comments about numerous matters of interest. Thus, different topics were discussed such as the European card for disabled people, the challenges and opportunities derived from MERCOSUR changes or the Conference on the Future of Europe.

From the speaker’s point of view, it is critical to take advantage of the opportunities from the pandemic to reinforce the EU commercial position in South America, as well as transmitting to the EU citizens the successful implementation of initiatives such as the Conference on the Future of Europe in order to encourage a higher participation in the upcoming EU election. Regarding the European card for disabled people, the speaker remarked that the delegation is hearing societies’ needs through amendments to facilitate the Covid Certificate to disabled people, as well as streamline the implementation of the European card for this group of people.

The Official Spanish Chamber of Commerce in Belgium and Luxembourg would like to wholeheartedly express its gratitude to MEP Javier Moreno for his participation in the debate and to all participants for their presence.

The Chamber presented Young Entrepreneurs’ fuck up stories: Partners and...
Scroll to top
This site uses cookies to provide you with a more responsive and personalized service. By using this site you agree to our use of cookies. Please read our cookie notice for more information on the cookies we use and how to delete or block them.Accept Read More
Privacy & Cookies Policy