On September 22nd, the Spanish Official Chamber of Commerce in Belgium and Luxembourg hosted a new event within the cycle “Breakfasts with the European Parliament”, a platform for meetings between Spanish companies and the European Parliament, on the “Priorities of the Committee on Industry, Research and Energy (ITRE) for the new term”. The event was attended by MEPs Pilar del Castillo (PP) and Lina Gálvez (PSOE), who belong to the Commission.

Pablo López Álvarez, Vice President of the Chamber and moderator of the event, welcomed and thanked the speakers for their participation and made a brief presentation.

Pilar del Castillo began by explaining how the energy sector is facing a wave of innovations related to the application of green energies and the decarbonization of the economy. The Commission has launched several communications on this subject, but has not yet published any legislation. The MEP also stressed the importance of innovation and research, as they are crucial for the whole economy and each of its sectors. 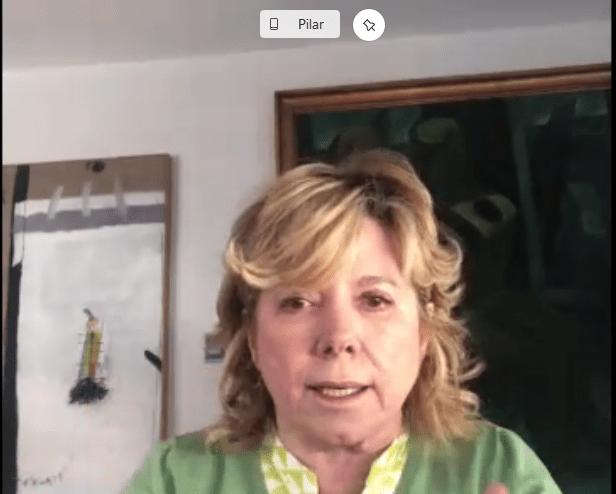 Del Castillo also emphasized the need for the legislative proposal made by the Commission to take into
account the entire value chain of the different industrial sectors. Finally, the speaker addressed the issue of digitization, highlighting that it was already an important issue before the coronavirus crisis, but now more than ever it is an indispensable element since it was the new technologies that sustained the economy and society during the toughest months of the crisis and continue to do so today. These new technologies also have to be applied as added value to the European Union in order to optimize their potential. The new technologies imply very important scales of investment, but they are even more necessary for the evolution of the SMEs.

As a member of the Artificial Intelligence Commission, the MEP also referred to AI as a central element that will revolutionize daily life and the economy, allowing for the optimization of investments and improving the competitiveness of companies. Del Castillo also referred to the importance of data in this process of digitalization, despite the fact that in Europe they are very compartmentalized. Therefore, a common space for European Union data would be necessary, which would be very useful to face, for example, health crises such as the one we are experiencing. All this without forgetting the crucial importance of privacy in this area. 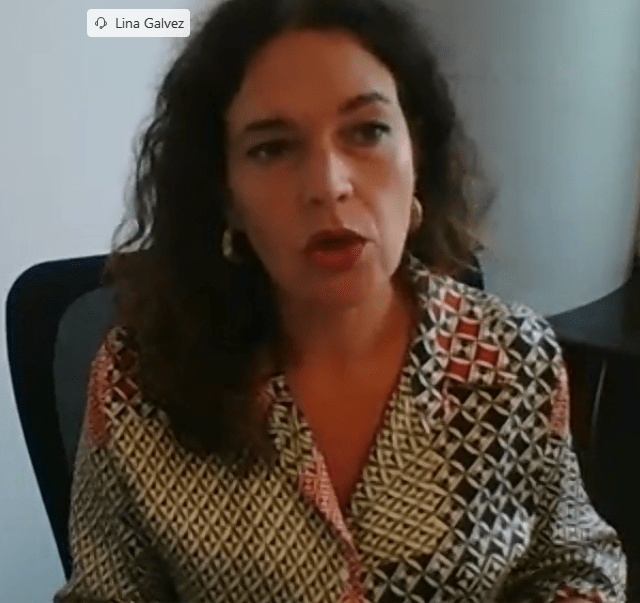 Lina Gálvez took the floor talking, firstly, about the modification of the priorities of the ITRE committee as a result of the crisis of the COVID as well as the energy and digital transition (twin transition), mentioning the decrease in commitment to research and renewal by the EU in the latest budget negotiations, which she considers a big mistake. The MEP also explained how in Europe there has never been a single industrial strategy, although it is clear that there should be as a result of this crisis. Gálvez also stressed the importance of green energy, with the horizon of climate neutrality for 2050 to which not all member countries are at the same point. He also referred to how climate and energy legislation have a central weight in the regulatory agenda of the coming years: hydrogen, electric batteries and the long-term commitment to green energy are some of the items on the agenda.

Gálvez spoke of the power of the EU’s commitment to data strategy to benefit the industrial sector, along with the importance of the spirit of the European Union in the processing of this data, creating a common data strategy for all member countries to use for their benefit. Finally, the MEP stressed the importance of implementing a system so that citizens have rights and knowledge about the use of their personal data.

During the question time, the participants were able to ask several questions on various topics. Thus, topics such as the cuts in EU budgets and their impact on industry, the European Renovation Council, the preparation of the National Plan for Recovery and Resilience, the hopes and priorities of the new Commission on Artificial Intelligence, and finally on the ITRE Commission and its proposals to address the crisis were discussed.

From the Spanish Official Chamber of Commerce in Belgium and Luxembourg we would like to thank Lina Gálvez, Pilar del Castillo, and to all attendees for joining this event.

National Security Council launches the risk management strategy
Scroll to top
This site uses cookies to provide you with a more responsive and personalized service. By using this site you agree to our use of cookies. Please read our cookie notice for more information on the cookies we use and how to delete or block them.Accept Read More
Privacy & Cookies Policy