Last Wednesday February 10th 2021, the Official Spanish Chamber of Commerce in Belgium and Luxembourg  organised a new virtual breakfast-debate in the framework of its “Business Circle” platform. María Martin-Prat, Director, Directorate-General for Trade (DG Trade), Chief Negotiator for EU-China Comprehensive Agreement on Investment (CAI) participated in the debate. The breakfast focused on “the new agreement between the European Union and China in investments: implications for businesses” and was organized in collaboration

Pablo López Álvarez, Vice President of the Chamber and moderator of the event, welcomed and thanked the speaker and all the attendees for their participation.

To begin with, Philippe De Baere, partner in Van Bael & Bellis, took the floor to thank the speaker for her presence and for leading the negotiations on the agreement. Following that, he briefly presented the main challenges that the treaty is facing because of the existence of numerous detractors and the lack of a disputes resolution mechanism for investors.

Maria Martín-Prat began her speech by thanking all the attendees and the Official Spanish Chamber of Commerce for the possibility of holding this event. During her intervention, the speaker began presented in detail the content of the Comprehensive Agreement on Investment (CAI) recently reached with the Popular Republic of China. Firstly, the CAI stands out for not being a regular investment protection treaty nor a free trade agreement. The Chief Negotiator explained that the objective of this agreement is to help investors from EU Member States to enter the Chinese market and prevent the problems of arbitrariness and discrimination that they may face, as well as updating the investment legal framework that is currently governed by a multitude of bilateral agreements between the different Member States and China. María Martín-Prat highlighted the enormous relevance of the Chinese market for European businesses with a level of accumulated investments of the EU in China of up to 140 billion euros in the last years in a market of 1.400 million inhabitants with huge investment capacity. It also needs to be taken into account the particularity of the Chinese model and the problems that numerous European businesses have faced in the country regarding access barriers, forced joint ventures and other disadvantages.

Regarding the content of the agreement in itself, the speaker explained that one of the principal objectives is to achieve a level playing field for accessing the market for European investors and acquire from the Chinese side a series of commitments to assure the maximum access under equal conditions in some agreed sectors, always in accordance with the rules of the World Trade 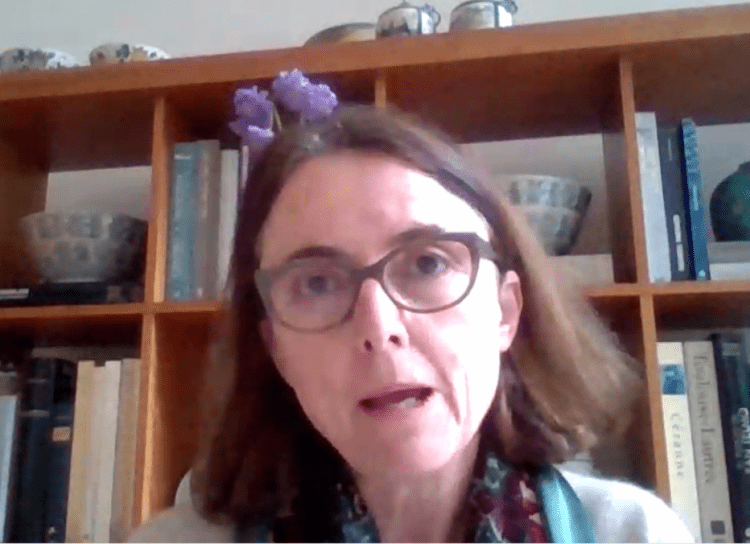 Organization (WTO). The CAI is part of a much bigger strategy of negotiation with China and of protection of the strategic autonomy of the European Union in the international scene. With this new agreement, China commits to open to the new European investors specific sectors that were, until now, practically closed such as telecommunications, aerial, private health, financial services, research or automobile. Martín-Prat also distinguished as the most important points of the agreement the existence of obligations to prevent the forced transfer of technology, the existence of a rapid reaction mechanism at the highest level, the improvement of transparency in state aid and the labor obligations that China will undertake through the ratification of certain World Labor Organization (WLO) rules. Lastly, the speaker presented the decision process that the agreement will need to follow in the next few months. It will start by publishing the full treaty, then go through legal scrutiny, translation and finally, its submission to the European Parliament and the Council of the European Union. Although discussions with European co-legislators and civil society are complicated and the fate of the agreement may depend on subsequent political or geopolitical developments, María Martín-Prat was optimistic that it could be quickly validated and put into operation.

During question time, attendees were able to express their doubts and comments on numerous issues of interest such as anti-dumping regulations, the timing of the agreement, the current and future relationship with the United States in trade, as well as clauses related to copyright and the cultural sector were discussed.

From the Official Spanish Chamber of Commerce in Belgium and Luxembourg we would like to warmly thank María Martín-Prat for her participation, our member company Van Bael & Bellis  for their collaboration in organizing this event and all the attendees for their presence.

Interview with Juan Carlos Durán, Senior Private Banker at Banque de Luxem... Interview with Juan Ramón Caridad, Sales Head Iberia, Latam & US Offshore...
Scroll to top
This site uses cookies to provide you with a more responsive and personalized service. By using this site you agree to our use of cookies. Please read our cookie notice for more information on the cookies we use and how to delete or block them.Accept Read More
Privacy & Cookies Policy