Last Thursday January 28th the Official Spanish Chamber of Commerce in Belgium and Luxembourg organized a new virtual breakfast-debate in the framework of its “Business Circle” platform.  Nathalie de Basaldúa, Deputy Head of the Cabinet of Mairead McGuinness, Commissioner of Financial services, financial stability and Capital Markets Union, participated in the debate. The breakfast focused on the “Priorities for the Financial Services Agenda in 2021” and was organized in collaboration with the Spanish Banking Association (Asociación Española de Banca – AEB). 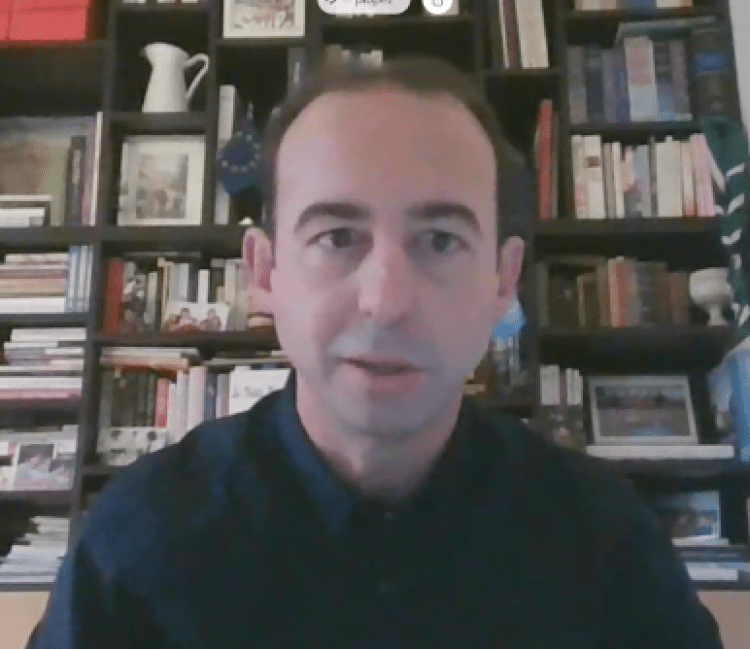 Pablo López Álvarez, Vice President of the Chamber and moderator of the event, welcomed and thanked the speaker and all the attendees for their participation.

To begin with, José María Roldán, AEB President, member of the Chamber, took the floor to thank the speaker for her availability and those present for their attendance. The President highlighted how, apart from the crisis linked to Covid-19, the mere development, maintenance and updating of the European regulatory framework already entails an activity for the sector in the coming years. José María Roldán also wanted to highlight the importance that the new US administration could have on relations with the EU for the financial sector due to its regulatory influence. Although, for the moment, the current crisis does not seem to have had a critical impact on the financial sector, the reality is that great uncertainty persists, an 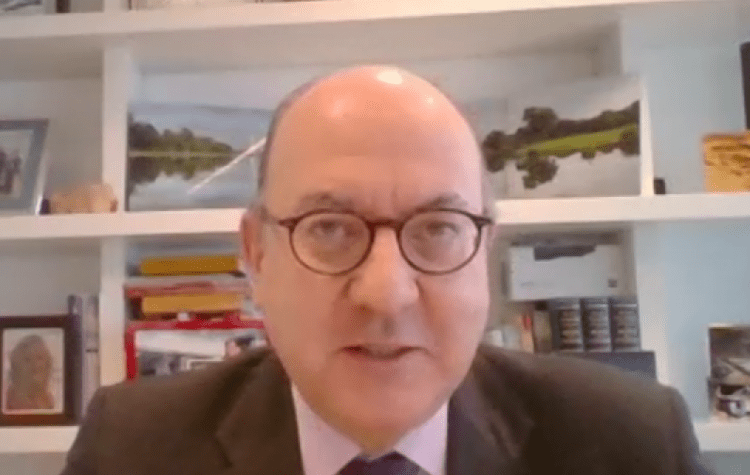 d the sector must be prepared. Finally, the President highlighted the impact of digitalization on the sector and suggested changing the regulatory paradigm from reactivity to prevention to regulate the growing financial role of large digital players.

Nathalie de Basaldúa began her speech by thanking all the organizers and attendees for the possibility of holding this event. The speaker began by highlighting the various initiatives launched by the European Commission during 2020 as a result of the Covid-19 crisis, especially by Commissioner McGuinness, such as the European bonds, the Sure program, the mobilization of billions of euros or the quick fix mechanism implemented for the financial sector. The Deputy Head of the Cabinet also focused her speech on the work program scheduled for 2021 and the several dossiers that will be published in a very wide range of areas ranging from the review of existing financial frameworks to the regulation of digital financial areas, including green investments and insurance.

Among the dossiers scheduled for 2021, the banking union, where a consultation has been launched on crisis management and the deposit guarantee framework, or the incorporation of the Basel III agreements, postponed due to the pandemic, stand out. In the digital area, the Commission will launch a proposal to regulate figures such as cryptocurrencies/crypto assets, a digital operational resilience framework and will study the possibility of a digital euro. She also highlighted the anti-money laundering and MFID proposals as well as the regulation of green insurance, sustainable finance and the implementation of an ecolabel and an ecobond. Finally, de Basaldúa emphasized the new reality of financial services after Brexit as they are not covered by the agreement, having to be detailed in a cooperation framework of their own before April 2021. With regard to the new US administration, everything seems to indicate that the change of tone will favour greater cooperation in the area of sustainability and other sectors.

Lastly, during time allotted for questions, attendees were able to express their doubts and comments on numerous issues of interest. Thus, topics such as the dependence of the euro on the London financial centre, the constant review of the different regulations, the uncertainty about the impact of the crisis on SMEs, the regulation of the activity reserve in consumer loans and the Digital Services Act were discussed.

From the Official Spanish Chamber of Commerce in Belgium and Luxembourg we would like to warmly thank Nathalie de Basaldúa for her participation, our member company the Spanish Banking Association (AEB) for their collaboration in organizing this event and all the attendees for their presence.

The forums “StartCraft, Co-innovating for the future of crafts”...

Internal meeting in the framework of the Spanish Financial Forum
This site uses cookies to provide you with a more responsive and personalized service. By using this site you agree to our use of cookies. Please read our cookie notice for more information on the cookies we use and how to delete or block them.Accept Read More
Scroll to top