On March 15th, the Official Spanish Chamber of Commerce in Belgium and Luxembourg, in collaboration with its member Spanish VAT Services, organized a conference about the “VAT on intra- community and e-commerce operations”. The event gathered representatives of different Spanish and Belgian companies, members of the Chamber, representatives of European Institutions and Spanish regional delegations.

The speaker of the conference was Fernando Matesanz, Managing Director of Spanish VAT Services and member of the International VAT Association.

For the second year in a row, Fernando took part in this conference, and once again the attendees showed a lot of interest. This was evidenced by the great number of questions that were raised during the conference.

The application of VAT is a key factor for companies acting at an intra-community level  when defining their profit margin. Nevertheless, not all the companies are aware of the exemptions and tax advantages available to them within the EU. 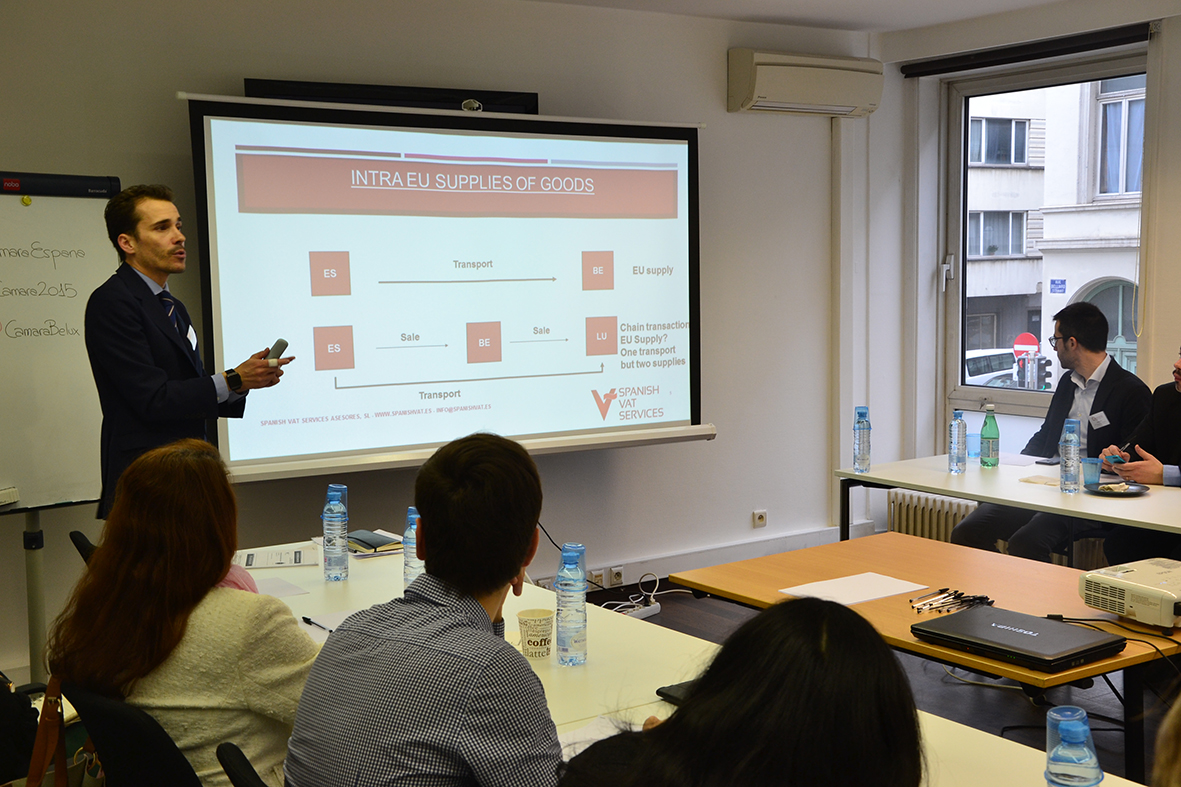 First, Fernando Matesanz began his speech by explaining the current situation of the intra-community trading operations, which cannot be considered as exportations. Additionally, he exposed how the intra supplies of goods are VAT exempted, provided that they meet some requirements, such as having a VAT number (included in the VIES database) and being able to prove the transport of the goods outside the supplier’s country.

Sometimes, the deadline for getting this number changes between countries. This have put some recent created companies in difficulty in terms of trading within Europe.

Moreover, it is not always easy to prove both requirements, which have led to some controversies that were solved by the European Court of Justice.

Nowadays, we find different harmonisation proposals that aim to clarify the criteria to has to be followed when many chain transactions are done.

On the other hand, the speaker highlighted the usefulness of the M.O.S.S (Mino One Stop Shops), that aims to avoid companies to pay a different VAT within each country they operate. According to this system, the Company pays taxes to its National Authority, which is in charge of satisfying the debts acquired with the other EU country’s authorities. However, there are some countries which have a bigger commercial network than others, which led some Member States to reject this proposal.

Subsequently, Matesanz referred to the supply of services. The taxation for these exchanges is set out in article 44 of the European VAT Directive. According to this article, “the place of supplies of services to a taxable person acting as such shall be the place where that person has established his business”. But still, a supplier of a service must always check if the recipient of the service is a taxable person, if it is acting like one and the place where it is established. 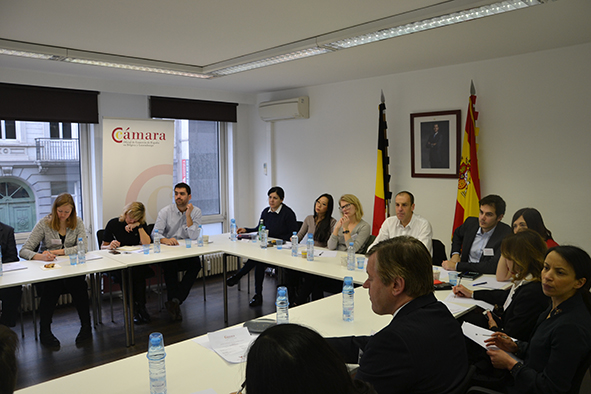 This point gave rise to a discussion among the attendees, who were deeply involved in the debate. Sometimes, the companies have headquarters in one country, but they also have some fixed establishments in other countries, that  are, in fact, the beneficiaries of the service. Therefore, they should be the ones receiving the invoice of the taxations.

Then, Matesanz briefly mentioned the characteristics of non-EU trade, that is the direct and indirect exportations.

To conclude, the speaker underlined the importance of e-commerce nowadays, given the high number of transactions that are carried out through the Internet daily. For this reason, he spent some time to differentiate  B2B e-commerce goods transactions (which work in the same way as EU supply of goods) from B2C goods transactions, more typical of Internet sales, in which companies must take  into account the VAT of all the countries included in the transaction.

At the end of the conference, the participants were able to openly raise their questions.

Again, this conference held together with our partners of Spanish VAT Services was a success and met the expectations of those present. From the Chamber, we hope to count on their presence in future editions.

Presentation of the Chamber at the University of Antwerp

Networking lunch with a delegation from the Extremadura Family Business Ass...
This site uses cookies to provide you with a more responsive and personalized service. By using this site you agree to our use of cookies. Please read our cookie notice for more information on the cookies we use and how to delete or block them.Accept Read More
Scroll to top