Last February 7th, the Chamber of Commerce organized a luncheon-debate with Luis Planas Puchades, Secretary General of the European Economic and Social Committee under the title The European Union and Spain in 2018. The event counted on the presence of the Ambassador of Luxembourg and some 20 representatives of the European institutions and companies’ directors. 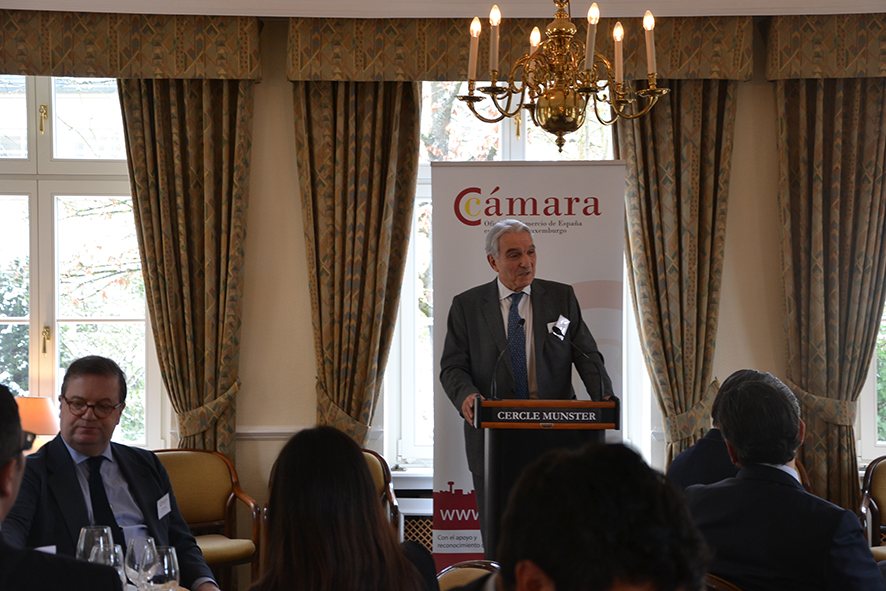 Juan Rodríguez-Villa Matons, President of the Spanish Chamber of Commerce in Belgium and Luxembourg pronounced some welcome words and introduced the speaker, bringing to light his recognized professional career.

He also thanked him for his ongoing collaboration with the Chamber through the past years.

Immediately, Luis Planas started his intervention by underlining two essential points: the European elections of May 2019, and the future presidency of the European Commission.

Regarding the first point, he reminded that after the Brexit, 63 seats of the European Commission will be free, thus, having arisen divergent opinions about the future of the Commission. On the one hand, there are people considering it as an opportunity to establish the German electoral system, and on the other hand, those who opt for the redistribution.

For the moment, there are some proposals made in the Parliament which suggest increasing the number of seats of all the member states (for example, increasing them from 54 to 60 in Spain).

Regarding the presidency of the European Commission, he mentioned that Spain clamis that the best choice is a government formed in accordance with the most voted list.

Furthermore, he mentioned the financial perspectives for Europe: the actual budget is set until the year 2020, and the new one will be settled for the following 7 years, that is 2027.

To that, the exit of the United Kingdom from the EU and its respective revenues – estimated at 12 billion-,must be taken into account. Therefore, the Commission pretends to allocate 80% of the budget for the new contributions and the remaining 20% for the budget restrictions. 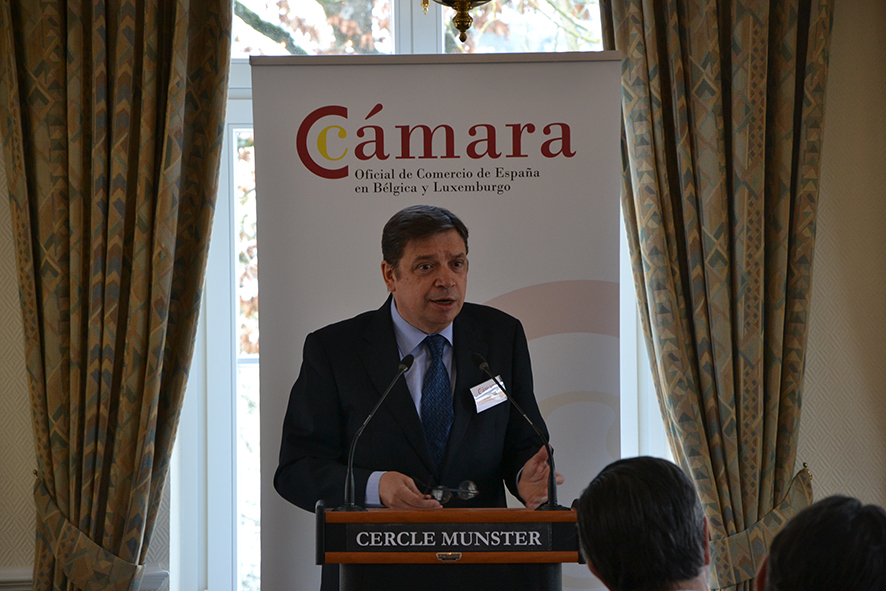 r issue which have to be taken into account is how the Common Agricultural Policy of the EU will be administrated, since Spain is one of the main beneficiaries of such funds, and so negotiations will be necessary to meet the best conditions.

The Secretary General also mentioned two aspects of the EU which have to be preserved for the benefit they bring. On the one hand, the Erasmus program and everything related to it: the advantages this program offers are undeniable and that is why there is a consensus about the importance of preserving it. On the other hand, there is the support to the R&D, and all the new challenges in security matters, defense and integration.

He also addressed the dilemma of the Brexit, underlining the perfect work of Michel Barnier and his team, who will keep on fighting for building the best relationship with the United Kingdom.

To conclude, Mr. Planas gave an optimistic vision about the future of the EU, but raised concern about the respect of the law in the member states due to the actual situation occurring in countries such as Poland and Hungary. He reaffirmed that a society without law and respect to the law, constitutions or treaties cannot work from a commercial point of view, neither for the citizens. He also said that it is necessary for the EU to take charge of the social aspects of the European integration. The elements related to the social protection are essential for the cohesion of the society and for its functioning.

Once the public speaking finished, the President of the Chamber and the Spanish ambassador in Luxembourg gave an award to the speaker, as a proof of gratitude. 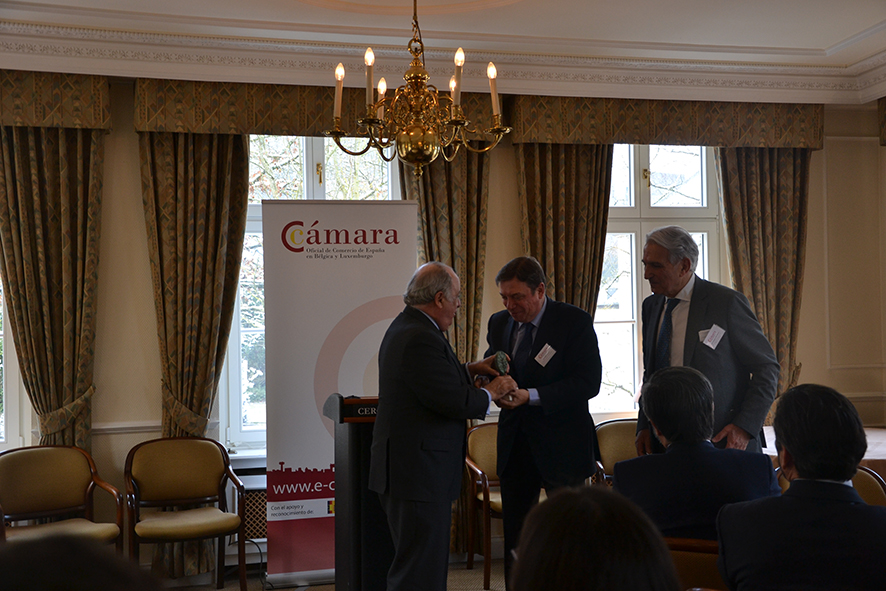 After the intervention, the participants had the chance to formulate their questions to Mr. Planas. The main topic was the situation around the Brexit and its consequences on the new EU and Spain.

Breakfast-Conference: “Understand and promote the compliance”

Info Day about the PICE Mobility Plan
Scroll to top
This site uses cookies to provide you with a more responsive and personalized service. By using this site you agree to our use of cookies. Please read our cookie notice for more information on the cookies we use and how to delete or block them.Accept Read More
Privacy & Cookies Policy