On May 28, the Official Spanish Chamber of Commerce in Belgium and Luxembourg organized a luncheon-debate at Cercle Münster in Luxembourg with Antonio Carrascosa, Director of Resolution Planning and Decisions of the Single Resolution Board (SRB), under the topic “The role of the SRB within the Banking Union”.

The event was attended by the Ambassador of Spain in Luxembourg and a score of representatives of financial institutions, European institutions and business executives.José Luis Rodríguez Álvarez, Vice President of the Chamber, gave a few words of welcome and introduced the speaker, Antonio Carrascosa, highlighting his recognized professional career. 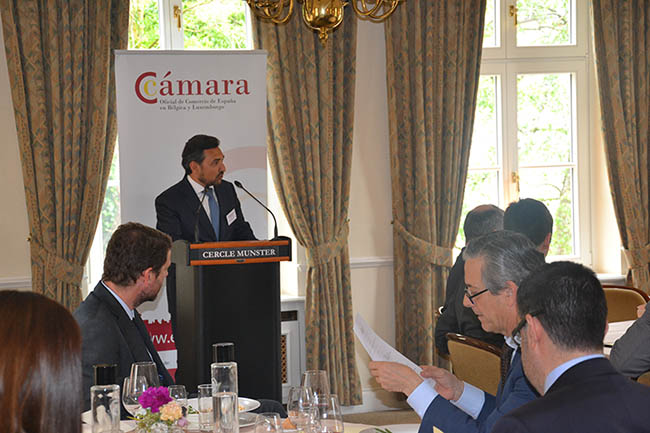 Then, Carrascosa began his speech by presenting the SRB and explaining its main functions, such as avoiding the contagion effect in the case of a bank with problems, determining if it should be liquidated or trying to resolve it and, in this case, avoid that the taxpayer ends up carrying the cost of said resolution. The main tools to solve a banking entity consist of: “BAIL-IN“, cut the value of liabilities, and the sale of less profitable business lines to improve the general solvency and liquidity position.

The rest of the intervention was about reflecting on the lessons he learned in cases in which the SRB had to decide a resolution.

He stressed as a first lesson that the resolution model collides with the so-called “medium” banking because its financing model is not compatible with the current regulatory reality. Under this new paradigm, banks that have only capital and deposits in their liabilities are difficult to solve. The only alternatives are to merge or disappear.

Managing liquidity before resolution is also important. It may be the case of entities without solvency problems, but due to a trust problem, a crisis is triggered, and a resolution must be made. Carrascosa highlighted the purchase by Banco Santander of Banco Popular, injecting double the amount that the SRB could have provided. The absence of a buyer may pose a serious problem of credibility and liquidity. 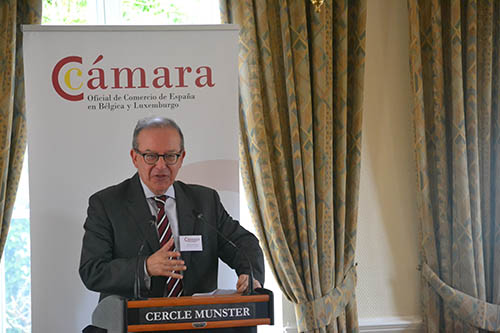 Some of the alternatives considered as SRB’s liquidity backstop, which is access to financing of last resort, are the European Stability Mechanism and the European Central Bank, with which the ideal would be to have an agreement to deal with the problem of liquidity after a resolution.

There are two currents in Europe when it comes to managing bank risk. On one hand, there are the countries that propose the risk mutualization through a line of credit guaranteed by a European public institution. On the other hand, there are countries that prefer the reduction of risk exposure over mutualization. They are not two opposite currents, but complementary. The difference of both approaches is more about which one should be applied first.

The SRB exists as a European resolution institution and it is related to the European Central Bank and the European Commission. Everything that favors, such cooperation between institutions to make decisions quickly, is fundamental. Its representatives are from the Council and the European Parliament. This regulatory framework reassures the citizen. Carrascosa, highlighted as fundamental the role of national authorities, executors of the decisions taken, with the capacity and experience to face a resolution.

It has been shown that the information provided by banks is very important. To be able to take decisions, they try to move forward so that in an online way banks provide all the necessary information to assess an entity or do a bail-in if necessary.

As a final point, Antonio defended the transparency of the Institutions towards citizens, although, clarifying that before a resolution, confidentiality must be absolute.

After the intervention, the participants had the opportunity to ask their questions to Antonio Carrascosa. Once the event was over, the president of the Chamber, Juan Rodríguez Villa-Matons, awarded the Director in gratitude for his participation in the Luncheon-Debate 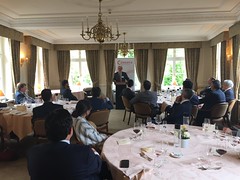 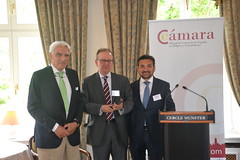 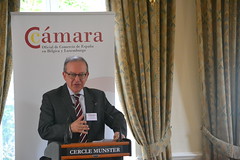 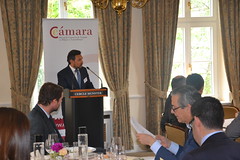 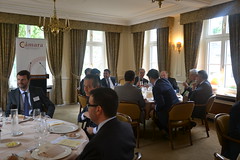 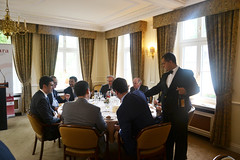 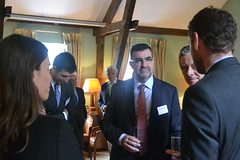 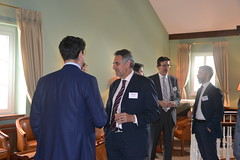 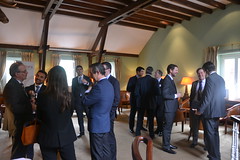 Collaboration of the Chamber in the b2fair of ICT Spring Europe

Success in the 3rd edition of the Social Networking Night
This site uses cookies to provide you with a more responsive and personalized service. By using this site you agree to our use of cookies. Please read our cookie notice for more information on the cookies we use and how to delete or block them.Accept Read More
Scroll to top