“Company of the Year” Award 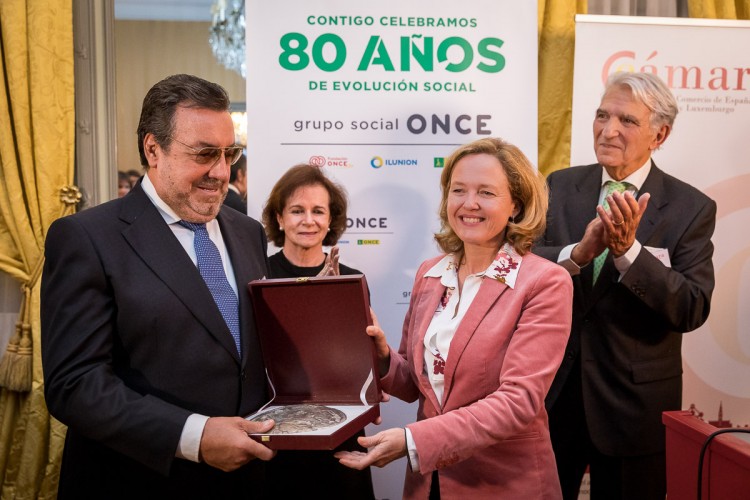 The Company of the Year Award 2013, the First Edition of the award, was granted to the company AirEuropa, in recognition of its rapid commercial position in Belgium and developments in recent years.

In 2014 and in its second edition, it was awarded to the company Indra, in recognition of its international presence and demonstration of leadership and competitiveness in its industry.

The winner of the Company of the 2015 Year Award, in its third edition, was Orona. The Basque company received this award as a recognition for its career in Belgium and Luxembourg, being one of the European leaders in lifts and mobility solutions.

In 2017, the Chamber awarded everis, now NTT DATA in its IV edition, the 2016 Company of the Year Award. The Catalan consulting firm, which operates in the telecommunications, financial institutions, industry, utilities, energy, public administration and healthcare sectors, achieved a turnover of 816 million euros in the last fiscal year.

The 2018 award was given to Grupo Social ONCE, for its work during its 80 years of experience. The foundation is a business model unique in the world for its leadership at international level. His active participation in Brussels within various business and disability organizations at European level, demonstrates his commitment to the integration process.

In the VI Edition in 2020, the award was given to Cacesa. The Chamber of Commerce recognises, with this award, the international presence of a company with more than 30 years of history, with operations on the 5 continents and with one of the most cutting-edge courier systems on the market.

In 2021, at the 7th edition of its “Company of the Year” awards, the Chamber recognised FCC Construcción’s great track record and its relevance in both the international and especially the European market. With this award, the international presence of a company with more than 120 years of history, with activities in more than 25 countries around the world and whose strategic lines are based on innovation, technology and sustainability, was recognised.

In its most recent edition, held in 2022, the Chamber honoured Bankinter Luxembourg, which landed ten years ago in the Grand Duchy, rewarding the international presence of a company that was the first Spanish bank with a banking licence to operate in Luxembourg, the country with the highest credit rating by the three rating agencies.