On 11 June 2014 the Official Spanish Chamber of Commerce in Belgium and Luxembourg organized a breakfast-debate during which Fernando Nogales Álvarez, Counselor of Parliamentary Affairs at the Permanent Representation of Spain to the European Union gave a presentation called “The European Parliament after the elections of 25 May”. The event started with the presentation of the Vice-president of the Chamber of Commerce, Pablo López Álvarez, who thanked the Counselor for his participation and stressed the strong interest of the partners for the institution in the celebration of this debate.

Afterwards, Fernando Nogales took the floor and thanked the Chamber of Commerce for the invitation and informed the audience on how the European citizens perceived the most recent European elections, which usually remain in the background with regard to the national elections.

However, he argued that the borders between the European and the national mingle increasingly and that the “European” issues have an increasing impact on the national elections, a phenomenon marked by the economic and financial crisis. The dissatisfaction with the European Union also has to do with the fact that the European Union is now not only perceived as a political institution but also an institution where decisions are taken with an impact on the real life of citizens.

Then he commented on the results of the elections and the configuration of the parliament by means of the different groups of which it consists. Finally, he gave the audience his personal assessment of the situation and how this will affect Spain. He carried out a political analysis in which he indicated that the populist or protest vote is not a unique phenomenon in Spain, but that it is common everywhere in the European Union. From his point of view, the common feature is the irritation or protest in light of a declining economy. “The reforms are not necessary within the EU as well as in the member states”, he added.

In the end, a debate originated between the assistants in which one had the possibility to comment and discuss the current situation of the European Parliament. 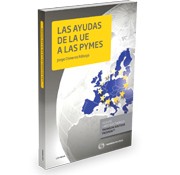 “The EU funds for SMEs”

Breakfast-debate with Félix Fernández-Shaw: Global strategy of the EU. Europe in the world

Meeting of Board of Directors of AISBL FEDECOM & Higher Council of Spanish...

Alfonso Dastis: The European Union in 2014 from a Spanish perspective
Scroll to top
This site uses cookies to provide you with a more responsive and personalized service. By using this site you agree to our use of cookies. Please read our cookie notice for more information on the cookies we use and how to delete or block them.Accept Read More
Privacy & Cookies Policy