The Ambassador Permanent Representative of Spain to the EU, Alfonso Dastis, has given a presentation on the topic: “The European Union in 2014 from a Spanish perspective”, during a luncheon-debate organized by the Official Spanish Chamber of Commerce in Belgium and Luxembourg and sponsored by the Spanish company Indra. Members of the Spanish and international diplomatic corps, managers of companies, as well as personalities and representatives of European institutions participated in the luncheon-debate.

The event started with a speech from Pablo López Álvarez, Vice-president of the Chamber of Commerce. In the first place, he wanted to thank Mr. Alfonso Dastis for his collaboration and his continual support for the Chamber. The Vice-president predicted that in 2014, a turning point for the community because of the renovation of the European institutions and the beginning of new European programs, Spain will begin a new period of growth and the bases for a definitive end of the economic crisis will be built.

Thereafter, Alfonso Dastis took the floor, focusing in his speech on four axes: On the one hand, from the economic point of view, he presented the importance for Spain to continue its efforts in overcoming the crisis. He emphasized the improvement of the economic situation in Europe and Spain and highlighted the fundamental role of the institutions and in particular of the European Central Bank in it, but he wanted to insist especially on the good management of the crisis of the current government that has, among other things, allowed us to be able to count on a healthy financial system. Furthermore, Spain is facing the next review of the European Central Bank as one of the best prepared countries.

Concerning the second, institutional, axe, he referred to the changes that will take place this year at the institutions after the elections at the European Parliament and the appointment of a new Commission. In this regard, the Permanent Representative of Spain to the European Union has highlighted the importance of ensuring the greatest and the best representation of our country at the European institutions.

The third axe of his lecture dealt with the future of the European Union, where he stressed the fact that Europe needs a common vision shared by everyone that is the result of a sincere and deep commitment of the Member States. This is something that, in his opinion, is difficult to obtain in a Union that currently counts on 28 members and that will continue to grow in a near future. However, it is not impossible.

Finally, he talked about the fundamental role Spain can play in all of these challenges, the importance of our contribution to the Union in every respect and the implication of all of the parties related with the European Union, government, administration and Spanish companies in order to communicate the positive elements of our role in Europe to the citizens.

Once the speech of the Ambassador ended, a lively debate between the assistants was generated. Issues such as the role of renewable energy in Europe, the lack of a common vision between the member states and the uncertainty concerning job creation and sustainability especially in the construction industry, were discussed. Mr. Dastis showed his optimism and his positive view on these issues and his expectations of improvement of all of them. The luncheon-debate ended with the appreciation of the Ambassador of Peru, Mrs. Cristina Ronquillo, who emphasized the role of Spain as leader in South America and the support Spain has always offered on this continent. 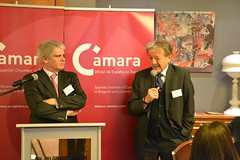 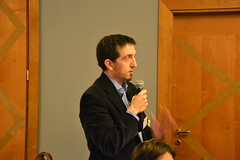 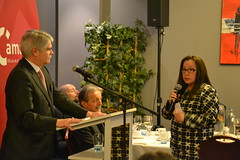 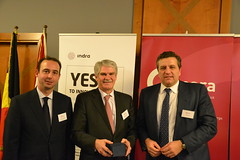 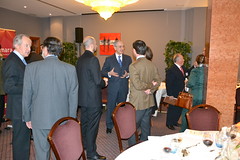 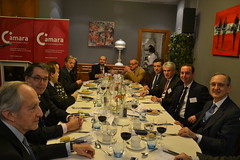 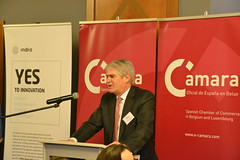 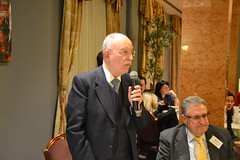 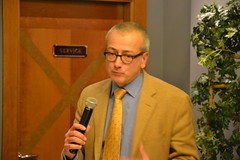 Breakfast-debate with Fernando Nogales, Counselor of Parliamentary Affairs at...

Equivalenza opens its first shop in Mechelen
This site uses cookies to provide you with a more responsive and personalized service. By using this site you agree to our use of cookies. Please read our cookie notice for more information on the cookies we use and how to delete or block them.Accept Read More
Scroll to top