Through this unprecedented day in Luxembourg, Spain was presented as a tourist destination, along with the gastronomic, cultural and business offer that surrounds it. More than 8,000 attendees enjoyed the Journée de l’Espagne. The Ambassador of Spain in Luxembourg, Bernardo de Sicart Escoda, and the Prime Minister of Luxembourg, Xavier Bettel, among other public figures, visited the Place d’Armes to take part in the event.

In the stand of LuxairTours, attendees were able to get information about the travel offers of the company in Spain and its flight connections from Luxembourg. Moreover, they organized several activities, such as face painting for kids or a golf-corner to test the attendees’ swing abilities. Luxi, their mascot, also attended the event. The Luxembourgish tour operator was the main sponsor of the Journée de l’Espagne.

Multiple Autonomous Communities were present at the Place d’Armes with the objective of showing the diverse tourist offer of Spain. Representatives from Gran Canaria, Fuerteventura, Tenerife, La Rioja, Galicia, Ibiza, Extremadura and Andalucía showed the Luxembourgish audience their cultural and tourist offer, by providing detailed information of their different travel options. PortAventura, the Span 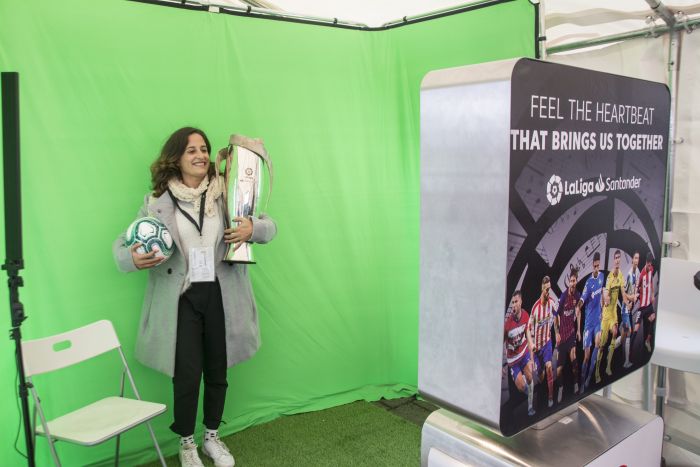 ish leisure complex located in the province of Tarragona and the most visited in Spain, was also represented at the event.

Spanish sports, one of the best ambassadors of our country, were represented by the stands of LaLiga, the Davis Cup and Baqueira Beret.

On the one side, LaLiga gave the opportunity to the attendees to take pictures next to the cup and the players of their favorite football team through their photosharing. On the other side, the Davis Cup also took to Luxembourg the cup of the tournament so that the participants of the Journée de l’Espagne would be able to take pictures with it. Baqueira Beret, provided information about the ski resort of the Arán Valley.

The Spanish gastronomy was the great protagonist of the Journée de l’Espagne. The attendees were able to enjoy a day in which the Spanish culinary richness that the participating companies took to Luxembourg was felt, tasted and explored through several traditional dishes, for instance, patatas bravas, churros with hot chocolate, Iberian ham, sangría, Spanish omelette, Padrón peppers… Churros Valyser, Bodega Salferso, The Cortador Academy and Bistro Podenco were the suppliers for the exquisite food and drinks of the day.

There was also a corner for those interested in studying and learning Spanish in Spain. EF and Fundación de la Lengua Española informed attendees about the possibilities to travel to Spain to learn Spanish, one of the most spoken languages in the world. Moreover, IE University showed the wide range of degrees and masters that they have available in Spain. 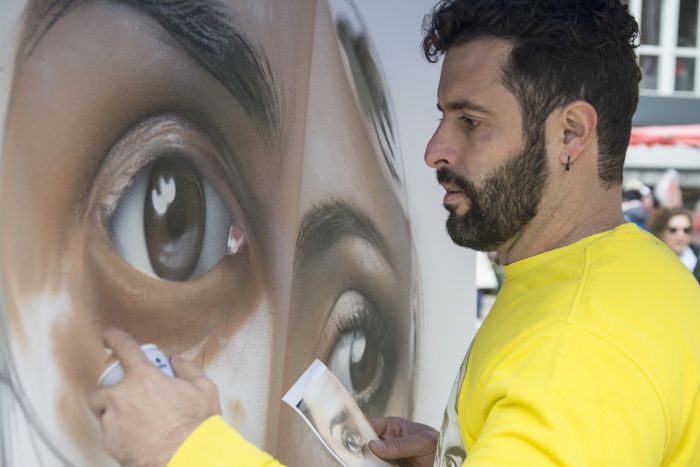 Zapinvest and Second Residence, in the real estate corner, presented their offer of apartments for sale in the main Spanish coasts, such as Costa Blanca, Costa del Sol, Costa Cálida, Mallorca or Tenerife.

The day was completed with an ongoing cultural schedule.

The artist Carolina Tafalla made reflect on the perception of friendship through the situational happening “Amigo”. Along with several volunteers, she went across the city center of Luxembourg to establish a friendship with pedestrians.

At the same time, the reknowed urban artist Miguel Ángel Belinchón, Belin, hypnotized with his postneocubist live painting that he finished at the end of the day. This time, he painted the Spanish actress Inma Cuesta.

During the day, several shows and concerts took place at the Place d’Armes. Vicky Villalba and her flamenco team started the day off with a sevillanas exhibition. Next, La Negra Albina impressed the audience with their Cumbia Psychotropic-Funk style. In the afternoon, Baïkonour, pleased spectators with their trip-hop, rock and electro concert.

The day ended with the shows of the DJs Alex Torres and James Go. Both created a more relaxed environment and cheered up the audience at the illuminated Place d’Armes.

On Friday 18th, within the Journée de l’Espagne framework, the Tourist Office of Spain in Belgium and Luxembourg organized a workshop at the Meliá Hotel in Luxembourg in which the participating Autonomous Communities and companies of the tourist sector met with Luxembourgish tour operators with the objective of presenting the Spanish tourist offer. Afterwards, the Chamber organized a networking dinner.

The Chamber and the Spanish Tourist Office thank the Embassy of Spain in Luxembourg, the Ville de Luxembourg and all the participating companies their collaboration for the great end result of this event.

On October 20, the Chamber organized, in collaboration with the Spanish Office of Tourism in Belgium, the Day of Spain (Dag van Spanje) in the central Groenplaats of Antwerp. 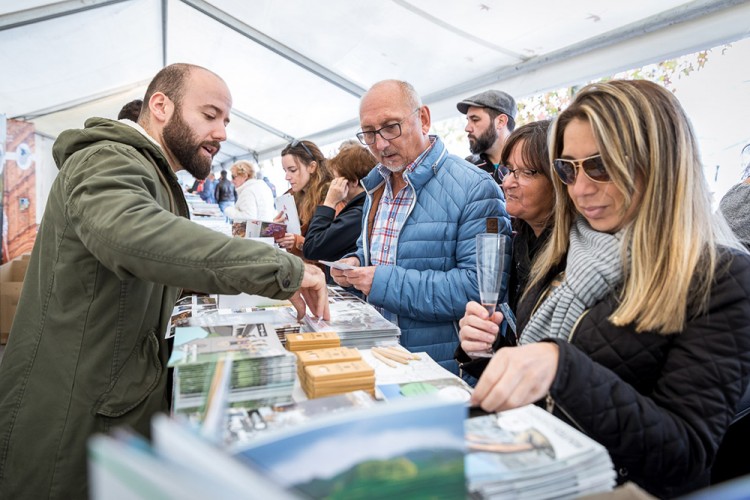 Through this unprecedented day in Antwerp, Spain was presented as a tourist destination (it is the third most visited country by Belgians on holidays), and the gastronomic and leisure offer that surrounds it. On the other hand, it highlighted the leading companies and the innovation that exists in our country and employment and training opportunities.

The regions of Murcia, Aragón, Ibiza, Mallorca, Galicia, Castilla y León, Navarra y Tenerife
were present during the day in a space dedicated to the tourism promotion of Spain. Representatives of the eight destinations made their cultural and tourist offer known to the Belgian public, providing detailed information on the different travel options. Also, the participants were able to discover the hotel offer of the Iberostar company and the airports of Antwerp and Ostend-Bruges, who informed about the possibilities of traveling to Spain from Belgium.

The main sponsor of the event, TUI tour operator, presented a wide range of activities in its space, including a virtual reality proposal, a cycling competition and informative positions of the airline. 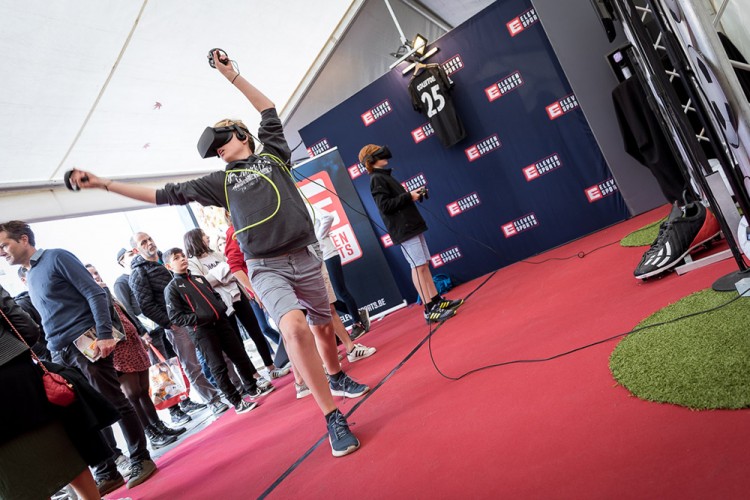 Spanish sport was also represented thanks to the participation of LaLiga and the Circuit de Catalunya. At their stands, the attendees could experience, respectively, becoming one day professional soccer players and Formula 1 drivers, in addition to following the live broadcast of LaLiga matches that day. Both adults and children enjoyed both experiences.

Interested in working or studying in Spain? They also had their space in the Eures area, portal for professional mobility, the Ministry of Education and the agency for language immersions in Spain Olespañol.

In the gastronomic area, Freixenet participated, the Vista la Tienda import store and Las Mañas restaurant. The participants could enjoy a day in which they felt, tasted and explored the Spanish culinary richness through typical Spanish dishes such as paella, red peppers or patatas bravas.

The little ones also had their space in the Day of Spain. In the area dedicated to their entertainment, they enjoyed playing the Camino de Santiago, taking photos with Don Quixote or participating in a face painting workshop. With the game, energized by the Association of the Camino de Santiago de Flandes, they felt like pilgrims for a few hours, completing their credentials and answering questions about Spain.

Next to this area, the parents were able to discover how to make their trip easier thanks to Easybabytrip, a Spanish startup that offered the public equipment for traveling with children.

The day was completed with a permanent cultural program. 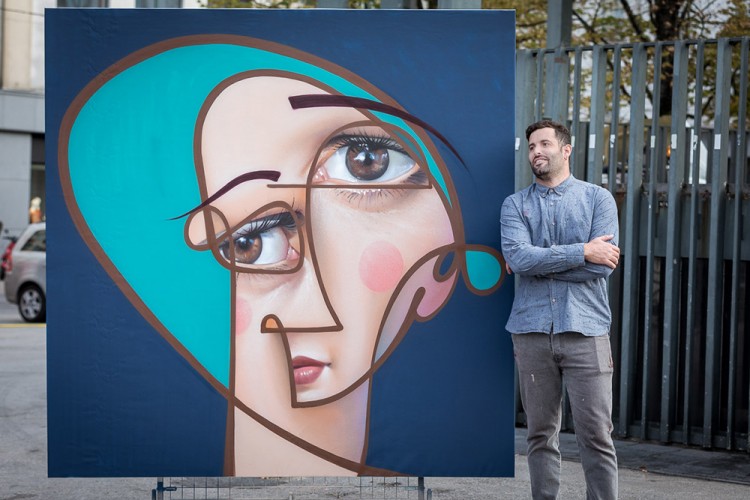 The artist Carolina Tafalla made reflect on the perception of friendship through the situational happening “Amigo”. At the same time, the well-known muralist Miguel Ángel Belinchón, Belin, hypnotized by painting live a post-neo-contemporary canvas that he ended at the end of the day.

They were joined by musical performances. La Peña Al Ándalus, started strongly at noon with a flamenco show. Then La Negra Albina and her performance not only made for a good time, but also impressed the audience with her Cumbia Psychotropic-Funk style. In the afternoon, Pepa Niebla delighted the audience with her international jazz. The day culminated with the performance of Alex Torres, DJ who managed to create a more relaxed atmosphere with his electro style.

More than 15,000 attendees visited The Day of Spain (Dag van Spanje) throughout the day valued it very positively, and the participants were very satisfied with the results of the event. The Chamber and the Spanish Tourism Office thank the Embassy of Spain in Belgium and all the participating companies for their contribution to make the event a success. 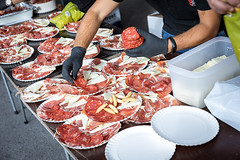 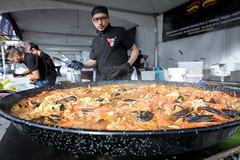 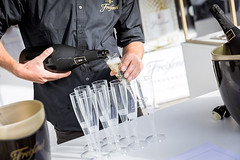 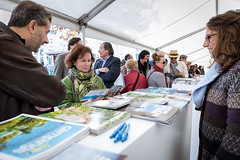 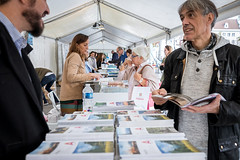 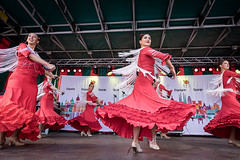 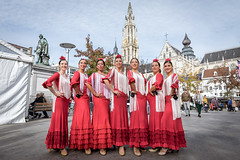 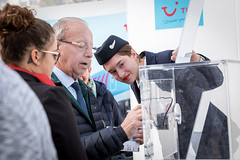 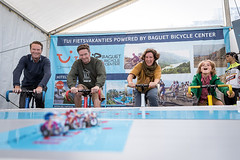 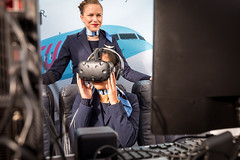 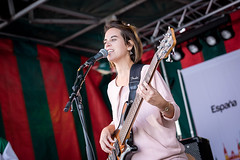 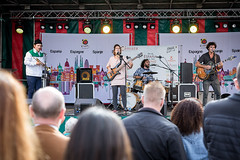 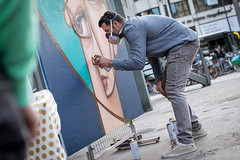 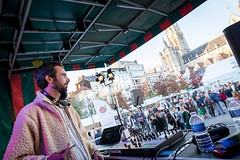 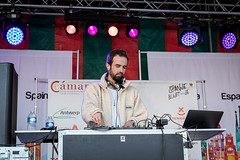 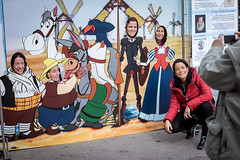 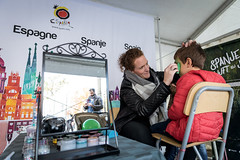 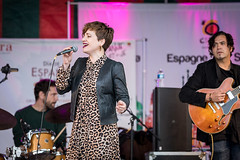 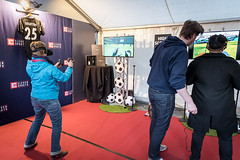 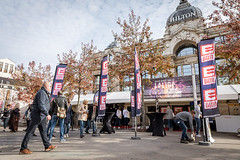 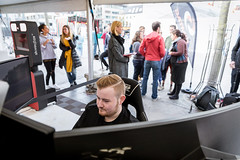 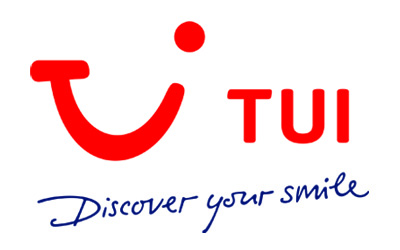