On January 24th, the Official Spanish Chamber of Commerce in Belgium and Luxembourg celebrated the New Year’s cocktail in Brussels. The event was attended by the coach of the Belgian national football team, Roberto Martínez.

Until the KBC Sablon, place where the cocktail was held, more than 80 attendees participated in the cocktail which took place at the  KBC Sablon, among them members,  representatives of Spanish public bodies and civil servants from the European institutions. 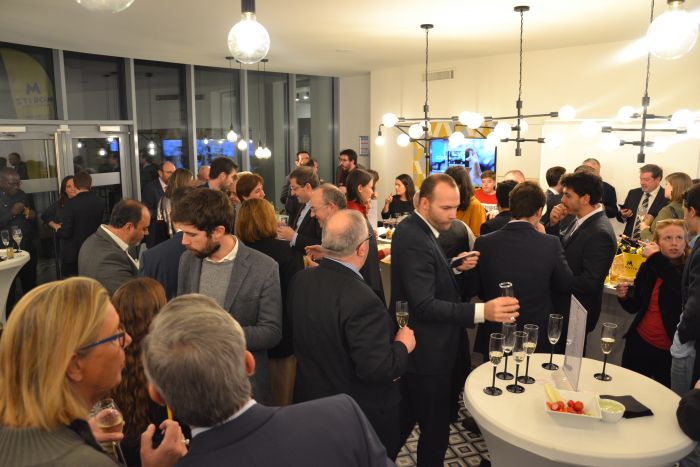 arted with the speech of the director of KBC Sablon, Pascal Bogaert, who welcomed the attendees. After him, the president of the Chamber, Juan Rodríguez-Villa Matons, expressed his good wishes for this year and address a word of thanks to the entire team of the Chamber. He also praised the good work of the guest of honor heading the Belgian team. Later he gave the floor to Roberto Martínez, who thanked all the attendees for their participation in the cocktail and wished them the best for 2019.

The event was held in a relaxed atmosphere where attendees had the opportunity to expand their network of contacts while enjoying a varied menu of Spanish snacks prepared by the Spanish catering company, Mediterranea.

The Chamber thanks the sponsorship of KBC Sablon, La Liga and Group S, as well as Bodegas Enate, Freixenet, Leonidas Chocolates and Moritz beers.

With the sponsorship of:

Launch of the guidebook for entrepreneurs in Belgium