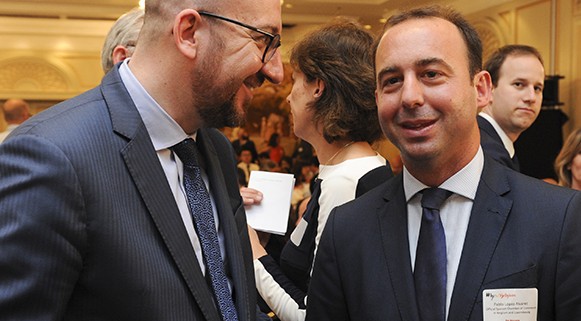 The Official Spanish Chamber of Commerce in Belgium and Luxembourg coorganised, in collaboration with other 10 bilateral Chambers, an event the 22th June in Brussels, with the purpose of supporting Belgium as a safe investment place and as an attractive establishment location of foreign companies.

Under the slogan #Yes2Belgium, more than 360 distinguished guests, including business leaders, government officials and foreign diplomats, attended the event.

The Belgian Prime Minister Charles Michel, who thanked personally the support of the Chamber to our Vice-President, Pablo López Álvarez, leaded the event.

During their conversation, Prime Minister Charles Michel was interested in Spanish investments in Belgium and the Chamber’s activities. Pablo López Álvarez, outlined the compromise of Spanish companies with Belgium and remembered that our country is the seventh commercial partner of Belgium.

Our Vice-President invited personally Charles Michel to participate as keynote speaker in a future luncheon-debate of our forum “Business Circle”, an invitation to which the Prime Minister answered positively.

This initiative arose due to the events that happened the 22th March in Brussels. This initiative then wanted to reiterate that the international business community, which directly employs about 700,000 people in Belgium, recognizes the country as an attractive place for investments, a safe place to do business and a great place to live. 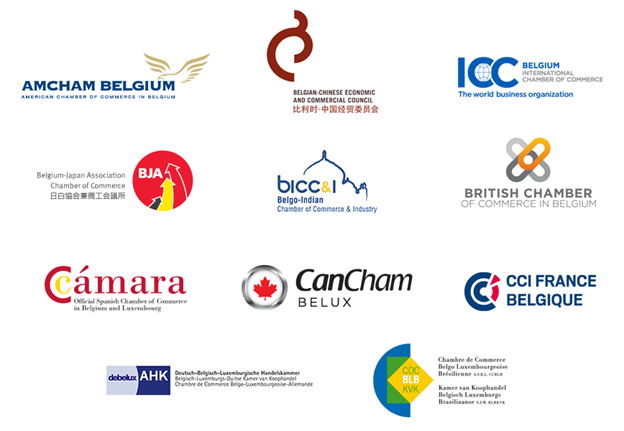 Plenary session of the Spanish Chamber of Commerce: “It is impossible to be...
Scroll to top
This site uses cookies to provide you with a more responsive and personalized service. By using this site you agree to our use of cookies. Please read our cookie notice for more information on the cookies we use and how to delete or block them.Accept Read More
Privacy & Cookies Policy