Last October 10th, ONCE and its Foundation promoted in Brussels a Lucheon- debate with Nadia Calviño, Director General for DG Budget at the European Commission, under the topic “60 years of Union: enterprises and human capital, added value for the future of a more competitive and inclusive Europe”. The event counted on with the support of the Official Spanish Chamber of Commerce in Belgium and Luxembourg and gathered more than a hundred business representatives, associations and authorities of the European communities’ institutions. 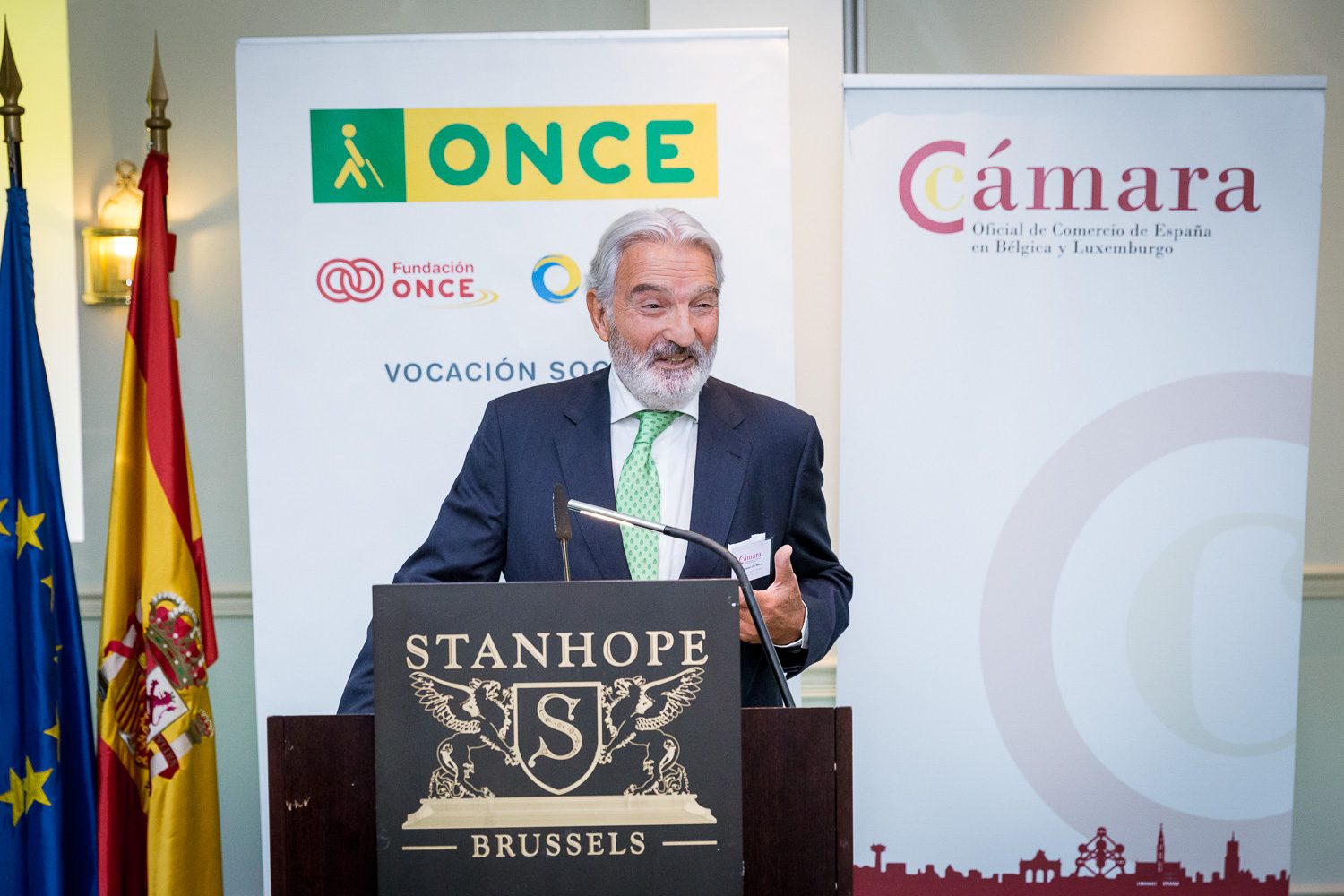 Juan Rodriguez-Villa Matons, President of the Official Spanish Chamber of Commerce in Belgium and Luxembourg said a welcome word and expressed his recognition to ONCE team and its Foundation for the humanitarian and business work developed in favor to people with disabilities.

Alberto Durán López, Executive Vice-president at ONCE Foundation, during his intervention, explained that the Foundation, through his large experience, contributes to strengthen day to day the social dimension of Europe. As an example, the European Social Found, which celebrates its 60th  anniversary, and being trusted by the EU and the Spanish Government for more than 17 years, more than 240.000 people with disabilities have profited the training and labor insertion programs developed by ONCE Foundation, and more than 70.000 have found a job. Durán qualified the European Social Fund as an essential instrument of inclusion and social cohesion, and as a fundamental tool for more than 85 million people with disabilities in Europe. This collective has significantly improved its situation during the past 60 years, in different areas such as education, employment or social services, counting with the work from European Institutions, as well as the representative entities for people with disabilities, specially the European Disability Forum.

However, Durán pointed that there are still many barriers to tear down, in order to build a Europe for everyone, more competitive, inclusive and accessible, in line with the UN Convention on the Rights of Persons with Disabilities. Following this way, the European Social Fund must play still an important role in the following budget period. The Executive Vicepresident of ONCE Foundation, also highlighted the role of big companies and SME, which contribute every day to include people with disabilities into their employment opportunities, and which also develop accesible products and services. As an example, Alberto Durán mentioned the Forum “Inserta Responsible” from ONCE Foundation, which compiles more than 70 companies and other organizations, and whose activity counts as well on the support from the European Social Fund. 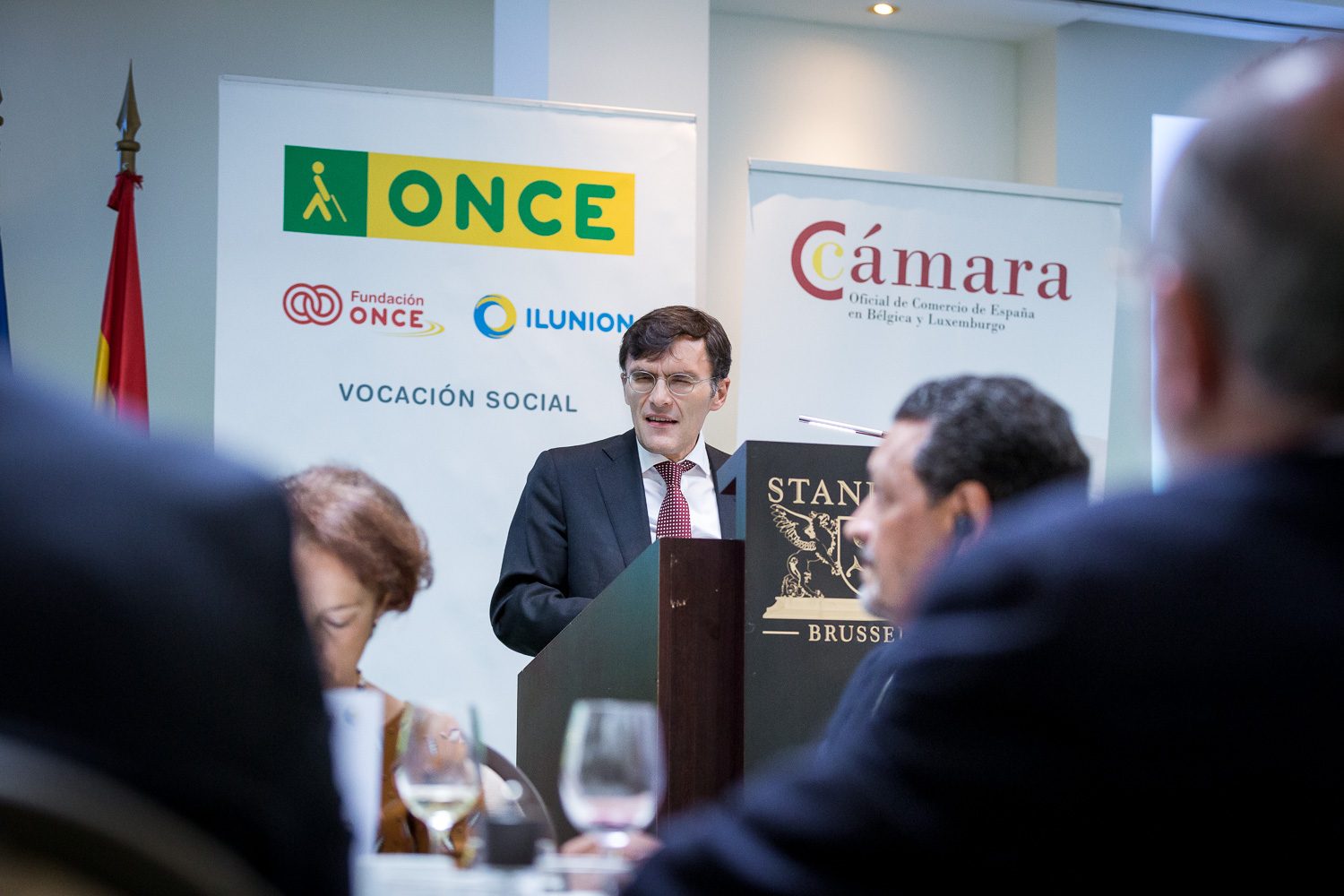 Among other remarkable landmarks, Durán mentioned the European Citizen Award granted by the European Parliament to ONCE and its Foundation in 2016. This award was also received this year by the Spanish Committee of Representatives of People with Disabilities (CERMI), which recognizes the commitment and the willingness of people with disabilities in Spain for working towards a more social and equal Europe.

Finally, Durán presented the advertising campaign as a tribute for the 60th anniversary of the European Social Fund: Together changing the lives of people with disabilities, through the interactive video “You decide”, which at the end of the luncheon-debate was followed by other pieces entitled ”Just so you know”,  which aimed to spread the European Social Fund’s value.

Lastly, Durán introduced Nadia Calviño, Director General for DG Budget at the European Commission, and thanked her participation in the luncheon-debate by giving her a commemorative coupon. 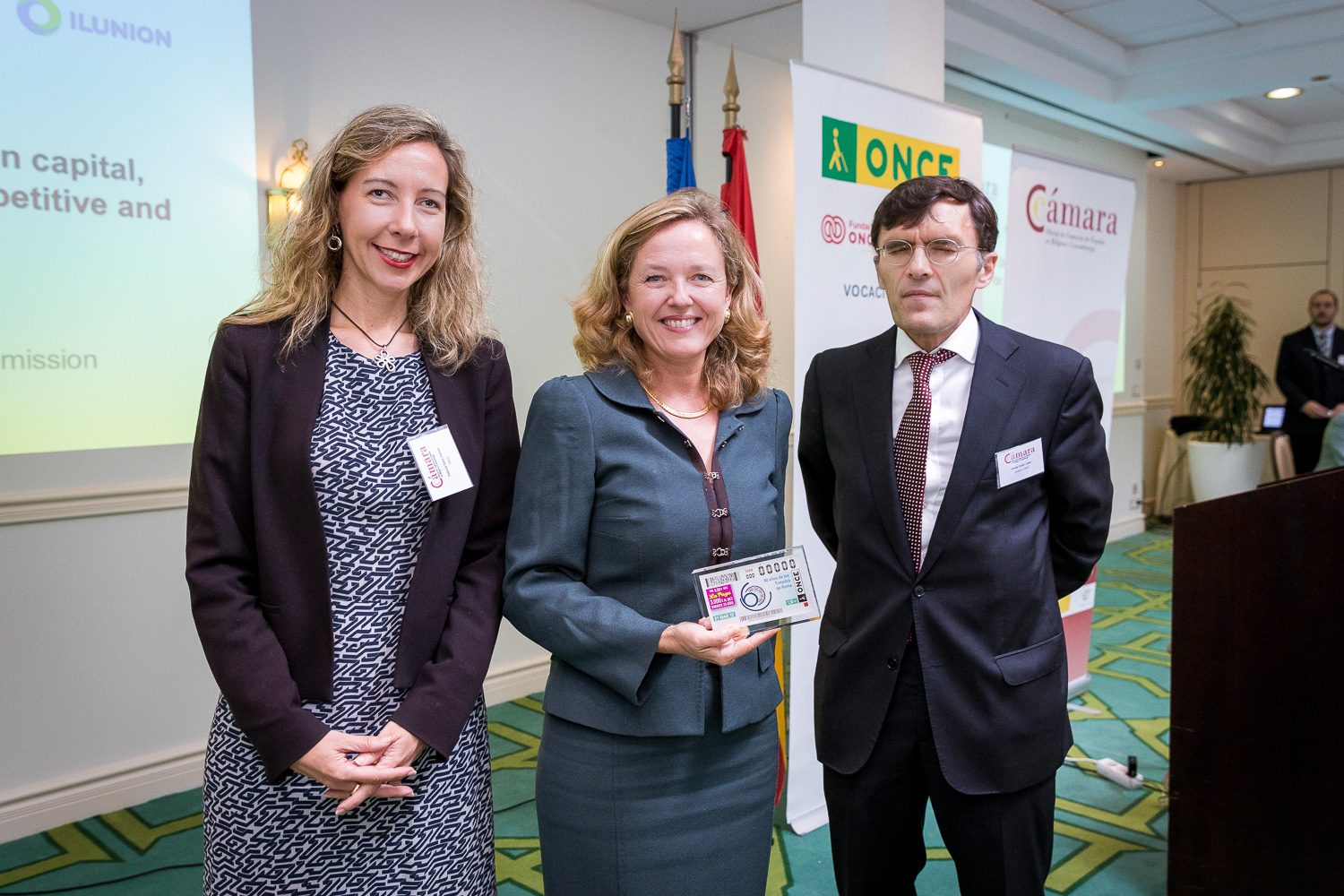 Nadia Calviño, based her intervention in the European budget investment for reaching a stronger, social and solidary Europe, particularly facing the next financial framework “post 2020”. Calviño highlighted that currently, the two main challenges faced by the European Union regarding the future European budgets are: in one hand, the Brexit with the budget restructuration that it involves, and, on the other hand, that Europe needs to fulfill the European citizens’ expectations, with better social policies and ensuring not to leave anyone behind. The most important thing is not how much money we have, instead, is about investing it in the best way possible, claimed Calviño.

Additionally, the Director General, who reminded that the 75% of the EU budget is invested, among others, into the Cohesion Policy, undertook an overview along all the steps made as well as the upcoming ones, concerning the next budgets’ approval, something in which her Directorate is currently working. Thus, the Commission has started an expenditure review, and is developing a reflection and analysis about the different ongoing programs and how do they function. The Commission hopes to be prepared, based in this previous work, to integrate the expectations of the 27 European leaders by the end of the year, to have a consensual proposal by mid-2018 and to approve the whole budget before the elections to the European Parliament in 2019. 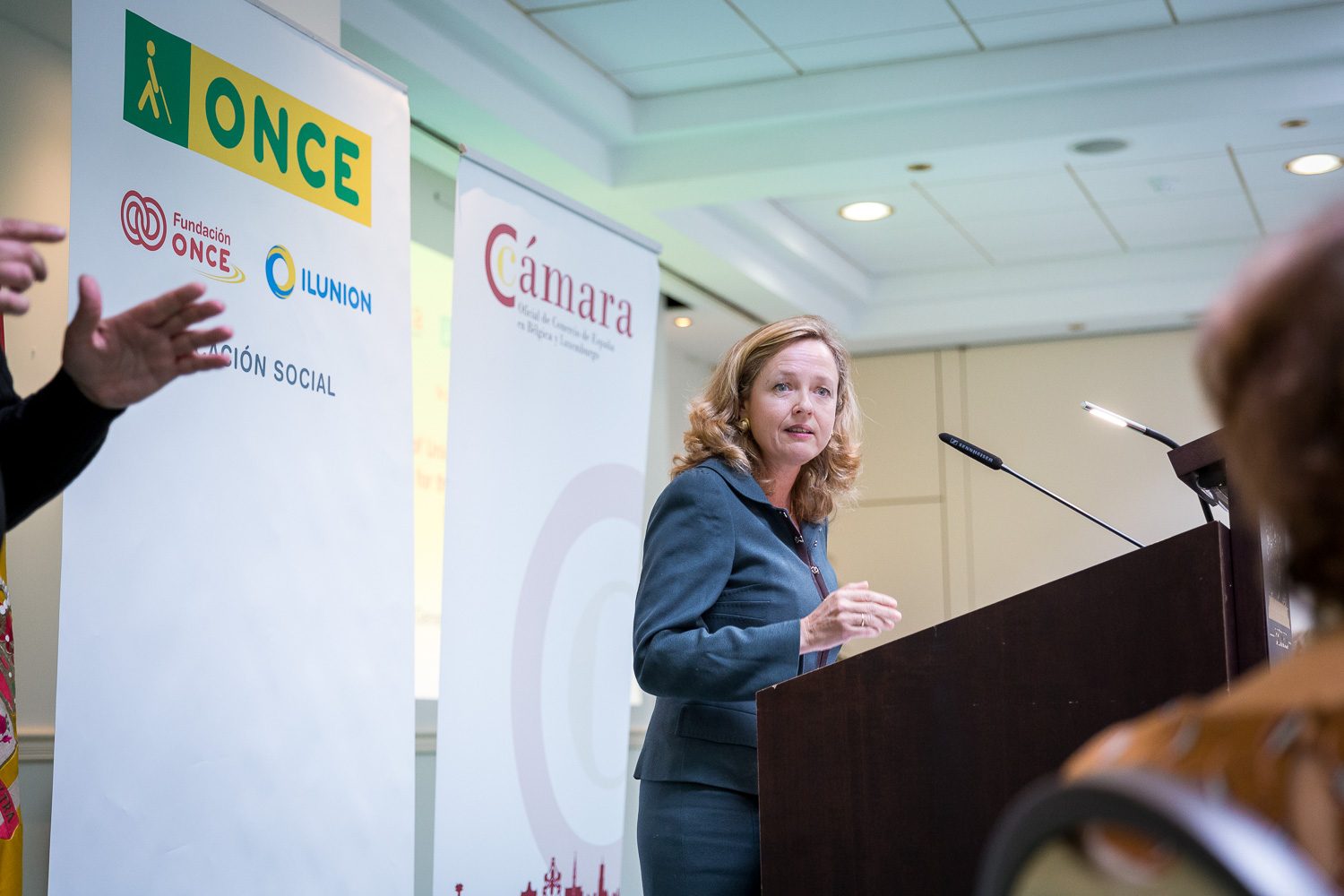 As a conclusion, Calviño mentioned this goal by saying the words of the current President Jean Claude Junker, to lead us to “a more prosper, competitive, secure, sustainable and solidary Europe”.

After the interventions, the participants had the chance to ask questions to the Executive Vice-president at ONCE Foundation and to the Director General for DG Budget at the European Commission. The main topics discussed were the investment of the European budget in accessibility improvements for people with disabilities, and the entrepreneurship aids for them.

Industry leaders from the whole of Europe advocate in favor of the Mediterranean...