The Official Spanish Chamber of Commerce in Belgium and Luxembourg hold on the 24th November in the Cercle Münster of Luxembourg a luncheon-debate with the Head of Economic and Market Analysis of the European Stability Mechanism (EMS) Juan Rojas, about “Accessing sovereign markets and current trends in ex-programme EFSF/ESM countries”. 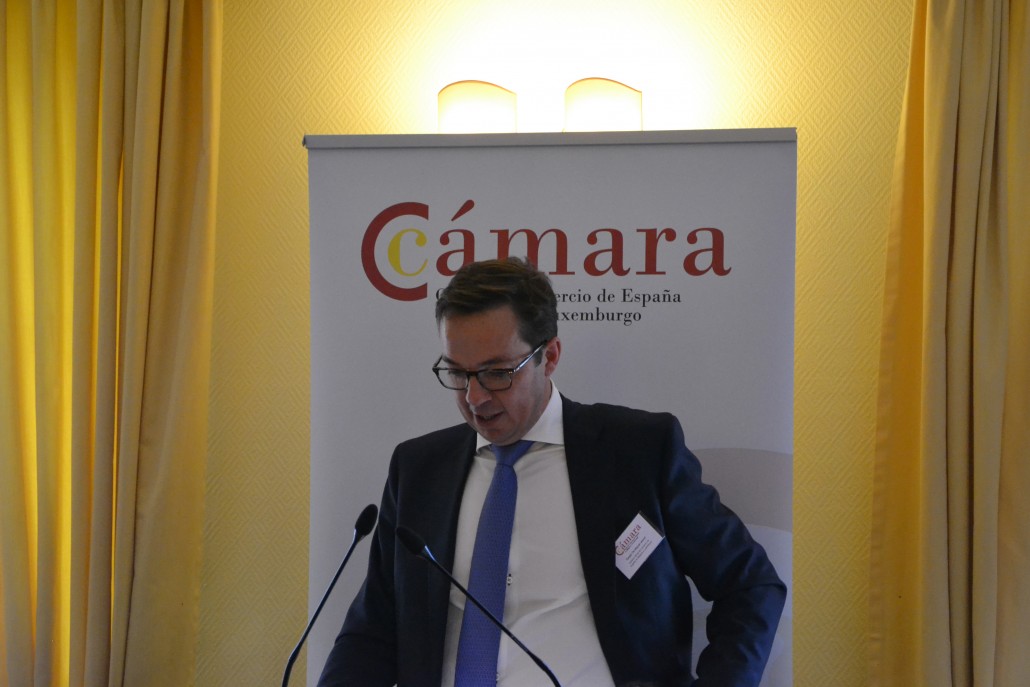 The event was attended by representatives from Spanish and international companies, as well as by members of the Chamber, and began with the intervention of the Vice-President of the Chamber, Sergio de Miguel-Jessel. He thanked the assistance to both the speaker and the attendees and made a quick review of the professional background of Rojas.

Juan Rojas began his speech explaining that during the crisis several countries lost access to the market (Portugal, Cyprus, Ireland and Greece). In the case of Spain, he highlighted the tightening of financial conditions in an environment marked by the doubts about the financial system. That created the need to ask for ESM’s financial assistance, which has a specific role for this sector of the economy. Hereafter, the speaker summarised the analysis of the strategies followed by the countries to recover (Portugal, Ireland and Cyprus) or to strengthening (Spain) investors’ confidence, because in his opinion, this is especially relevant to face effectively periods of volatility in the financial market.

The first step towards that strategy consisted on the adoption of the measures included in the programmes (the MoUs). The ultima goal was to have healthy public finances, a sustainable public debt and structural reforms to enhance the potential growth of the economies and improve the efficiency of the economic system.

Rojas commented that these activities led to the recovery and strengthening communication lines with the market participants and have a more regular contact with them, which allowed to identify the market segments where there was a sufficient demand. “This permanent contact gave market access to the treasuries with punctual and irregular operations, and the syndications geared to lengthening the existing profile in the short term and generate reliance on the country’s capacity”. 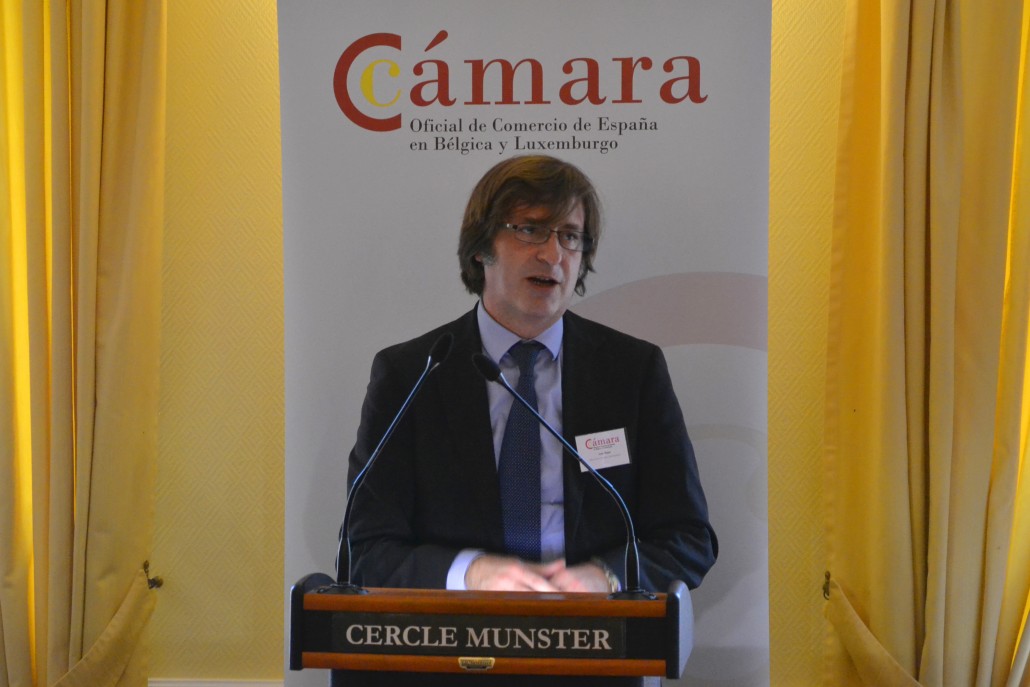 The Head of Economic and Market Analysis also pointed out some of the measures that were adopted to enhance the role of market creators (financial institutions with the purpose of encouraging market liquidity in the secondary market of public debt): search for potential demand, give liquidity to the secondary market and haven access to a wide range of investors.

Finally, the speaker highlighted that in the countries they lost investment-grade credit rating like Portugal, Ireland and Cyprus, an effort was made to generate a liquidity basis to complete the programmes with the financing necessities covered in the short term (around a year). “The objective was to reduce exposure to the market volatility”, he explained. All this process was accompanied by the BCE decisive action and the extension of the amortization deadlines of the EFSF/ESM loans, with easier financing needs. 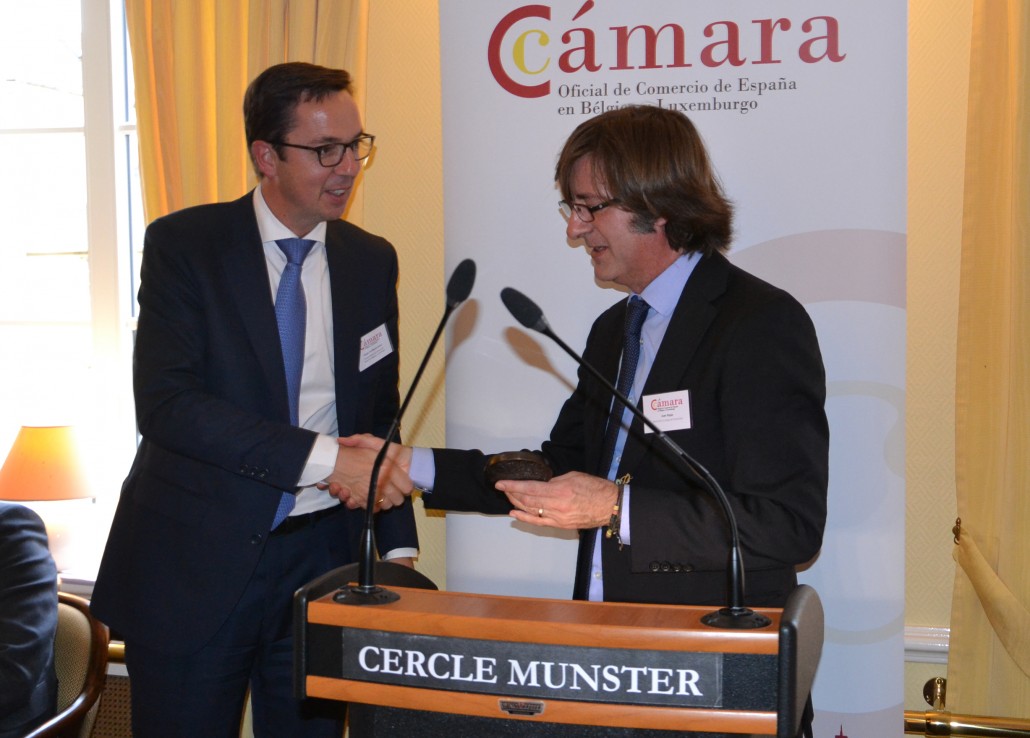 Juan Rojas then replied in detail to the questions raised by the Spanish Ambassador in Luxembourg, Mr. Carlos Maria de Lojendio y Pardo Manuel de Villena, and by the President of the Chamber, Juan Rodriguez-Villa Matons.

The event finished with the handing over of a gift to Rojas by courtesy of the Chamber, in recognition of his labor as Head of Economic and Market Analysis of the European Stability Mechanism (EMS).

We would like to thank the collaboration of the winery Salferso Wine, who offered the wine in the event. 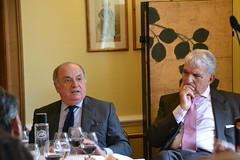 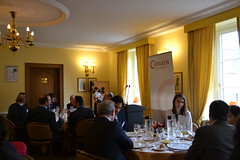 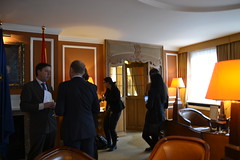 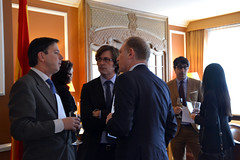 Success in the first edition of the workshop on EU Funding – Project ...

Gala Dinner 2016 | December 1
This site uses cookies to provide you with a more responsive and personalized service. By using this site you agree to our use of cookies. Please read our cookie notice for more information on the cookies we use and how to delete or block them.Accept Read More
Scroll to top