On November 27th, the Official Spanish Chamber of Commerce in Belgium and Luxembourg organized in Luxembourg a luncheon-debate with Rosario Silva de Lapuerta, Vice-President of the Court of Justice of the European Union (CJEU), under the title of ‘The Court of Justice of the European Union, as the guarantor of the respect of the EU right”. The event included the participation of different Spanish company executives and various representatives of public bodies, both Spanish and European. It was the President of the Chamber, Juan Rodríguez Villa-Matons, who welcome all the attendants, and the Vice-president of the Chamber in Luxembourg, José Luis Rodríguez Álvarez who introduced the event reviewing the relevant professional career of Rosario Silva de Lapuerta.

The Vice-president of the CJEU started with a brief presentation of the institution, describing its history, since its creation in 1952 as the European Coal and Steel Community (ECSC) with the Treaty of Paris until 2009 which was renamed Court of Justice of the European Union with the Treaty of Lisbon. Since then, this institution consists of two courts, the Court of Justice and the General Court with the specialized courts which operates in the first instance in specific cases.

After it, Rosario Silva de Lapuerta described the main competences of the court. Among others, she highlighted that the CJEU is a decentralized system with intergovernmental competence because it is shared by all member states. At the present, the Court of Justice is composed of one Judge from each State, who is proposed by each State and elected by mutual agreement. These Judges have a 6 year term which is renewed every 3 years. The court of Justice can act in 3 ways: in Plenary, in which all the judges from every member State participate, for the most important cases, such as Brexit; in Grand Chamber, in which the president and vice-president take part with 15 judges, and in Chamber of 3 or 5 judges in which the Court sets the competences of each chamber for specific cases.

Silva de Lapuerta explained the principal functions of CJEU: guarantee the respect of the law by the institutions, encourage the active participation from all member States in the treaties and rights of the CJEU and achieve the unity in the interpretation and application of all the Treaties.

The intervention of Rosario Silva de Lapuerta ended by reminding that the 28 member States must accomplish the functions assigned in order to guarantee the right of the European Union that the institutions and themselves composed. After her speech, there were a round of questions where participants could present their doubts about the court.

Eduardo Ozaita, President of the Board of Directors of Bankinter Luxembourg, closed the event by thanking the participation of Rosario Silva de Lapuerta in this luncheon debate and reviewing Bankinter’s position, highlighting that is the only Spanish bank with a branch office in Luxembourg.

The Chamber thanks Bankinter Luxembourg for its collaboration in the organization of the event. 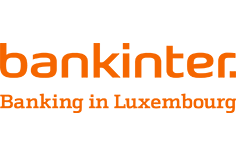 The Official Spanish Chamber of Commerce in Belgium and Luxembourg participates...
This site uses cookies to provide you with a more responsive and personalized service. By using this site you agree to our use of cookies. Please read our cookie notice for more information on the cookies we use and how to delete or block them.Accept Read More
Scroll to top