Last 29th of April, the Official Spanish Chamber of Commerce in Belgium and Luxembourg organized in the Centre Català de Luxemburg a “Spanish Wine Tasting Course”. The event was sponsored by Salferso Wines, who presented some top-quality wines from different areas of Spain like La Rioja, Ribera de Duero, la Mancha and Jumilla. The tasting was accompanied by an Iberian Ham.

The initiative counted on the collaboration of members of the Chamber, entrepreneurs and High Spanish executives and representatives of European institutions and other local bodies. Furthermore, it was also attended by H.E. Sr. Carlos de Lojendio y Pardo Manuel de Villena, ambassador of Spain in Luxembourg.

During the tasting, the manager of Salferso Wines, Salvador Fernández, explained the assistants the characteristics and particularities of each wine. 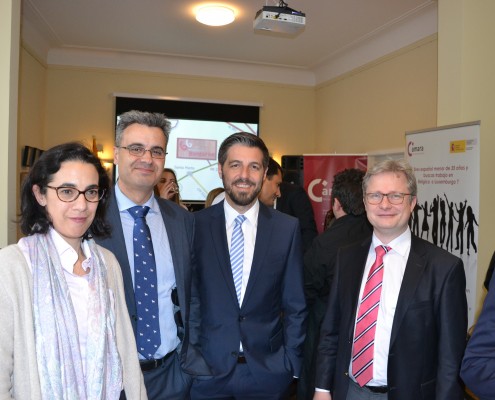 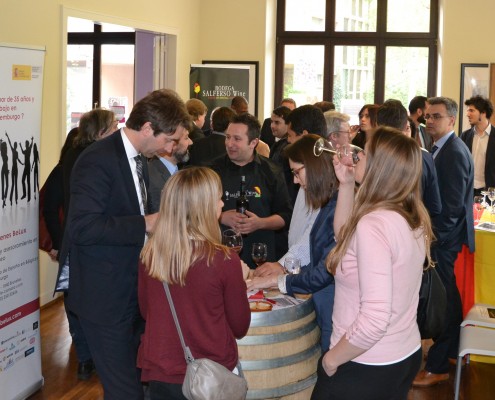 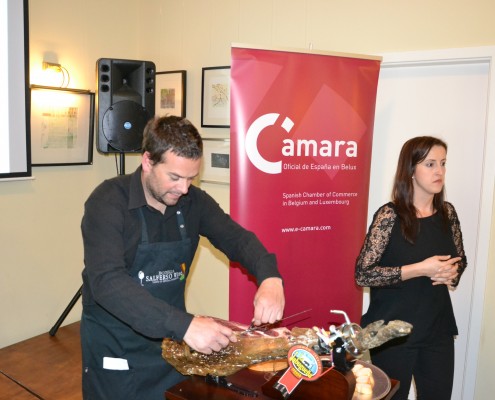 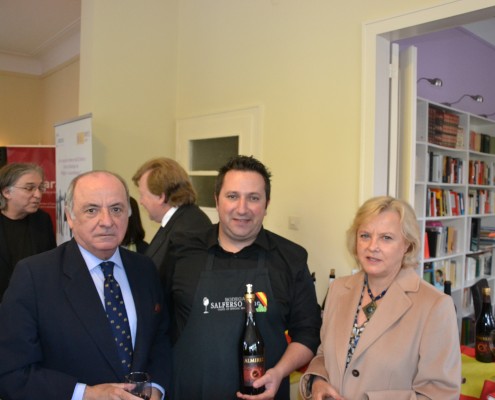