The past September 14th, the Official Spanish Chamber of Commerce in Belgium and Luxembourg hosted in its Brussels’ headquarters a breakfast-debate with Félix Fernández-Shaw, Expert Member of the Federica Mogherini’s Cabinet, about “Global strategy of the EU. Europe in the world”. Among the participants, there were members of the Chamber, ambassadors of Latin-American countries, business executives and representatives of Spanish autonomous delegations in Brussels.

María Catalán, Secretary General of the Chamber, and moderator of the event, started by saying a welcome word and introduced the speaker, highlighting his broad professional career related to the European Union. Member of the Spanish Diplomatic Career since 1993, he is currently working as an Expert Member of the High Representative of the European Union for Foreign Affairs and Security Policy and Vice-President of European Commission Federica Mogherini, in charge of Africa, Sustainable Development, Multiannual Financial Framework and climate change.

Félix Férnandez-Shaw then took the floor and started a 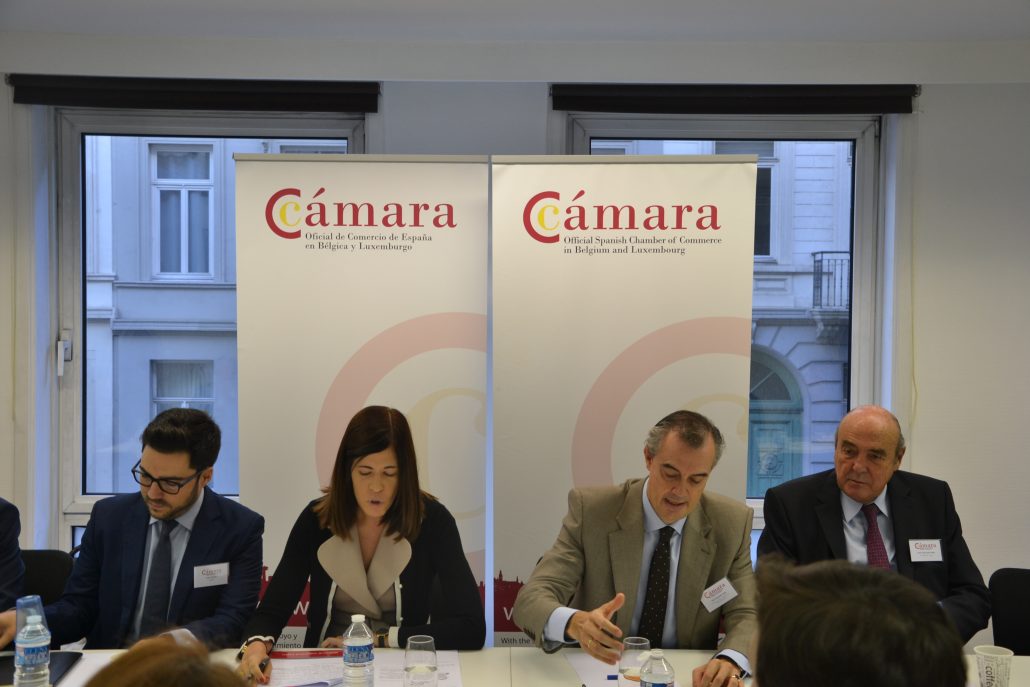 small debate to encourage the attendees’ participation. The main goal of this short discussion was to clarify some concepts related to the different organisms of the European Union and its roles.

Afterwards, Félix explained the mission of Federica Mogherini’s Cabinet as a part of the European Commission and described the decision-making process and its final implementation. He highlighted this Cabinet constitutes the “voice” of the European Union around the world. Its main responsibilities are the management of foreign policy instruments, foreign affairs and foreign defense and security of all country members.

The speaker underlined the importance of the inclusion of all the country members of the European Union as a part of a common Foreign Policy, since every decision is made at global level. He stressed the importance of an internal cohesion among all its members to strengthen the EU’s presence at international level. In order to achieve a correct global management is necessary to use two principles: strength and order.

On the other hand, Félix talked about how our world has ch 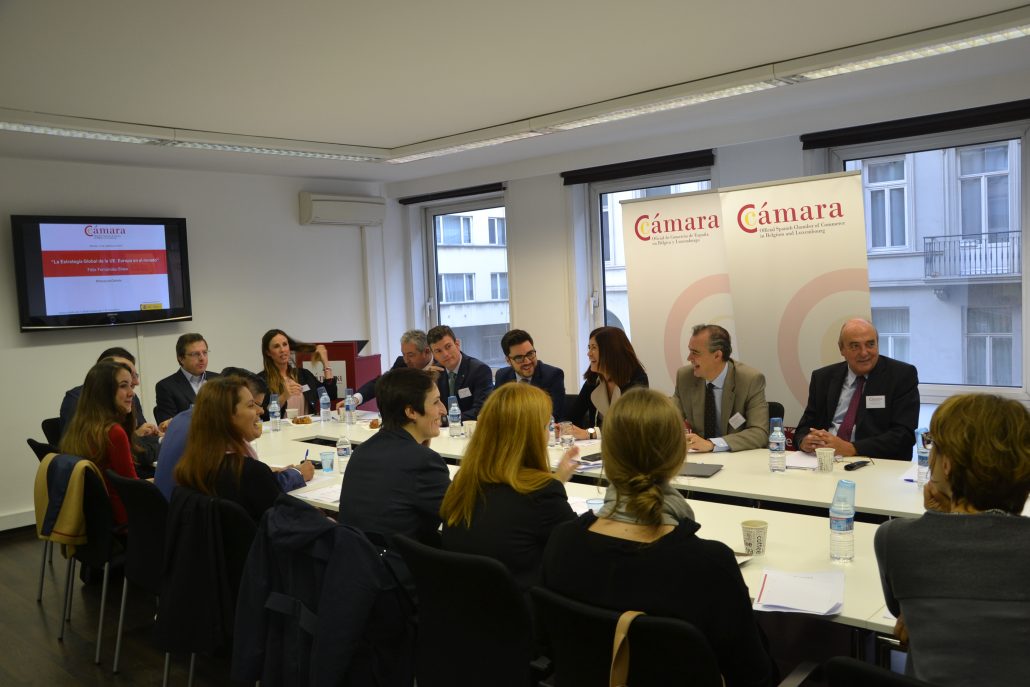 anged at global level since 1989. During this period of time, three different revolutions have occurred: democratic, ideological and technological, which have allowed that the world is a better place than two decades ago.

Félix has also showed his concern about the environmental situation of our planet and he has remarked the importance of working towards a sustainable development and the need of a strong alliance among countries. The European Union has a very important role within the global situation, and that is why it is necessary to work towards a more united Europe, which transmits a “unique voice”.

Finally, he has made a call to raise awareness about this problem and he has encouraged all the attendees to promote the cooperation and development in their own companies. He also suggested them to work in sustainable development goals, and promote help towards the African continent.

After Fernández-Shaw’s intervention, the secretary general of the Chamber opened the debate, which was marked by a high participation of the attendees. Among the main issues, the most remarkable topic was the cooperation to public-private development in the African continent.