The Secretary of State for Trade, Xiana Méndez, has offered all the support of the Ministry of Industry, Trade and Tourism to the Official Spanish Chambers of Commerce Abroad. At the closing of the meeting that the CAMACOES have held for two days in Madrid, Xiana Méndez highlighted the work of these Chambers: “You are private institutions, you respond to your members and you design your services to offer them exactly what they need. I would like to thank you for your dedication and work, which is common to the objectives of the Secretary of State for Trade: the defence of Spain’s interests and the improvement of bilateral relations”. 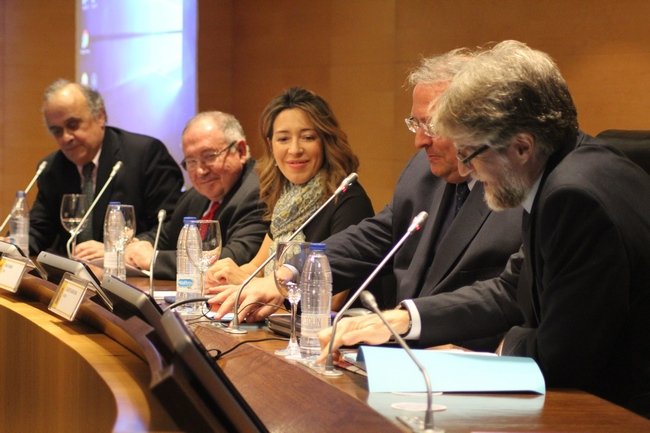 The President of the Spanish Chamber of Commerce, José Luis Bonet, has also taken part, underlining the links between the 41 Official Spanish Chambers of Commerce Abroad and the 85 territorial Chambers of Commerce, and encouraged to continue strengthening this collaboration. “Spain has the opportunity to run a lot and is doing so, and meetings like this one are vital to achieve it. Bonet congratulated the presidents of FECECA, the Federation that groups the Chambers of Commerce in the American continent, Brian Dunning, and Eduardo Barrachina, the new head of FEDECOM, which groups the European, Asian and African Chambers, showing his support to the request of holding the Assemblies of CAMACOES once a year instead of biennially as it has been done until now.

The Official Spanish Chambers of Commerce Abroad meet in Madrid

The Chamber collaborates with the Cercle Antonio Machado to organize the 20th...
This site uses cookies to provide you with a more responsive and personalized service. By using this site you agree to our use of cookies. Please read our cookie notice for more information on the cookies we use and how to delete or block them.Accept Read More
Scroll to top