On Monday 18 January 2021, the Official Spanish Chamber of Commerce in Belgium and Luxembourg organised a new virtual breakfast debate in the framework of its “Business Circle” platform.  Sonia Vila Nuñez, Head of Unit “Management and Resources” of the Presidential Service I.D.E.A. – Inspire, Debate, Engage and Accelerate Action, European Commission and Policy Coordinator of President von der Leyen and her Head of Cabinet, B. Seibert- President von der Leyen’s Cabinet, participated in the debate. The breakfast focused on the “Priorities of the European Commission for 2021: Impact on Spanish businesses”. 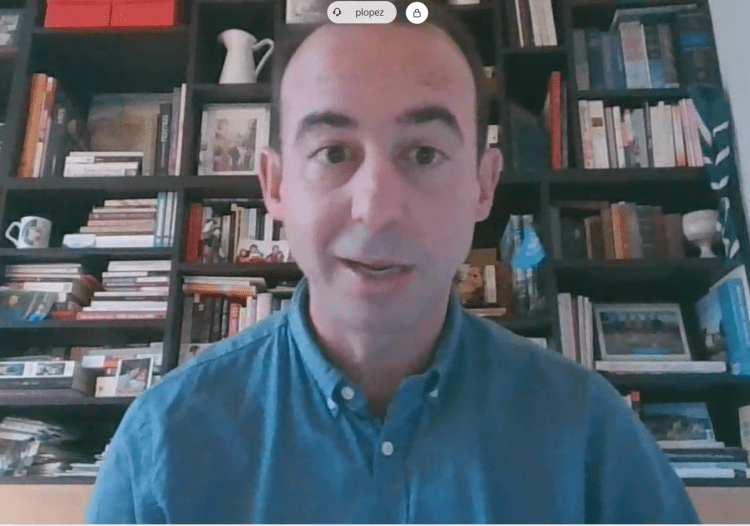 Pablo López Álvarez, Vice-President of the Chamber of Commerce and moderator of the event, welcomed and thanked the speaker and all the attendees for their participation.

Sonia Vila Nuñez began by presenting the I.D.E.A. presidential service as the ambition of the current presidency to bring academic and private sector debates closer to the legislative work of the institutions. She then highlighted the special context in which the European Commission’s Work Programme for 2021 will be developed with a clear priority on implementing the legislative measures taken in 2020. The current Work Programme is based on the need to achieve a rapid economic and social recovery from the pandemic. This will require linking this recovery to the dual, green and digital, transition and to an European resilience based in a strong social agenda and greater strategic autonomy. The Policy Coordinator also highlighted the Commission’s extensive work against Covid-19 and the various contracts signed with up to 7 vaccine manufacturers to cover vaccination in Europe and assistance to less developed countries. The focus was also on the various historical agreements recently reached such as the Multiannual Financial Framework 2021-2027, the Next Generation EU recovery fund, and the Brexit agreement. Regarding the recovery funds, the speaker detailed the role of the national recovery plans and their link with the European semester and its country-specific recommendations. 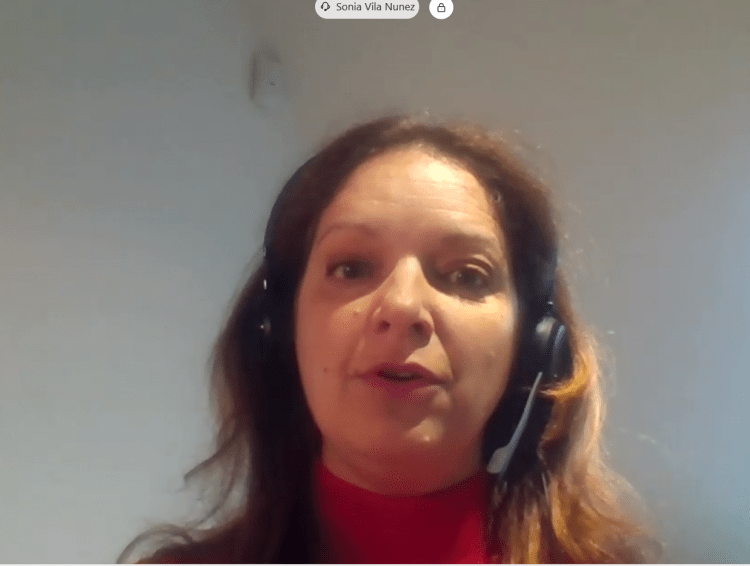 Regarding the Work Programme for 2021, Sonia Vila developed the list of legislative and strategic initiatives that the European Commission plans to carry out in 2021. The Green Deal will continue to be of great importance due to the need to update energy and climate legislation with the new emission reduction targets for 2030. This will be developed through the comprehensive “Fit 4 55” legislative package in areas such as taxation, construction, and climate diplomacy, among others. Other initiatives to be presented in 2021 include the border carbon adjustment mechanism and the strategies of 2030 biodiversity, circular economy and “Farm to Fork”. The second of the strategic axes will be the digital transition to achieve the objectives set for 2030. Any legislative development in this area will be based on a commitment with privacy and data control, together with the promotion of connectivity for all as the basis of a European digital identity. The future proposal for the development of a European digital tax and the reform of legislation for people who provide services through digital platforms stand out in this area. Finally, the work programme will also include developments in other areas such as competition law, industrial strategy, banking union, trade policy, social rights, or the building of a new transatlantic relationship. 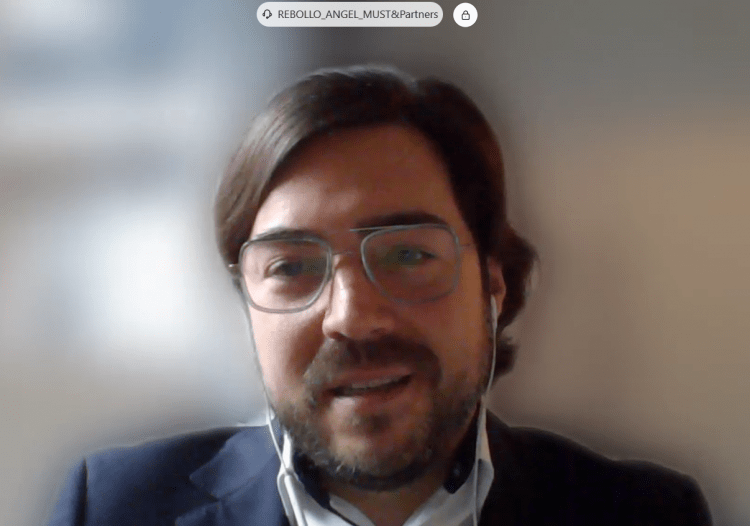 Afterwards, on behalf of the member company and sponsor of the event Must & Partners, its Senior Partner, Ángel Rebollo, took the floor and thanked the speaker for her participation. He also wanted to emphasize the importance of European recovery funds for Spain, especially in certain sectors, as well as the potential social impact that these may have.

During the question time, the attendees were able to put forward their doubts and comments on numerous issues of interest. Thus, topics such as the European pillar of social rights and its possible link to the care economy, the technological skills deficit for digital transition, digital and energy taxation, or the inclusion of criteria for equality and non-discrimination of people with disabilities in national recovery plans were addressed.

From the Official Spanish Chamber of Commerce in Belgium and Luxembourg we would like to thank Sonia Vila Nuñez, our member company Must & Partners for sponsoring this event and all the attendees for their presence.

The Concertation Committee bans non-essential travel and extends isolation ...
This site uses cookies to provide you with a more responsive and personalized service. By using this site you agree to our use of cookies. Please read our cookie notice for more information on the cookies we use and how to delete or block them.Accept Read More
Scroll to top