On Wednesday, 3 March 2021, the Official Spanish Chamber of Commerce in Belgium and Luxembourg organised a new virtual breakfast-debate in the framework of its “Business Circle” forum. Cibrán Fernández Silva, member of the Cabinet of Charles Michel, President of the European Council, participated in the debate. The topic of the breakfast was: “The priorities of the European Council“. 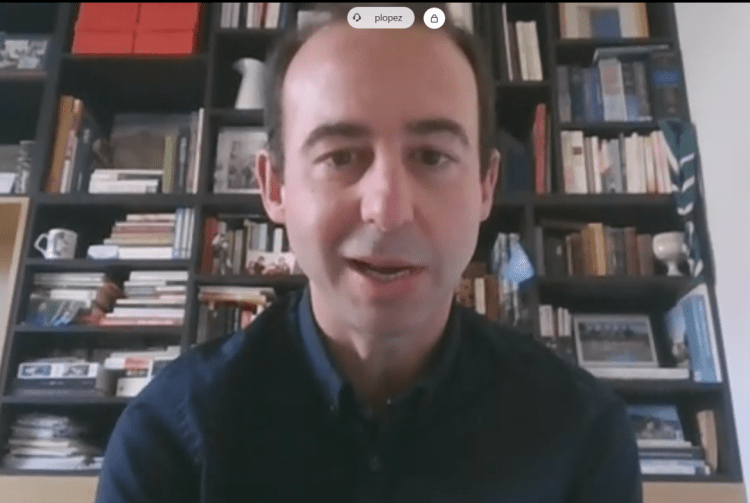 Pablo López Álvarez, Vice-president of the Chamber and moderator of the event, welcomed and briefly introduced the speaker and thanked him and all the attendees for their presence.

Cibrán Fernández Silva began his speech thanking those present for their participation and the Chamber for its work to bring the European debates closer to our companies. First of all, he briefly presented the functions of the European Council, such as strategic orientation and impulse, crisis management and resolution, as well as its role as a the institutional framework for ensuring consensus in the strategic lines of the European Union. He also highlighted the figure of the President of the European Council, currently Charles Michel, who represents the Heads of State and Government, ensures consensus among leaders and prepares Summits.

The Cabinet member then highlighted the various priorities of the European Council based on the sections of the Strategic Agenda that was agreed in 2019. The pandemic has, obviously, significantly altered this agenda and new priorities have emerged, such as protecting the Schengen Area, activating the SURE mechanism, making State aid more flexible or managing the difficulties in purchasing equipment or vaccines. The speaker also highlighted the fact that, despite the extremely difficult negotiations in July, the Recovery and Resilience Fund has been a historic milestone in the European project, as demonstrated by the fact that common debt compromises have been taken and major advances have been made in the Union’s own resources.

In terms of priorities, Cibrán Fernández highlighted the green agenda. Its strategic goal of achieving climate neutrality by 2050 and reducing emissions to at least 55% by 2030 have been set by the European Council. The digital transition will aim to generate European digital sovereignty and activate innovation. Recovery funds will play a key role in both transitions and part of the funds of the national reconstruction plans should be allocated to these priorities. At the international level, the speaker also wanted to stress the important agenda of President Michel and the commitment of the leaders to stablish a European strategic sovereignty that is committed to multilateralism, but that has its own recognised international profile as well.

During the question and answer session, the participants were able to express their doubts and comments on numerous issues of interest. Thus, issues such as the role and influence of Spain in the European Council, which leaders generate consensus during Summits, the national recovery plans, the possibility of a common industrial policy or the Conference on the Future of Europe were discussed.

From the Official Spanish Chamber of Commerce in Belgium and Luxembourg we would like to thank Cibrán Fernández and all the attendees for their participation.

Launch of a new quarterly publication focused on the financial sector

The Consultation Committee decides on an Outdoors Plan – more people outdoors...
Scroll to top
This site uses cookies to provide you with a more responsive and personalized service. By using this site you agree to our use of cookies. Please read our cookie notice for more information on the cookies we use and how to delete or block them.Accept Read More
Privacy & Cookies Policy