On Tuesday 10 May, the Official Spanish Chamber of Commerce in Belgium and Luxembourg held in Brussels a new luncheon-debate with the presence of Věra Jourová, Vice-President for Values and Transparency of the European Commission. The event was entitled “Defending European values, transparency and the rule of law in a challenging geopolitical context: impact for business”. 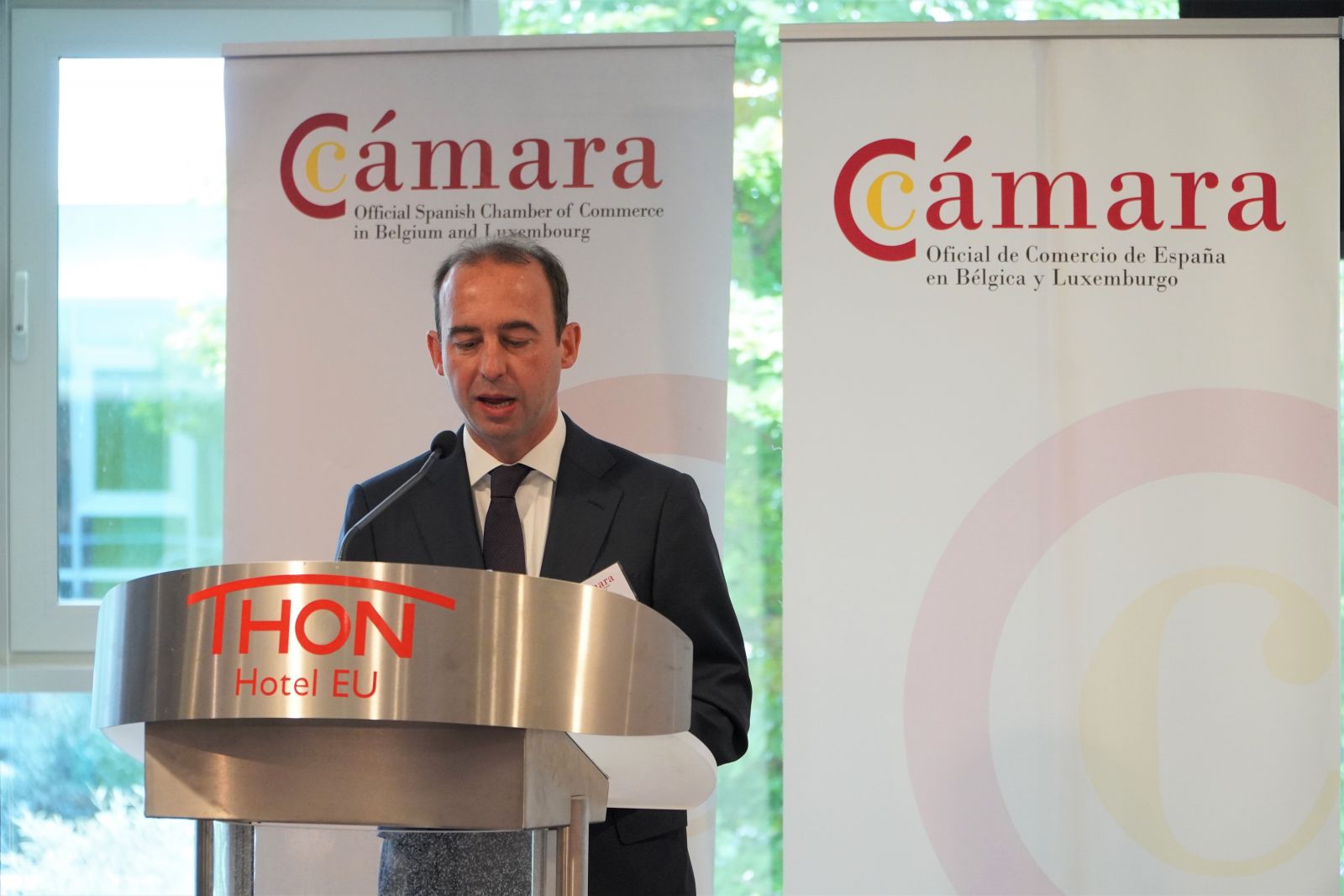 The luncheon-debate was attended by a variety of people, including company managers, delegates from the Autonomous Communities, representatives of Spanish and European organisations, consultants from different areas and various partners of the Chamber.

The conference was opened by the President of the Chamber, Pablo López-Álvarez, who took the opportunity to thank all those present for their attendance. He then highlighted the extensive career of the speaker Věra Jourová in the European institutions, in which she has held various positions of responsibility over the years, as well as having been named by Time magazine as one of the 100 most influential personalities in the world in 2019.

On the subject of the debate, López-Álvarez also took the opportunity to highlight the relevance of the current socio-political context and the consequences of the invasion in Ukraine in order to emphasise the importance of European values and spirit in the adoption of common measures.

Jourová took the floor to begin her speech and gave a brief review of her department’s policies in relation to the promotion of European values and transparency. She pointed out that EC policy is currently being directly influenced by Russia’s invasion of Ukraine, which she took a very critical approach to, showing that it directly undermines the values that make up the European Union. 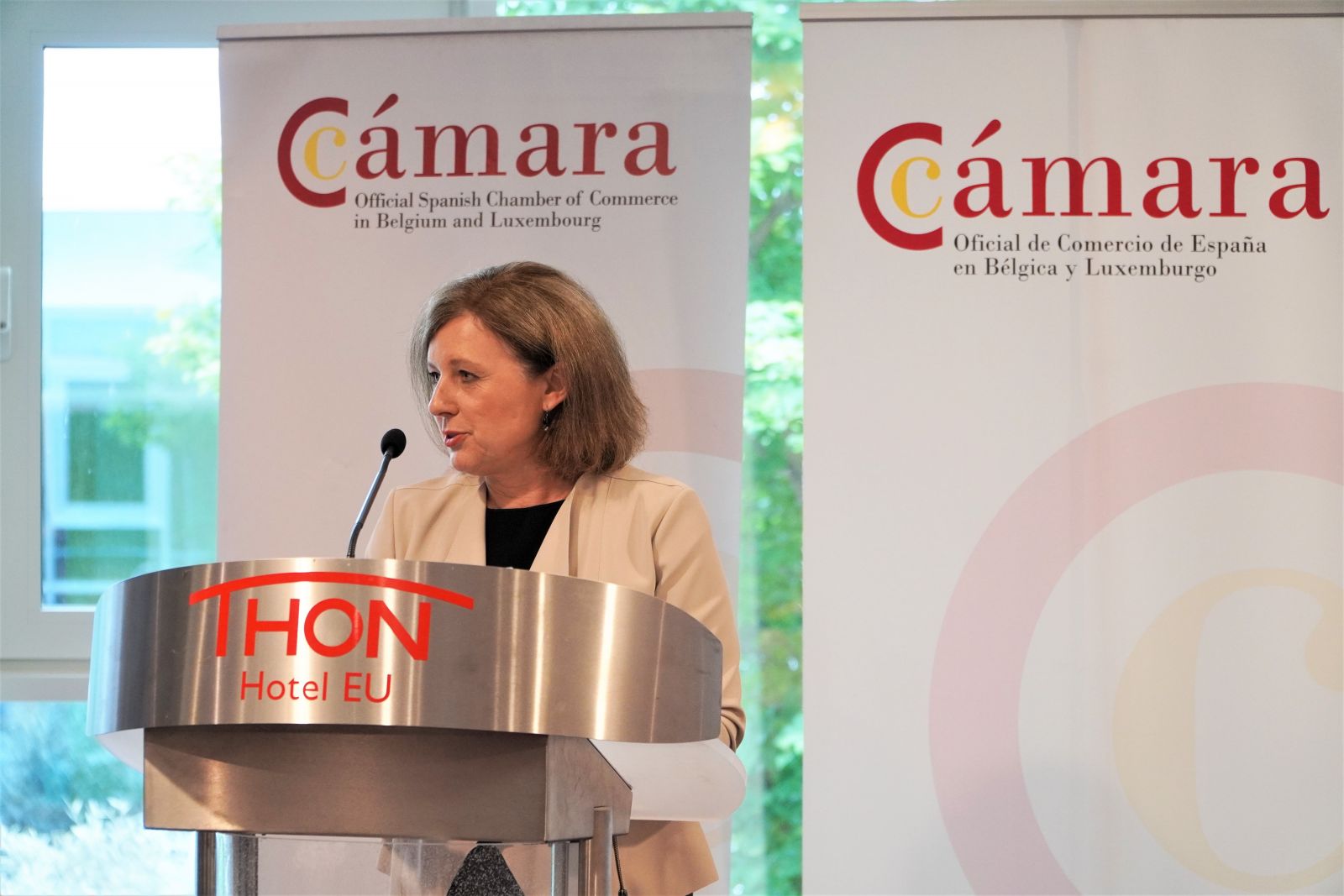 Jourová therefore stressed that the EU is no longer limited to an area where different countries are part of a single market, but described it as a union of countries that share a number of common freedoms and democratic values that must be cherished and not taken for granted in the future.

For Jourová, the EU has achieved great milestones over the years, and for her it is everyone’s responsibility to defend them and demand that all countries, while retaining their autonomy from EU bodies, apply policies that guarantee the key pillars of democracy, such as the strictest freedom of expression and judicial independence.

Jourová outlined the creation of an annual dossier that provides a comprehensive overview of the rule of law in the different members of the Union, highlighting areas for improvement in order to make further progress and perfect our democratic systems.

The Vice-President also declared that the Commission considers various issues to be key to the development of the European project, including respect for the rule of law by all members of the Union, the creation of a regulation adapted to the new digital contexts that allows the sovereignty of all members to be discussed in key issues such as electoral processes, and the continent’s leadership in terms of ecological transition.
After the presentation, there was a round of questions where participants could make their opinions known and raise different issues about what was presented, as well as creating an unbeatable environment for dialogue and debate.

From the Chamber we would like to express our special thanks to Bodega Atavus Priorat, whose wines could be tasted by all the attendees, as well as to the participants, who made this event a very successful luncheon-debate.

Conference on «Financial Investment and High Net Worth Management»