On Friday 13th November 2020, the Official Spanish Chamber of Commerce in Belgium and Luxembourg organized a new conference as part of the “Breakfasts with the European Parliament” cycle, a platform for meetings between Spanish companies and the European Parliament. The breakfast focused on “The priorities of the Committee on Environment, Public Health and Food Safety (ENVI) for the new legislature” and was attended by MEP César Luena López, vice-president of the Committee. 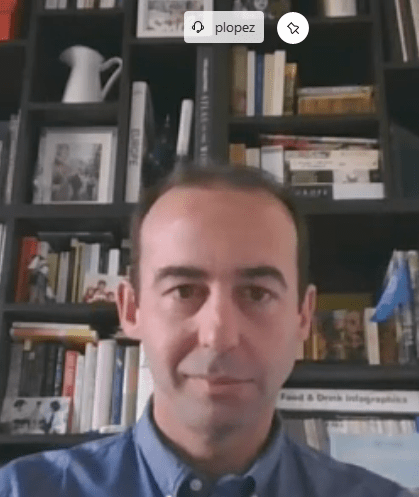 Pablo López Álvarez, Vice-president of the Chamber and moderator of the event, made a brief introduction of the speaker to whom he thanked for his participation as well as all the attendees.

César Luena López began his speech by emphasizing the recent approval of the European Parliament’s position on the European Climate Law. This position includes a series of binding targets for Member States and the Union as a whole with the aim of reducing emissions by 60% by 2030, establishing intermediate targets for 2040 and finally achieving climate neutrality on the continent by 2050. The speaker also wanted to highlight from this draft legislation, which now moves to negotiations under trilogues, the implementation of a budget linked on carbon and a European council on climate change. The rapporteur on the European strategy for biodiversity gave a few insights on the dossier that will establish binding targets, generate a paradigm shift in consumption or adaptation of agriculture and fisheries with appropriate budget support. This biodiversity strategy must be based on funding of at least an additional 10% apart from the existing climate funds and address issues such as legal protection of soil and the management of invasive alien species in our ecosystems.

During the question time, the attendees were able to present their doubts and comments on many issues of interest. Thus, topics such as improving collaboration between sectors involved in animal health, the strategy “farm to fork”, the latest trends in Brexit or the potential impact of U.S. elections on environmental issues were discussed.

From the Official Spanish Chamber of Commerce in Belgium and Luxembourg we would like to thank César Luena López and all those present for their participation.

Interview to Rodrigo Peñas from Cacesa

Webinar: Substance requirements and future application of the MLI to Spanish...
This site uses cookies to provide you with a more responsive and personalized service. By using this site you agree to our use of cookies. Please read our cookie notice for more information on the cookies we use and how to delete or block them.Accept Read More
Scroll to top