On  February 16th, the Chamber, in collaboration with its member Spanish VAT Services, organized a conference on the “VAT on intra-community and e-commerce operations”. The event gathered representatives of different Spanish and Belgian companies, members of the Chamber, representatives of European institutions and Spanish regional delegations.

The speaker of the conference 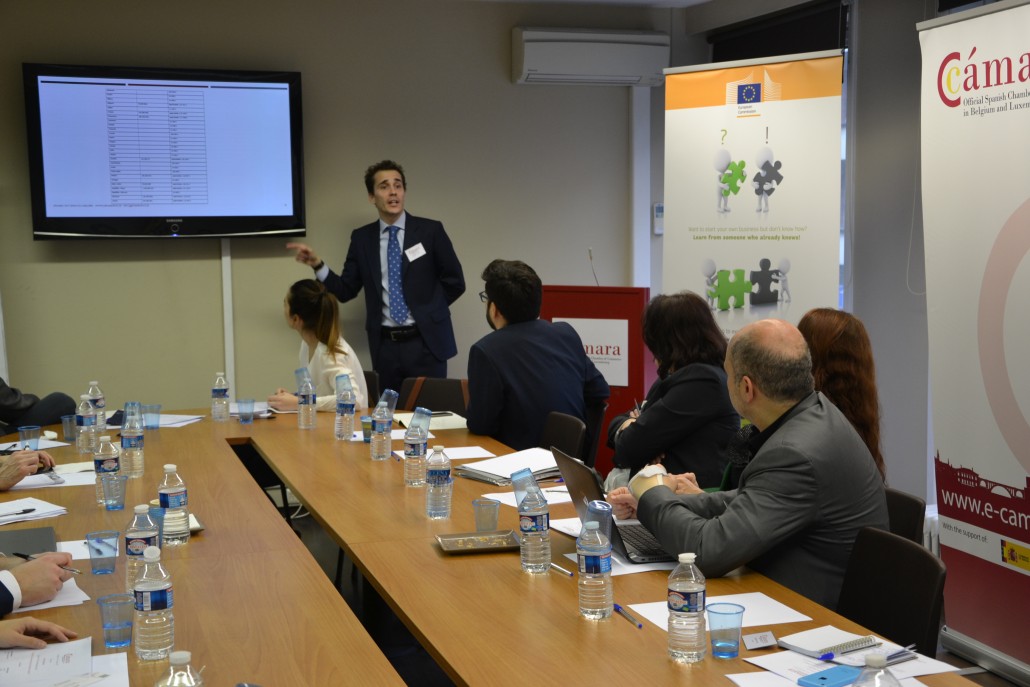 Fernando Matesanz, Managing Director of Spanish VAT Services, who began his speech thanking the participation of the attendees and the Chamber for the organization of the event.

To begin with, Matesanz gave a brief introduction on intra EU supplies of goods. To do this, he provided examples of possible transactions between European countries (such as Belgium and Spain), specifying in which cases it would be necessary to include the Value Added Tax (VAT), and where it should be charged.

Regarding EU supply of goods, the speaker underlined the importance of Article 44 of the European VAT Directive. As a synthesis, he proposed three keys that every service provider should consider: if the recipient of the service is a taxable person, if the taxable person acts as such and where the recipient is established. For each case, there are different conditions and standards, for which Matesanz addressed the possible situations to which the companies are exposed and how to manage them.

Subsequently, Matesanz briefly mentioned the characteristics of non-EU trade between EU countries and countries that are not part of the European Union, which are exempted from this type of tax.

To conclude, the speaker remarked the importance of e-commerce nowadays, given the high number of transactions that are carried out through the Internet daily. For this reason, he dedicated a section of the speech to differentiate between B2B e-commerce goods transactions (which work in the same way as EU supply of goods) and B2C goods transactions, more typical of Internet sales, in which companies must take the VAT into account in all co 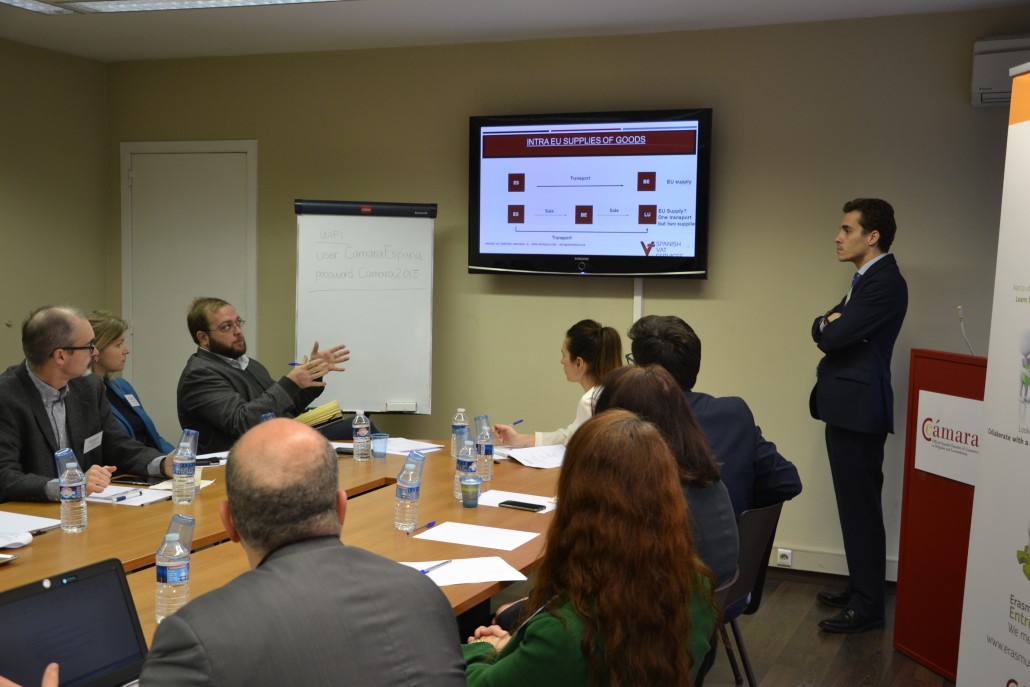 The future of e-commerce services transactions generated a space for debate on two issues raised by the speaker: the introduction of the MOSS system as a new tax regime for electronic commerce and the management of transactions with the UK after the Brexit, as it will be out of the EU’s transactional framework.

Matesanz encouraged the intervention of the participants, who raised specific doubts regarding the scope of the VAT Directive, changes in the interpretation of legislation and specific cases of transactions between countries inside and outside the European Union. The Managing Director of Spanish VAT Services answered each of the issues and concluded by emphasizing the importance of the correct application of VAT rates in each case, exemplifying it with three cases in which the price was exactly the same, varying the percentage corresponding to the supplier.

The new Ambassador of Spain in Belgium receives the Board of Directors of the...

The Chamber’s Yearbooks 2017 are already available
This site uses cookies to provide you with a more responsive and personalized service. By using this site you agree to our use of cookies. Please read our cookie notice for more information on the cookies we use and how to delete or block them.Accept Read More
Scroll to top