Last Friday, March 19th 2021, the Official Spanish Chamber of Commerce in Belgium and Luxembourg organised a new virtual breakfast-debate in the framework of its “Business Circle” platform. Álvaro de Elera, member of the Cabinet of Věra Jourová, Vice President and Commissioner for Values and Transparency, participated in the debate. The topic of the breakfast was: “Priorities of the European Commission in values and transparency“. 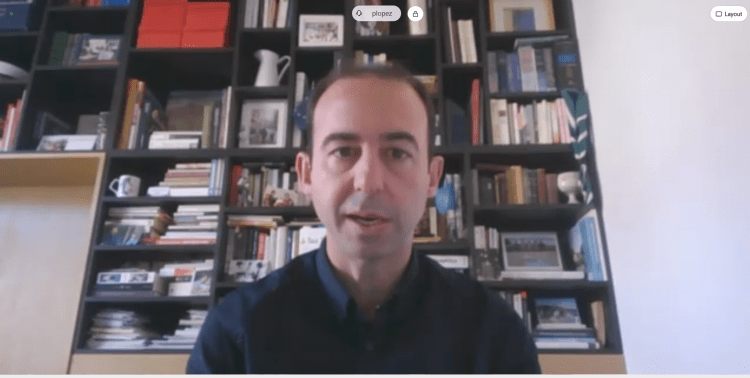 Pablo López Álvarez, Vice President of the Chamber and moderator of the event, welcomed and briefly introduced the speaker, thanking him, along with all the attendees, for his presence.

Álvaro de Elera began his intervention by detailing the different thematic areas under Vice President Jourová’s portfolio. This portfolio is managed in a very complex context when our democratic systems face significant threats. Understanding that the defence of the founding values ​​of the European project is the defence of the European Union, the Von der Leyen Commission decided to give relevance to the portfolio in areas previously excluded from the EU debate. The speaker began by explaining how values ​​and transparency, a priori ethereal matters, have a real impact on the daily lives of citizens in areas such as accountability, competitiveness, the right to information, etc. It is also clear that there are significant problems in this area which, while reduced to a few Member States, have a huge impact on the whole of Europe and are against European values.

The Cabinet member explained the different Commission proposals in the area, such as the Action Plan for European Democracy, the defence of media pluralism or the protection of the rule of law. With regard to the rule of law, a regulation linking European funding to respect for the rule of law will soon enter into force, this is of particular relevance for national plans for Recovery and Resilience funds. Another area where the Commission is working intensively is in the protection of media pluralism in various fields, which includes the physical protection of journalists or the supervision of all measures that may have an impact on such pluralism. In the area of ​​disinformation, the Commission works to enhance accountability for foreign interference, as well as for digital platforms to assume their share of responsibility for the dissemination of disinformation.

Another of the points addressed by Álvaro de Elera was transparency at the European level, both institutional transparency of the Commission and the regulation of the transparency register for lobbying activity. The Von der Leyen Commission works to improve the accountability and transparency of the institution in terms of its composition, expenditures and provisions, through strict internal rules. Regarding the activity of lobbying or transparency registry, the speaker highlighted the inter-institutional agreement recently reached to expand the scope of the register. This agreement includes for the first time the Council of the European Union and will mean the inclusion of the permanent representations that hold the rotating presidency, the conditionality of any type of meeting with the registration, as well as an extension of the controls of the information declared by registered companies or organisations. The idea of ​​the three institutions is that this agreement is the first step to continue gradually improving the transparency register and accountability.

During the Q&A session, attendees were able to express their doubts and comments on numerous issues of interest. Thus, issues such as the principle of transparency in national recovery plans, digitisation of electoral processes, national regulation of lobbies transparency or the exercise of rights in the digital sphere were discussed.

From the Official Spanish Chamber of Commerce in Belgium and Luxembourg we would like to thank Álvaro de Elera and all the attendees for their participation.

Webinar on “Pension & inheritance: 2 problems, 1 solution!”
Scroll to top
This site uses cookies to provide you with a more responsive and personalized service. By using this site you agree to our use of cookies. Please read our cookie notice for more information on the cookies we use and how to delete or block them.Accept Read More
Privacy & Cookies Policy