Last Tuesday 21st May, the Official Spanish Chamber of Commerce in Belgium and Luxembourg organized in collaboration with PROEXCA, a public company whose main objective is the attraction of strategic investments in the Canary Islands, a conference under the topic “The Canary Islands: investment destination”. The event aimed to inform Belgian companies of renewable energy, ICT, BPO, audiovisual sector and animation about investment opportunities in the Islands.

María Catalán, Secretary General of the Chamber delivered welcome remarks and thanked the participation of all the attendees.

Afterwards, Pablo Martín-Carbajal, Chief Executive Officer of PROEXCA, presented the key economic assets of the Islands for foreign investment, highlighting, among others, the most relevant and booming sectors and tax advantages. He also explained several potential investment angles.

Later on, Jerónimo Falcón, Project Manager of the Canarian Society of Economic Development, presented the general panorama of the energy sector in the region, and in particular of renewable energies. He highlighted the unique natural characteristics of the Islands, as well as the differential infrastructures. In addition, he noted that the government offers various aid for productive investments in the sector and sustainable investment activities.

On the other hand, Olga Martín Pascual, Director of the ZEC (Canarian Special Zone) Consortium, announced the economic and fiscal opportunities of the Canary Islands Economic and Fiscal Regime (REF) and other benefits provided by operating in them. He also spoke about tax incentives such as the corporate tax of the Islands, the most advantageous in all of Europe and the particularities of the ZEC.

After the speeches, the participants were able to ask their questions and to have one-on-one meetings with the speakers. 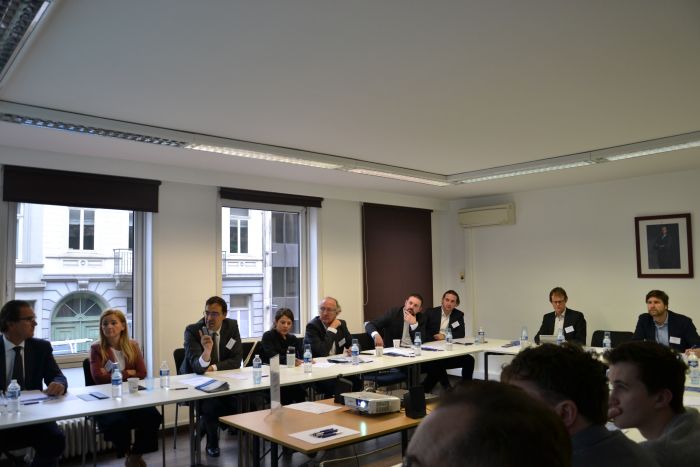 Workshop on European tenders
This site uses cookies to provide you with a more responsive and personalized service. By using this site you agree to our use of cookies. Please read our cookie notice for more information on the cookies we use and how to delete or block them.Accept Read More
Scroll to top