Last June 22nd, the Official Spanish Chamber of Commerce in Belgium and Luxembourg organized, in collaboration with ECOEMBES, a luncheon-debate with Karmenu Vella, European Commissioner for Environment, Maritime Affairs and Fisheries.

Between the participants, there were several members of the Chamber and representatives of Spanish and European companies and institutions.

Juan Rodríguez-Villa Matons, President of the Chamber, introduced the speaker and thanked for his contribution to the dialogue between the EU Executive and civil society and remarked the common interest on achieving the main goal of Circular Economy.

Under the title “CIRCULAR ECONOMY: THE ROLE OF BUSINESS IN DEVELOPING GREEN ECONOMY”, Commissioner Vella underlined the importance of applying the principle “nothing is lost, everything is transformed”, premise that concerns circular economy and the need to implement it globally.

The speaker referred to the legislative package on Circular Economy presented by the Commission a year and a half ago, which he described as ambitious and responsible, emphasizing on the global approach and more practical measures which benefit environment and increase sustainability.

On the other hand, the Commissioner underlined the great potential identified in Spain by the biannual “Environment Implementation Review” report, which presented several examples of Spanish pioneer companies in innovation. According to Mr. Vella, innovation is the key to a Green Economy, which needs investment and, in most of the cases, it is afforded by the private sector, either big firms or SMEs.

To conclude, he expressed the European Commission’s will to establish an easily compliable regulation for the private sector, highlighting the importance of continuous collaboration between all actors.

The wide experience of Commissioner Vella, in high responsibility positions in the private sector, shows the realistic criteria which aims to avoid the obstacles in the application of the legal requirements that are projected.

The speaker recognized the excellence of General Director of Environment, Daniel Calleja, and congratulated the human team he leads.

The event was sponsored by ECOEMBES. Its CEO, Óscar Martín, thanked the Commissioner and all the participants for their presence, assuring the position of ECOEMBES in favor of the legislative package. Martín remarked the importance of EPR –Extended Producer Responsability- as a very important step towards a Circular Economy, which has also had a large social impact.

Moreover, he weighed on the need to promote eco-design and innovation, not only to protect the environment, but also to raise its awareness.

To conclude, a round of questions was posed and answered, a time during which participants had the opportunity to interact with the Commissioner.

Mr. Juan Rodríguez-Villa joined Óscar Martín to give Commissioner Vella a symbolic present to thank him for his participation in the luncheon-debate and his work related to the circular economy.

The President also made a special mention to the firm La Buena Vida, for contributing with excellent wines to the luncheon.

You can check the full speech of the Commissioner here. 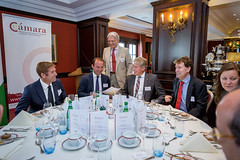 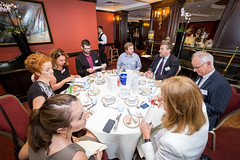 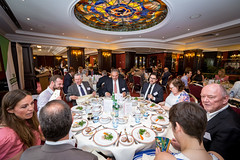 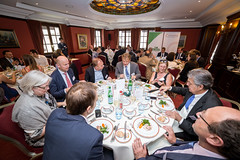 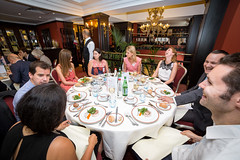 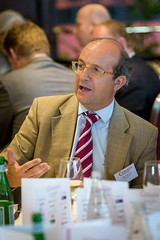 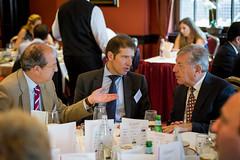 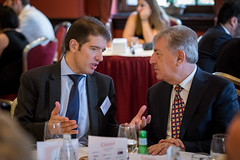 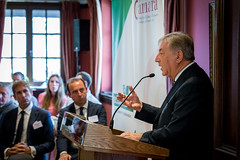 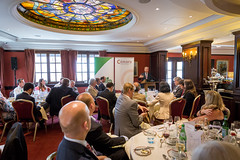 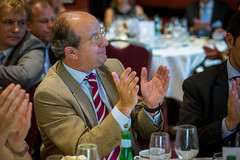 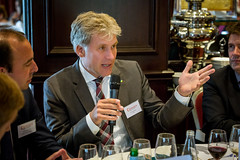 The Chamber signs an agreement with Instituto Cervantes to promote the use of...
This site uses cookies to provide you with a more responsive and personalized service. By using this site you agree to our use of cookies. Please read our cookie notice for more information on the cookies we use and how to delete or block them.Accept Read More
Scroll to top