Last 31st January 2018, the Official Spanish Chamber of Commerce in Belgium and Luxembourg hosted in its headquarters in Brussels a breakfast-debate with Ana Gallo, member of the Cabinet of the European Commissioner for International Cooperation and Development, Neven Mimica, about the “European External Investment Plan (EIP) and its benefit for Spanish companies”. Among the participants, there were members of the Chamber, business executives and representatives of Spanish autonomous delegations in Brussels.

Pablo López Álvarez, Vice-president of the Chamber and moderator of the event, started by saying a welcome word and introduced the speaker, highlighting her broad professional career related to the European Union. As member of the Cabinet of Neven Mimica, her main responsibilities are migration, employment, investment, innovative financing, audit and control, and her geographic operational areas are Latin America and the Caribbean.

Afterwards, Ana Gallo introduced the European External Investment Plan, a project designed by the European Commission to encourage investment in their partner countries in Africa and the EU Neighborhood region, to strengthen their partnerships and to contribute in achieving the Sustainable Development Goals, helping to address some root causes of migration. 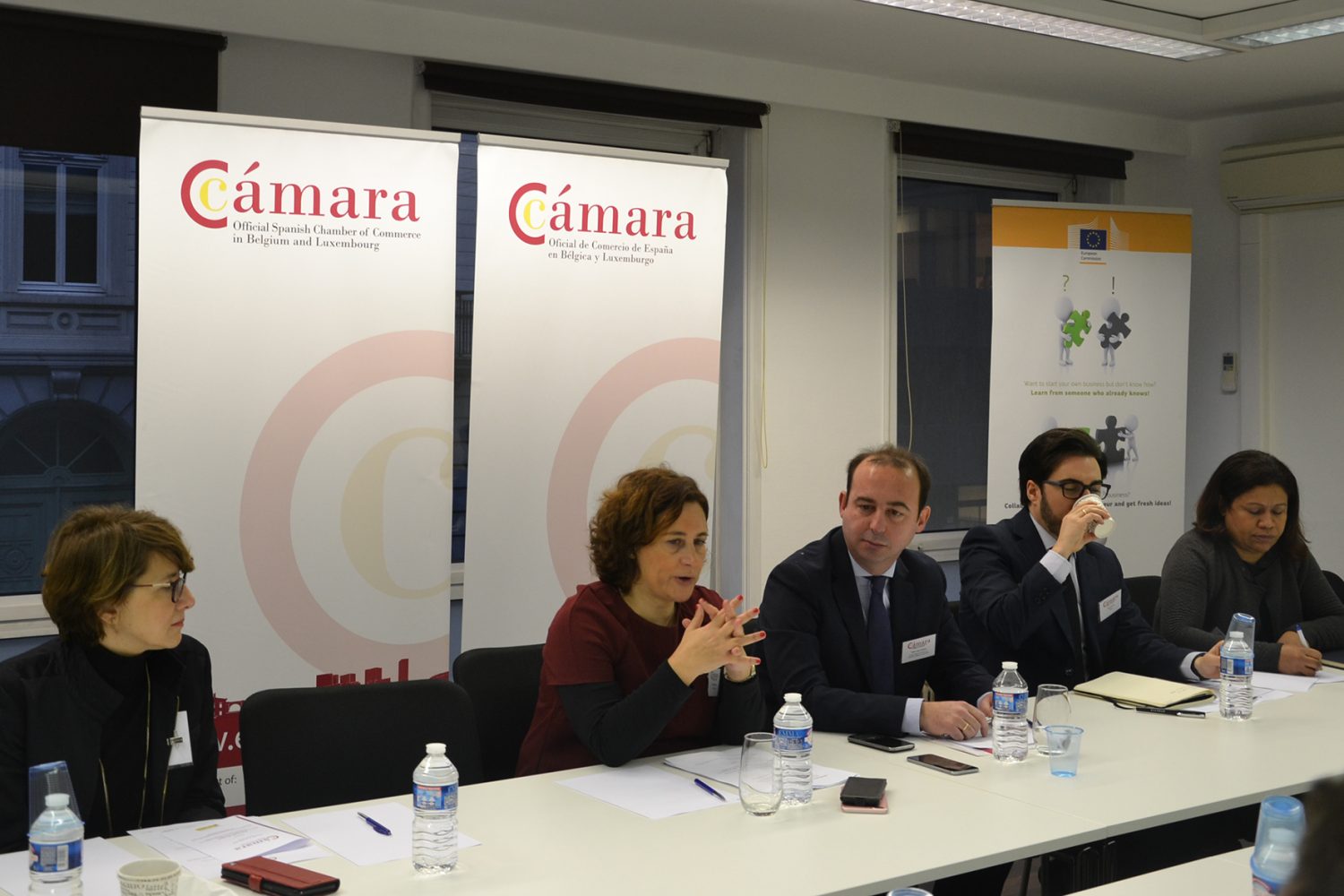 This plan emerged as a political response to the migratory crisis and to the immigration problem. In addition, in 2015 the global awareness led to the activation of the Sustainable Development Goals.

Furthermore, Gallo explained the five action sectorial desks of this plan which are: renewable energy and connectivity, sustainable cities, digitalization, micro/SMEs and development of agro-food industry.

Then, she described some of the types of financing for this plan and the different kinds of projects that can be presented to the EIP. These projects must meet the following requirements: they must lead to the achievement of sustainable development goals and they must be realistic, viable and profitable.

She also explained the pillars that support the execution of this plan: it is a project constituted by blending platforms, it ensures until 80% guarantee depending on the country, it has a part of technical support and viability checking, and, in addition, the projects combine grants and loans from financial institutions.

For all those people interested in presenting their projects, Gallo explained how the EIP functions practically, and how the selection process works. If a Spanish company wants to present their projects, first of all they need to go to the One-Stop-Shop so the secretary of the program can decide which entity or development agency would be more convenient. Afterwards, the G-Tag, the committee where the national banks are represented, analyzes the project from a financial point of view, in order to check its viability. Also, the sectorial desks mentioned above, have been created to promote a better distribution of the funds among all the sectors that are meant to be funded.

After Ana Gallo’s speech, the Vice-President of the Chamber opened the debate, marked by a high participation of the attendees. Among the main issues, the most remarkable topics were the renewable energies on the EIP, the running of the project implementation, the countries where it is going to be presented and the functioning of the One-stop-shop.

Breakfast-Conference: “Understand and promote the compliance”
This site uses cookies to provide you with a more responsive and personalized service. By using this site you agree to our use of cookies. Please read our cookie notice for more information on the cookies we use and how to delete or block them.Accept Read More
Scroll to top