It’s official, Verhulst Events & Partners offers you the opportunity to invite their business partners and professional contacts to encourage the Red Devils in the match to be held on November 17 against the Spanish National Team. Thanks to Diabolix Business Club you can enjoy the exclusivity of the game in great detail thanks to their VIPs tickets in which a delicious snack and dinner is included.

Jorge Cisneros, Member of the Spanish Chamber of Commerce in Belgium and Luxembourg, presents his book “The EU funds for SMEs “.

This is a guide to understand the European Union and its funds for companies, as well as to provide access to application submission and participation in the European Development Funds and External Aid.

Prepared by an expert in the field, it is a practical tool to dispel doubts of a company concerning the European Union as a facet of aid to SMEs and to understand the objectives set and to improve economic competitiveness.

It provides an overview of the main aid programs for companies, essential knowledge for all professionals who would like to get into this unknown world.

The Minister of Employment and Social Security, Vicente Perez Menayo, and the Minister of Culture, Joaquín Durán Garach, chaired the event, along with the Director of the Latin American Foundation for the Cultural and Creative Industries (Fibicc) Santiago Arroyo. They coordinated the presentations and interventions concerning the issue of entrepreneurship and cultural management. 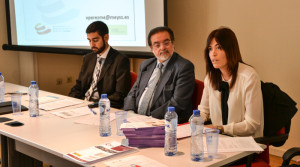 The General Secretary of the Official Spanish Chamber of Commerce in Belgium and Luxembourg, María Catalán, participated in the panel discussion on funding and supporting cultural entrepreneurship in Belgium. At the debate we talked about the services provided through the BeLux Youth program managed by the Chamber of Commerce and supported by the Ministry of Employment and Social Security. More than 150 young people in Belgium have already benefited from the free services of this project.

During the second day of the event, organizations such as Guichet des Arts or Arteconomy spoke about the importance of funding for cultural projects and the role of cultural management companies as mediator between the business sector and the ICC. During the talks, issues such as authorship of the creators, the instrumentalization of art or the legal issues surrounding the world of cultural enterprise were also discussed. 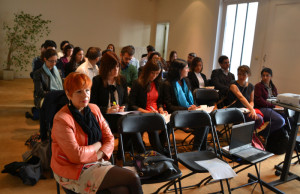 The day ended with the presentation of some projects promoted by young people in the cultural sector in Belgium. Cultural entrepreneurship projects like the magazine Acentos or Art Viewer were some of the initiatives presented.

The event was held under the framework of the Youth program strategy of the Directorate General of Immigration, Ministry of Employment and Social Security of the Government of Spain, promoted by the Ibero-American Foundation for Cultural and Creative Industries (FIBICC). 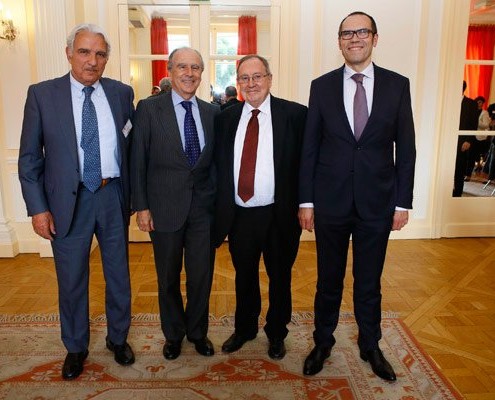 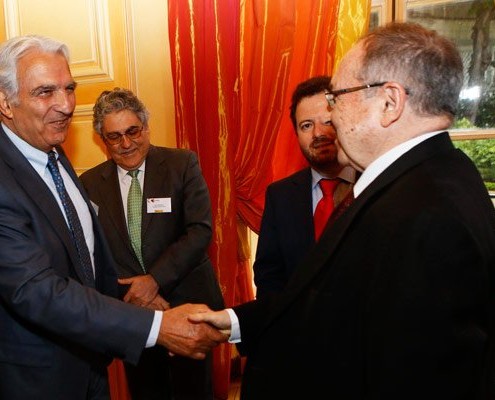 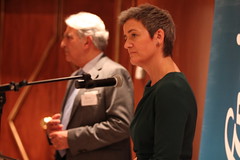 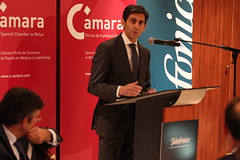 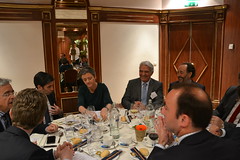 Last Thursday, 26 March, a meeting in Gijón took place with regard to Asturian citizens living abroad in the face of the future challenges of the Asturian society. The meeting focused on two important aspects of emigration: young people and the role of diaspora in the internationalisation of the companies.

The event was organized by the association ‘Compromiso Asturias XXI‘, where lectures were presented by Pablo López-Álvarez, vice-president of the Chamber, and Ramón López-Peláez, manager of Programa Jóvenes.

The first one participated in the panel discussion ‘Emigration and international markets‘, where he joined other Asturian professionals residing abroad and presented his professional experience and point of view about the role of expatriates as information sources for Asturian companies interested in expanding internationally.

Meanwhile, Ramón López-Peláez offered his vision in the panel ‘Youths and international career‘, commenting the situation of young expatriates in Belgium and Luxembourg, the jobs in demand, as well as some successful tips for job hunting.

The networking dinner will begin at 8 p.m. and will take place in Rue Auguste Orts 20-28, in Brussels. To confirm your assistance, please send an email to info@e-camara.com before Thursday 19th of March.

This exclusive event is only available for partners of the Chamber.

Pierre Balthazar, culinary counselor and chef in THE HOTEL, has invited three world known chefs to elaborate a menu based on the same basic ingredients, created in three personal ways. 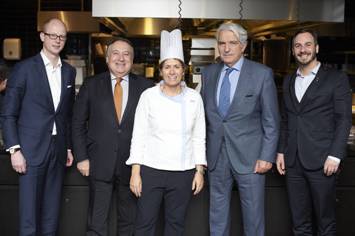 Juan Rodríguez-Villa, our President, together with José Fernández Muñíz (from the Commercial Office in the Spanish Embassy), Jan Joris Kriele (General Director of The Hotel) and Nicolás Barsotti, the Sales Director, shared a table while tasting the culinary delights made by Macarena de Castro.

The Spanish Official Chamber of Commerce in Belgium and Luxembourg celebrates the presentation in Brussels of this excelent example of Spanish high cuisine.

The Ministry of Economy and Competitiveness organized, on 5 November in Madrid, a Seminary about the “Fund of the Enterprise Internationalization (FIEM)”, led by the management team of the Official Chambers of Commerce of Spain abroad.

The President and the General Secretary of the Official Spanish Chamber of Commerce in Belgium and Luxembourg participate in the conference, where key issues for the PYMES will be dealt with such as the access to the Spanish credit system for internationalization, the support for investment, corporative financing and cofinancing of FIEM with other financial instruments to support export.

On 29 October the conference about “Assets planning in a Spanish-Belgian inheritance context ” took place in Brussels, at the Spanish Chamber of commerce in Belgium and Luxemburg. 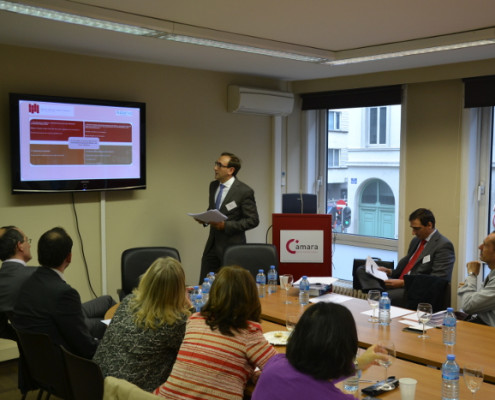 Rafaël Álvarez Campa, Partner in Brussels at law firm Wantiez, Bailleux, Causin & Janssen, and José María Moyano, Partner at the law firm Adarve Abogados in Madrid, both members of the International Network of tax experts Law and Numbers, were the speakers of what proved to be an interesting and interactive workshop, which gathered an important number of Spanish expatriated people who are tax residents in Belgium, and have financial interests in both countries.

“The need of being advised in advance is essential, because when the logic ends, then Belgium starts” Rafaël Álvarez Campa says, as an example of the complexity that can imply the correct planning of expatriated people’s assets planning. “Moreover if we take into account that there’s no existing agreement between Spain and Belgium to avoid double taxation in Inheritance and Gift matters”, José María Moyano emphasizes.

The conference was attended by numerous participants.