On January 9th, 10th and 11th 2023, a new edition of the leading European international food and wine from Spain, Ibérica Expo, will take place in Amsterdam.
During these three days, Ibérica Expo will bring to the Netherlands a selection of Spanish companies from the agri-food sector with the aim of giving them visibility and putting them in contact with potential distributors in the BeNeLux. Last year, Ibérica Expo Amsterdam attracted 71,000 visitors and more than 760 exhibitors.

The Official Spanish Chamber of Commerce in Belgium and Luxembourg will collaborate in this initiative by identifying and coordinating the participation of importing companies from Belgium, Luxembourg, and the Netherlands.

During the fair, the products presented by the exhibitors will have the chance to win one of  The Ibérica Awards. The judges, selected from the most influential industry experts, will recognise, and reward the excellence of the Spanish food and beverage industry. Benelux importers, distributors and buyers will not only have the opportunity to be part of this jury, but will also be offered the chance to participate in a panel discussion, where they will share their opinions and insights on current trends in the sector.

ABOUT IBÉRICA EXPO
Ibérica was created with the aim of promoting worldwide the Spanish food and beverage industry through various trade fairs and events. Ibérica Expo events, leaders in the global trade fair sector, bring together thousands of international buyers every year, helping to promote Spanish producers who represent Spanish gastronomic excellence. Here you can find a video of Ibérica Amsterdam 2020. 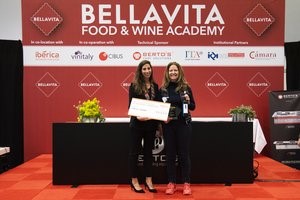 MobiliseSME, the perfect way to exchange ideas and profit the teamwork
Scroll to top
This site uses cookies to provide you with a more responsive and personalized service. By using this site you agree to our use of cookies. Please read our cookie notice for more information on the cookies we use and how to delete or block them.Accept Read More
Privacy & Cookies Policy