Last Monday 29th November, the Official Spanish Chamber of Commerce in Belgium and Luxembourg organised in Brussels a luncheon-debate with Henrik Hololei, Director General of the Directorate General for Mobility and Transport of the European Commission, sponsored by Abertis company. The subject of the event focused on “The EU mobility strategy and priorities for the next decade” and was attended by more than 40 participants, including members of the Chamber, business executives and representatives of Spanish organisations. 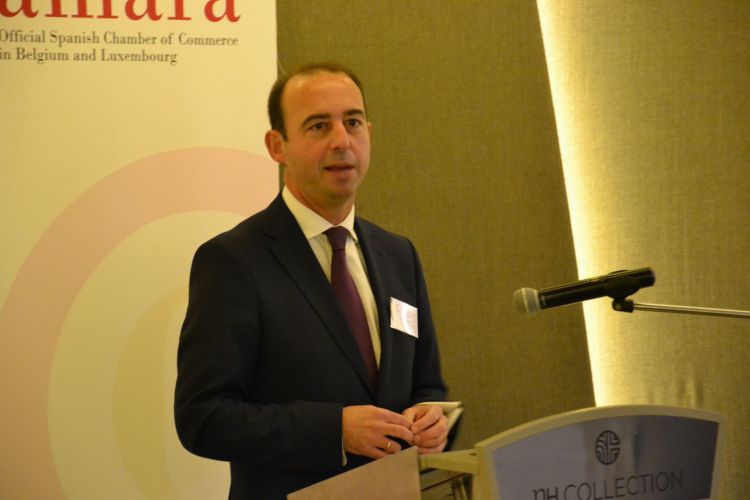 Pablo López Álvarez, President of the Chamber, opened the event expressing the excitement and honour of being able to hold this first face-to-face meeting since the COVID-19 crisis started. He also presented the extensive professional career of our guest, Henrik Hololei, pointing out his important work and involvement as Director General of the Directorate of Mobility and Transport of the European Commission during the sanitary crisis.

He was followed by Christian Barrientos, CEO of AMS (Abertis Mobility Services) and sponsor of the luncheon-debate. Barrientos presented his company, a world leader in the management of motorways in countries such as Spain, Chile and Brazil, highlighting the company’s internationalisation strategy and its objective of organic growth through commitment to technological development. He concluded by stressing the importance of public-private sector collaboration to combat the pandemic, before handing the floor to Henrik Hololei.

Mr. Hololei introduced the objectives and priorities of the European Union in the mobility and transport sector short and long term. The Director-General started his speech by highlighting the importance that the transport sector has had and still has in the health crisis: “if transport stops, the economy stops. That is why recovery from the COVID-19 crisis cannot mean business as usual”. 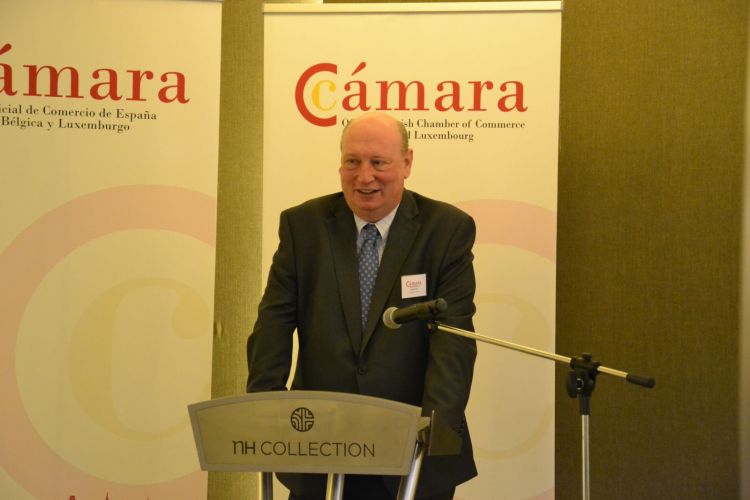 Firstly, Hololei highlighted the EU’s commitment to sustainability and the ecological footprint, which is reflected in new commission policies such as the Green Deal, directly related to the transport and mobility sector. According to Henrik Hololei, transport remains one of the most important sources of air pollution, even exceeding the energy sector. For this reason, the Director General stressed the importance of acting in the context of the climate crisis in which we are living and the need to make every means of transport more sustainable.

Secondly, Hololei addressed the importance of the digitalisation of resources, in order to achieve the objectives, set out above, as the climate transformation goes hand in hand with the digital transformation. He also stressed the need to modernise traditional policies.

The last point of his speech focused on the resilience of mobility systems. For Hololei, it is essential to pay special attention to innovation in infrastructures, expanding and improving electric stations, building safe car parks and, in general, investing in the modernisation of infrastructures to accelerate the transformation and achieve real goals.

Hololei concluded his speech by recalling that this is a unique opportunity to emerge stronger from the pandemic, to transform our economy and to create new and better opportunities for Europe and Europeans.

The conference was followed by a Q&A session where participants were able to express their views and raise some questions about his presentation. Among the doubts clarified in the event, there were issues related to the effectiveness of the EU Recovery Plan to combat the effects of the crisis, the implementation of electric charging points or the race to turn aviation into a “zero emissions” sector.

From the Chamber, we would like to give a special thanks to Bodegas Cepa 21, the wine sponsor of this event, as well as to the participants, for making this event a very successful luncheon-debate.

Interview with FCC Construcción, Company of the Year Award

08/02 Luncheon-Debate with Marcos Alonso Alonso, Permanent Representative of...
This site uses cookies to provide you with a more responsive and personalized service. By using this site you agree to our use of cookies. Please read our cookie notice for more information on the cookies we use and how to delete or block them.Accept Read More
Scroll to top