The Official Spanish Chamber of Commerce in Belgium and Luxembourg organized last Thursday 15th of September in Brussels a luncheon-debate with Juhan Lepassaar, Head of Cabinet of the Vice-president Andrus Ansip, about the “Digital Single Market”.

The event, which was attended by representatives of different European institutions, lobbyists, members of the Chamber and Spanish and international company heads, began with the intervention of the President of the Chamber, Juan Rodríguez-Villa Matons. He started his speech thanking the speaker for his attendance and he gave a short summing up of Lepassaar’s professional background. Rodríguez-Villa Matons highlighted his “great trajectory” in spite of his youth. Furthermore, he mentioned the last proposals announced by the Comission on the 14th of September related to the Digital Single Market. This project was undertaken by the Vice-president Andrus Ansip in May 2015 and it has become one of the most ambitious Commission fields.

Juhan Lepassaar during his speech.

After the introduction, Lepassaar started his presentation making a reference to the last reforms of the Commission: the modernisation of the copyright rules, the e-commerce regulation and a better choice and access to content online. The Head of Cabinet also reminded the topics in which his team is working, such as the elimination of the roaming fees or the free and public WiFi in the European Union. “Next week we will launch a new proposal to make sure that every European enjoys the roaming”, he announced.

At question time the attendees could raise some issues with him, such as the regulation of competence in e-commerce, the concerns of various sectors about the new digital divide rules, or the banks and other entities role in this era of increasing digitalisation. He was also asked about the coordination of the radio spectrum policy, another striking field of the Digital Single Market.

The presidential table of the luncheon-debate.

Lepassaar replied in detail to every question raised and highlighted the European Union willingness to boost economic growth through the Digital Single Market, taking into account all actors involved.

The Chamber concluded the act giving a gift to Juhan Lepassaar in recognition to his work as Head of Cabinet of the Vicepresident Andrus Ansip.

We would like to thank the winery Martínez Lacuesta for sponsoring the wine of the event. 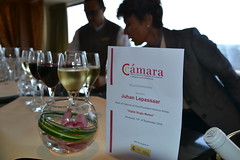 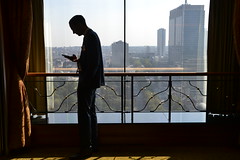 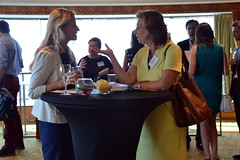 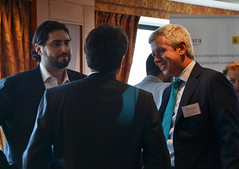 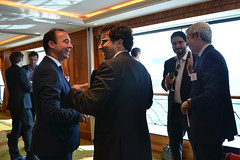 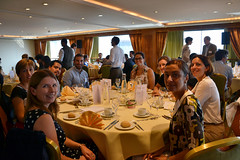 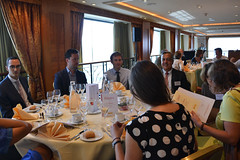 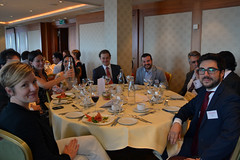 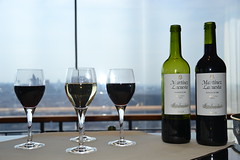 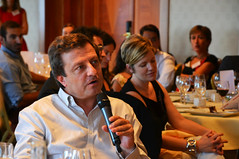 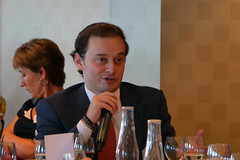 Public sales of two Spanish State properties in Brussels and Liege on the 3rd...
This site uses cookies to provide you with a more responsive and personalized service. By using this site you agree to our use of cookies. Please read our cookie notice for more information on the cookies we use and how to delete or block them.Accept Read More
Scroll to top