The Official Spanish Chamber of Commerce in Belgium and Luxembourg held last 8 December a luncheon-debate with the Commissioner for International Cooperation and Development, Neven Mimica, about “The role of private sector in EU Development Cooperation in light of the 2030 Agenda”. 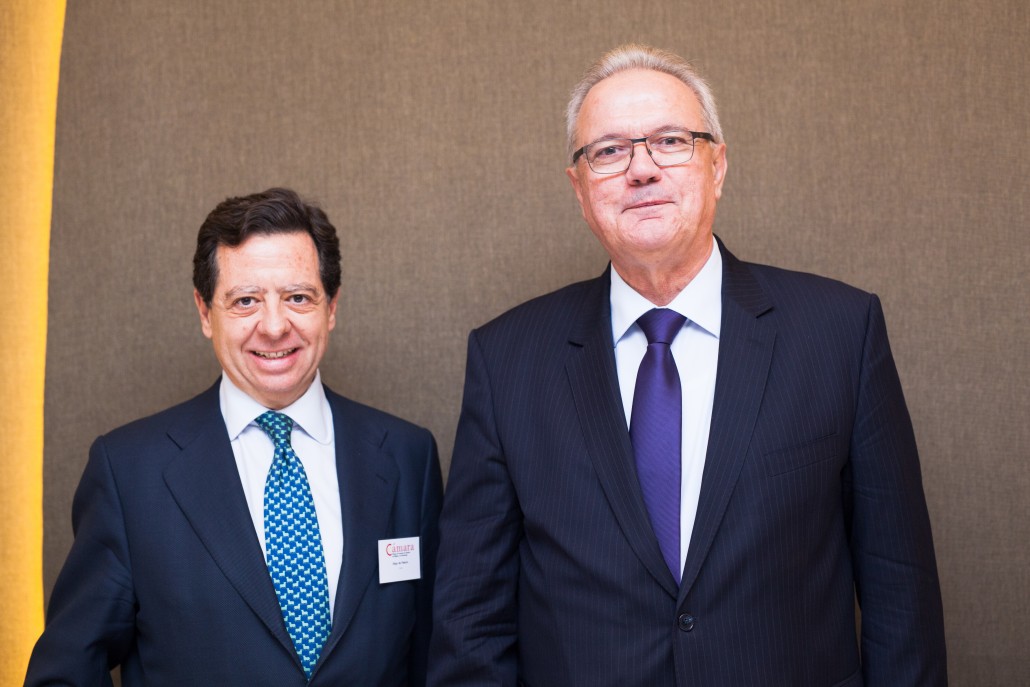 The event, sponsored by the technological consultancy firm Indra, was attended by members of the Chamber, corporate executives, members of the Spanish and the international diplomatic corps, and European Union representatives. The luncheon-debate began with the welcoming remarks by the President of the Chamber, Juan Rodríguez-Villa Matons, who thanked the Commissioner for his participation, and Iñigo de Palacio, Director of Institutional Relations of Indra, for the collaboration of the company as sponsor company. 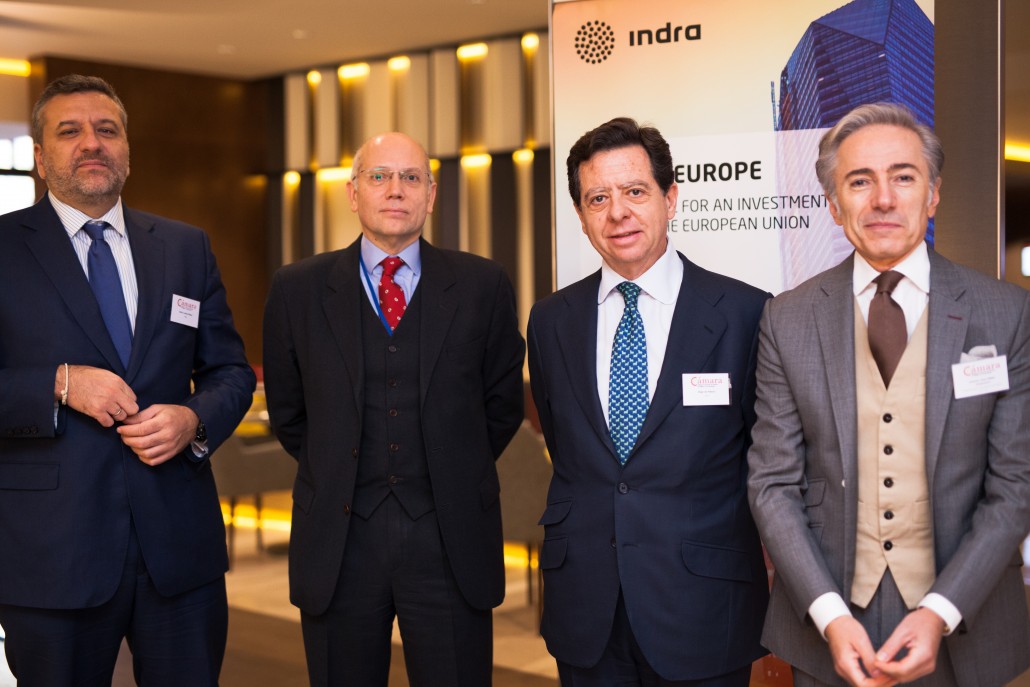 De Palacio gave a short summing up of Mimica’s professional background and announced the main development projects which Indra is currently implementing in Africa. Thus, he highlighted the importance of the collaboration of the private with the public sector, providing it its experience in different fields, such us in the energy one, transport or health, in order to make the cities more stable and the citizens more secure. “There should be a greater coordination between the companies and the European Union”, he said.

The Director of Institutional Relations of Indra gave the floor to the Commissioner Mimica, who started his intervention thanking the Chamber for his invitation to the tribune “Business Circle” as a honour guest. The speaker first reminded that in 2015, the European Year for Development, numerous agreements were signed to promote the cooperation. For example, in July of that year the Third International Conference on Financing for Development was held in Addis Ababa (Ethiopia) and ratified afterwards in New York. Then, he pointed out the Agenda 2030 scopes and highlighted the higher investment for development. In this sense, Mimica stressed the EU’s willing to combine the traditional funding sources with new public-private partnerships. 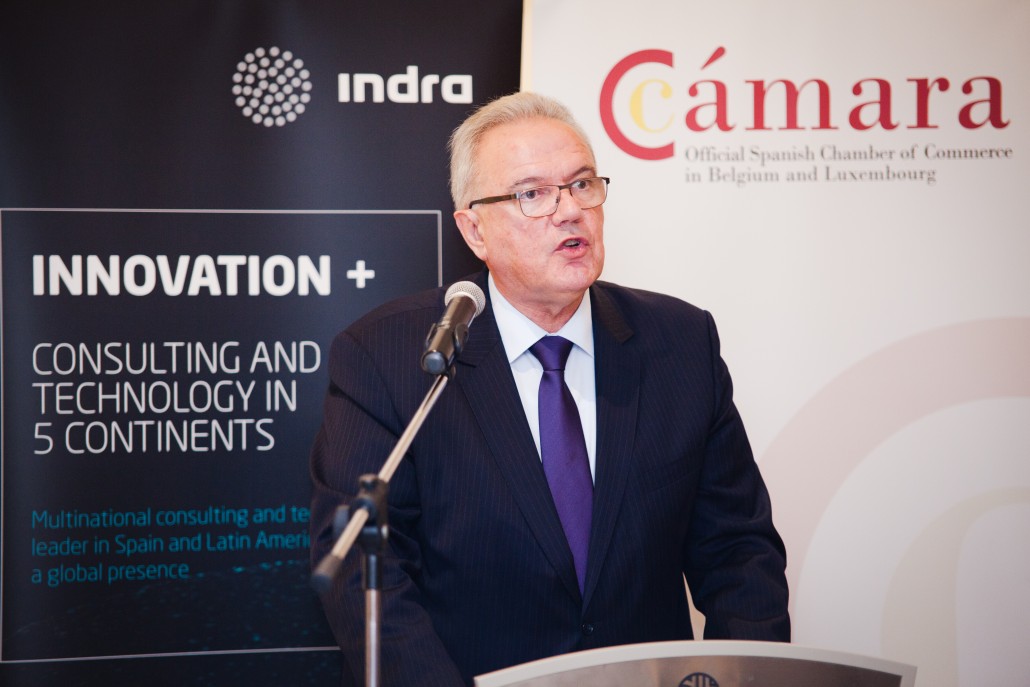 The speaker introduced the new package of proposals announced last week by the Directorate-General for International Cooperation and Development (DG DEVCO). Those include the creation of new employments in Africa and helping the most vulnerable sectors of the population in the integration into the workplace. “In this way, we will create new markets and big opportunities will emerge for Europe”, he said. Mimica stressed, however, that for achieving these goals the collaboration with the private sector is essential. The European Commission, in this sense, can offer to the companies the right business environment with the developing countries as well as helping them to invest in order to address the market weaknesses.

The European Commission can encourage dialogue between the private sector and the developing countries through, for example, the business forums in which they take part in. The Commissioner also referred to the European External Investment Plan, announced last September, which promotes the investments in Africa and in the EU neighbour states, in particular to help the economic and social infrastructure as well as the SMEs to address the obstacles for the private investment.

Mimica also explained the steps that a company has to follow to implement a project cofinanced by the EU: firstly, the company has to present the project to the Commission; this reviews it; the EC takes the final decision and, if it approves it, it looks for the financing in the European banks. 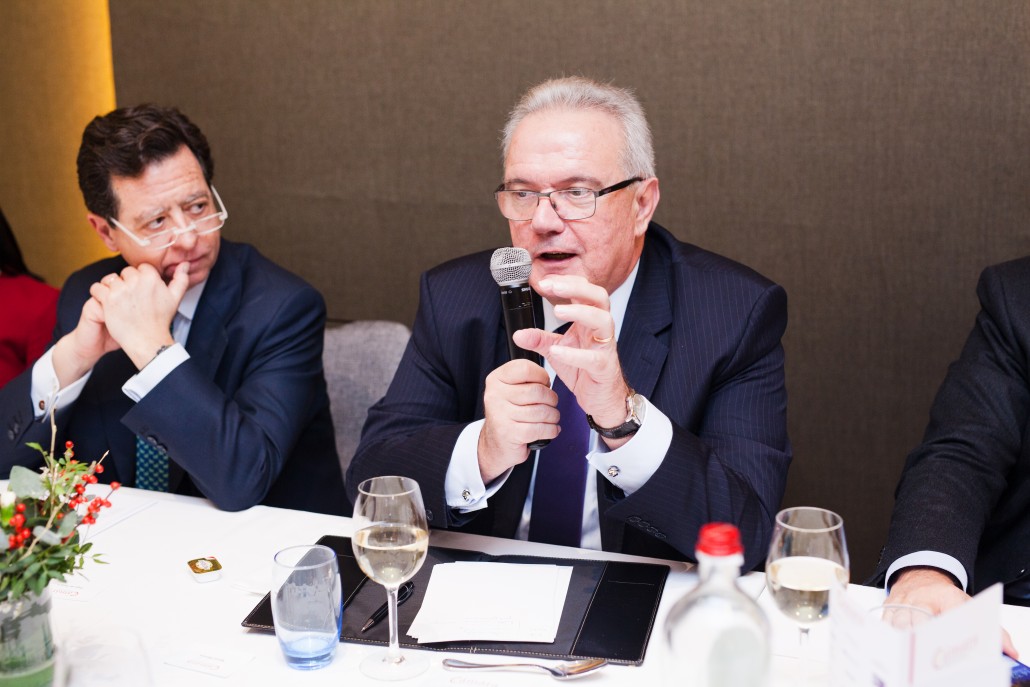 The Commissioner expressed as an example the success of the projects implemented in Latin America in the energy, transport, climate change and health sectors. Moreover, he highlighted the one developed in Nicaragua to improve the quality of the water.

Mimica finished his speech emphasizing that «cooperation is not about charity; it’s about the actions carried out and not only the words”. During the question time the attendees could raise him their doubts. Those included questions about the European External Investment Plan or the guarantees which the EC must ensure to the companies for letting them implement the projects in the Agenda 2030 framework. 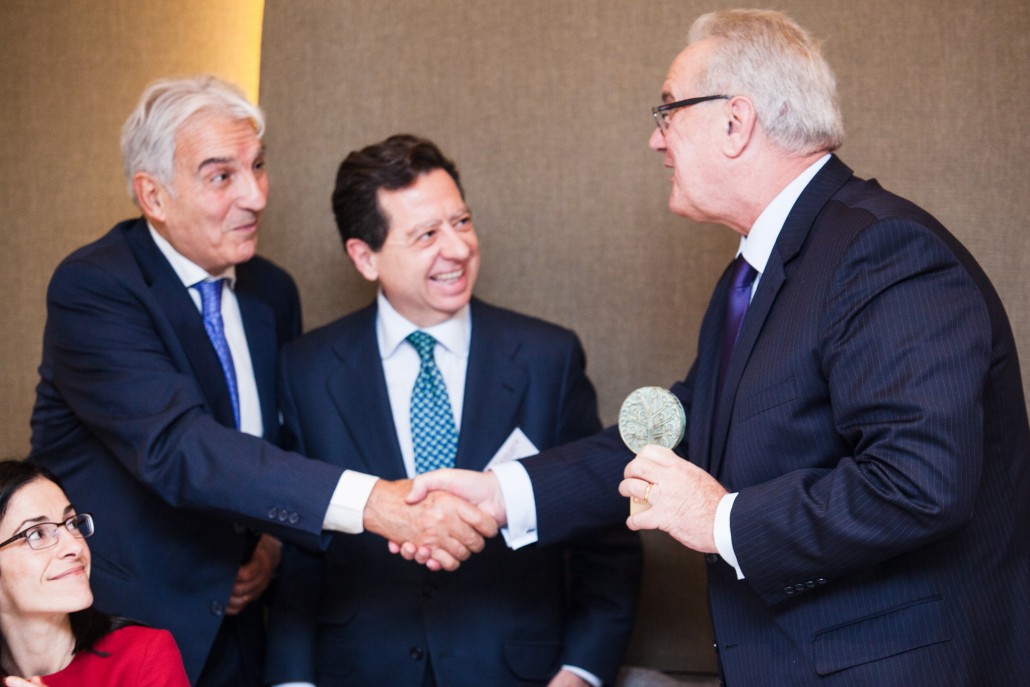 Mimica answered in detail to all the questions and highlighted the EU’s willingness to review and monitor the sustainable projects carried out by the private sector. “These should look for the human development, seek to eradicate diseases in Africa, for example, and reinforce the healthcare system”, he said.

The Chamber and Indra concluded the event giving a gift to Neven Mimica in recognition to his work as Commissioner for International Cooperation and Development.

We would like to thank the winery Bodegas Corral for sponsoring the wine of the event. 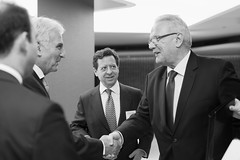 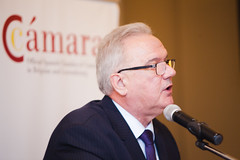 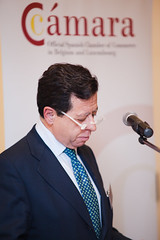 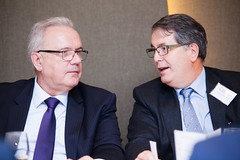 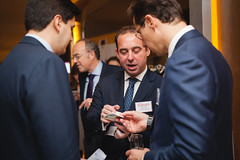 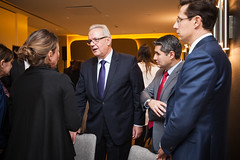 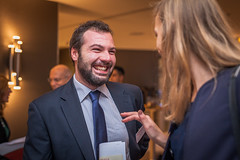 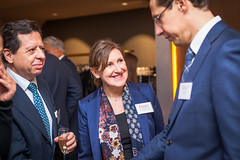 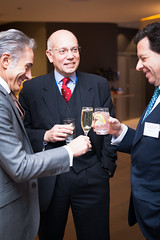 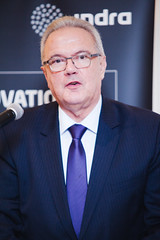 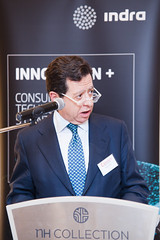 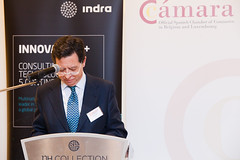 The Chamber meets with a group of entrepreneurs of Extremadura
This site uses cookies to provide you with a more responsive and personalized service. By using this site you agree to our use of cookies. Please read our cookie notice for more information on the cookies we use and how to delete or block them.Accept Read More
Scroll to top