The past 21st November 2017, the Official Spanish Chamber of Commerce in Belgium and Luxembourg organized in Brussels, in collaboration with the Delegation of the Government of Navarra and the Chamber of Commerce and Industry of Navarra, a conference at the Hotel Sofitel Brussels about the business opportunities for collaboration in the biomedicine sector between Navarra and Belgium. During the conference numerous presentations from different representatives of universities, companies and institutions, both from Navarra and Belgium, took place. 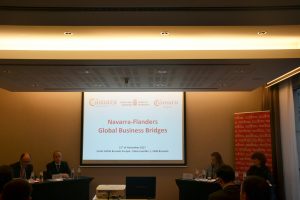 Bert Dehandschutter, member of the Board of Directors at the Official Spanish Chamber of Commerce in Belgium and Luxembourg, and Manuel Ayerdi, Vice-president for Economic Development of the Government of Navarra, both said a welcome word.

Afterwards, Kathleen D’Hont, policy officer at the Government of Flanders, presented the biomedical sector in this region, highlighting the universities and active companies on this field, and the specialization of different Flemish organizations on this area.

On the other hand, Izaskun Goñi, Director General of Economy Policy at the Government of Navarra, explained the currently existing development areas in Navarra, focusing on health sector. She also presented the “International Plan of Navarra” which aims to increase, by 2020, the exports and the internationalization, as well as the companies from Navarra that usually export, specially to Belgium, but also to France, United Kingdom and Germany.

After that, Henk Joos, Managing Director at Flanders Bio, presented the organization, which is composed by life sciences clusters, and has its headquarters in Flanders. It counts on more than 355 members from 3 different regions in Belgium, and also from adjacent countries, such as the Netherlands. During his presentation, he underlined that Belgium manages the 18% of the European capital in biotechnology, highlighting that the reasons for this success are related to its excellency, the strong funding, the experience and its geographic location in Europe. It is convenient to point out the big concentration of biopharmaceutical institutions and companies existing in Belgium (Janssen Pharmaceutica, Pfizer, GSK vaccines, UCB, Roche Diagnostics, Novartis, Sanofi, Baxter, among others). 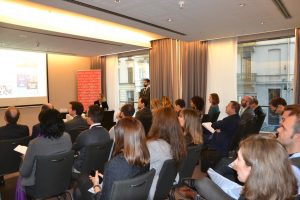 Elke Smits, Professor at the Antwerp University Hospital, attended as representative both from this University and from Flanders Bio. She explained the approach of biomedicine in Flanders, showing how the Research Center at the Antwerp Clinic operates, and emphasizing the importance of the correct use of data in order to achieve significant progresses.

She also mentioned the Biobanking and BioMolecular Resources Research Infrastructure, BBMRI, an organization which aims to create and maintain an infrastructure of Belgian biobank.

Begoña Vicente, Head of Business Development at Research Institutes, attended as a representative of the Public university of Navarra (UPNA), presenting the bachelor and masters degrees existing there, highlighting the ones taught in English in their totality, as well as the research activity that makes them outstand as an education center.

Elías Rodriguez-Toral, Director of the Research Management Department at CIMA (Centro de Investigación Médica Aplicada), presented how CIMA works and orientates its activities to the research of new diagnosis and therapeutic products, working together with pharmaceutical companies and other institutions.

Isabel Gil, Scientific Coordinator of NavarraBiomed Biobank and Clara Gahigiro, European Funding Project Manager at the same company, spoke about the Biomedical Research Centre of the Government of Navarra, highlighting the support and collaboration projects at the Spanish biobank network. It takes part of the Spanish Biobank network, an initiative from the Health Center Carlos III, which counts on 52 biobanks.

For her part, Ana Cañada, International Trade Manager at the Navarre Chamber of Commerce and Industry, explained briefly which are the main biomedicine companies in Navarra and the main objectives of each one of them (Cinfa, Palobiofarma, Albyn medical, 3pbiopharmaceuticals, geiser pharma, Lozy’s, Ojer Pharma, Tedcas, Pharmamodelling, making genetics, Innoup farma, eversens, movalsys).

Gert Verreth, Communication Advisor at Essenscia (Belgian Federation of Chemical Industries and for the Life Sciences), emphasized the fact that Belgium is on the world top 10 for pharmaceutical innovation, and the fact that 5 of the 100 essential medicines existing in the world, have been developed in Belgian labs. Thus, after presenting the key Belgian companies for this achievement, he explained the reasons why Belgium is a key country related to bio pharmacy: it is a unique academic and industrial network, it has a strong focus on the innovative research, a highly qualified and productive work power, and it is very well located and provided with excellent logistics infrastructure. 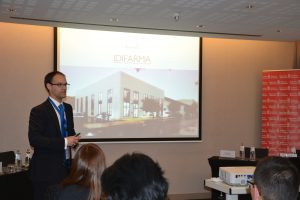 Afterwards, the companies from Navarra attending to the event were introduced. Javier Arnáez, representative of Idifarma, Francisco Fernández representative of Adacen, María Llorente Business Development Manager at Bionanoplus, and lastly, Iranzu Lamberto as Chief Operating Officer at IKan Biotech, did different presentations on behalf of their companies.

Finally, with the aim of turning this event into a productive meeting for both companies and organizations, and in order to create new business relationships, a matchmaking, consisting of B2B meetings between the companies and institutions took place after the presentations 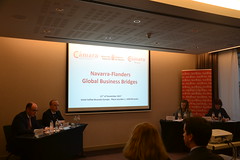 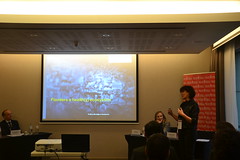 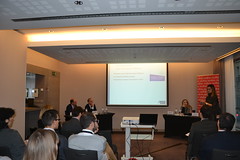 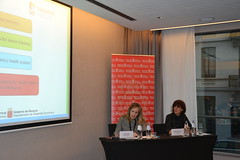 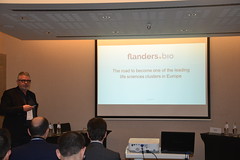 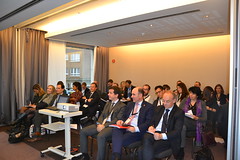 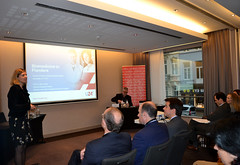 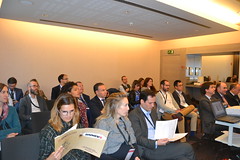 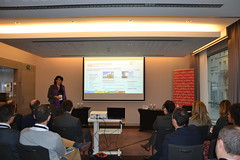 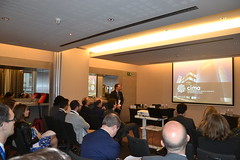 Success on the second edition of the workshop “EU Funding – Project Man...

The Chamber, local contact point for the Erasmus Young Entrepreneurs
This site uses cookies to provide you with a more responsive and personalized service. By using this site you agree to our use of cookies. Please read our cookie notice for more information on the cookies we use and how to delete or block them.Accept Read More
Scroll to top