On December 11th, Netflix, in collaboration with the Official Spanish Chamber of Commerce in Belgium and Luxembourg, organized a networking dinner with Diego Ávalos, Vice President of Original Content in Spanish of Netflix to celebrate the opening of the company’s new offices at the European quarter of Brussels. 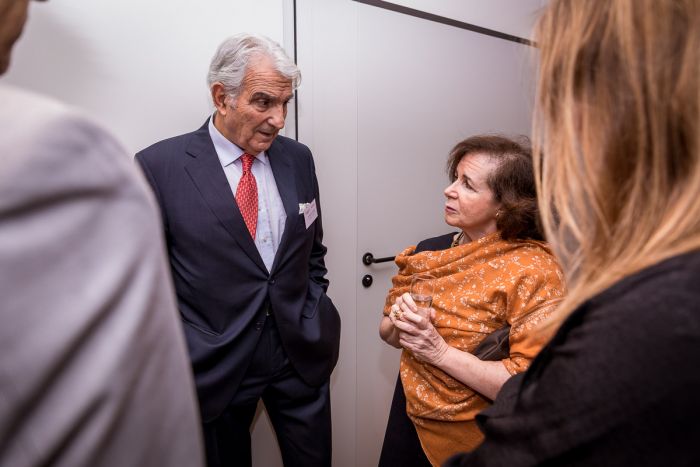 The event, which was aimed at a select group of guests among the Spanish community in Belgium, included, among others, the participation of the Ambassador of Spain in Belgium, Hon. Mrs. Beatriz Larrotcha Palma, business executives, representatives of European institutions and Spanish public entities.

The President of the Chamber, Juan Rodríguez-Villa Matons, welcomed the attendees and reviewed Netflix’s career and the evolution of the creative industries sector in Spain during the last few years. Subsequently, a trailer was screened with a preview of the upcoming Netflix productions in Spanish.

Then, Esperanza Ibáñez, Director of Public Policies for Spain and Portugal of Netflix, moderated an interview with Diego Ávalos.

Ávalos began by briefly reviewing his professional career to explain how he had joined the Netflix team. After its introduction, the Vice President of Netflix explained what is the company’s position regarding Spain. Indeed, the country is positioned as the main production hub of Spanish contents for the company, due to the fact that, since its arrival in the country, Netflix has made 26 original productions and has participated in 40 Spanish co-productions, such as “Elite”, “Cable Girls”or “Money Heist”. This is largely thanks to the great wealth found in Spain, not only in an artistic sense, but also in the diversity of cultures and landscapes. 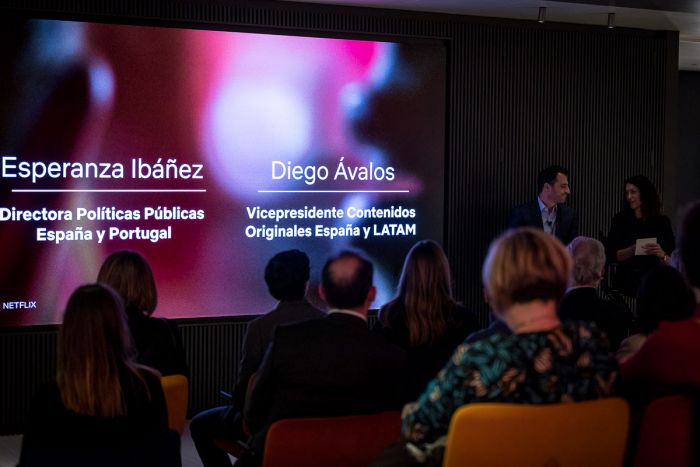 The presentation continued with the introduction of the new European Production Hub in Madrid, which opened last April in the city of Tres Cantos. Ávalos highlighted the importance of the investment of the opening of this new center in Spain, as it translates into economic and social benefits for the country: only in 2018, 13,000 actors, technicians and extras participated in original Netflix projects and, in 2019, this number will increase by more than 50%, reaching the figure of 25,000.

To end his speech, Digo Ávalos spoke about the future challenges of the audio-visual sector. On the one hand, the need to boost female talent in Spain, a challenge that they want to face by developing specific programs for directors and screenwriters, as well as projects that aim to promote a greater diversity of stories and people who work in front and behind the camera. On the other hand, the focus on the challenge of promoting quality work opportunities. Ávalos emphasized the shortage of professionals in certain fields (eg post-production) and showed Netflix’s goal to boost the audio-visual content production sector in Spain to generate new job opportunities.

After the presentation, a round of questions began in which attendees asked about the film industry, the commercial opportunities that Netflix could offer to other companies or the magnitude of the impact of the company at a local level.

The event closed with a walking dinner in which participants had the opportunity to taste Spanish products and network.

29/01 Luncheon-Debate with Rosa Aldea Busquets, Deputy Director of Directorate-General...
This site uses cookies to provide you with a more responsive and personalized service. By using this site you agree to our use of cookies. Please read our cookie notice for more information on the cookies we use and how to delete or block them.Accept Read More
Scroll to top