From the hand of the High Commissioner of the Government for the Spain Brand, Carlos Espinosa de los Monteros

(Brussels, 19th of March of 2013).-The ONCE and its Foundation have presented today for the Community authorities and nearly two hundred experts, businessmen and social fabric of the European Union (EU) about the “social character” brand Spain and how our country is a valued example in Europe because of its model of social inclusion, employment, education and citizenship rights for people with disabilities.

The High Commissioner of the Government for the Spain Brand, Carlos Espinosa de los Monteros and the president of the ONCE and his Fundation, Miguel Carballeda, participated in a luncheon-debate organized by the Official Chamber of Commerce, the executive vicepresident of the ONCE Fundation, Alberto Durán, also participate in this event where the main issues dealth with Spanish initiatives for more than 80 million European citizens with disabilities. 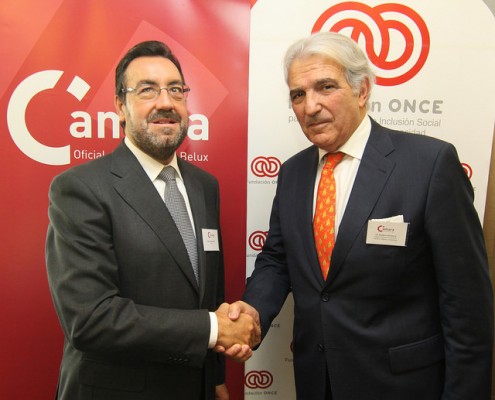 Espinosa de los Monteros agreed with Carballeda in emphasizing the social character of the brand Spain because, among other things, he highlighted that he wanted our country to be associated solidarity and solidity. In this regard, he referred to Spain as the fourth power in Europe and gave the ONCE as an example of the social dimension that “we want the country to present”

Furthermore, they paid attention to the diversity that Spain presents at all levels; on traditional and modern character. At the same time, Espinosa de los Monteros said that he wants our country to be associated with “a rising star”, such as flexibility, since, as he explained, it’s Spain’s ability to adapt to change. He also assured that: “we must make a great effort by all Spaniards and restore confidence in ourselves and know how to sell abroad, only in this way everything will improve”.

Meanwhile, Carballeda pointed out that the ONCE and its Foundation are a sustainable model, generating employment for disabled people in Spain, which currently depend on more than 136,000 jobs, 88.5% people with disabilities. And they have maintained a boost employment rate of about 5,000 a year, even in these times of crisis, many of them for youth and women.

“We are an active trader in the European Union with a vocation to cooperate in the process towards a competitive and cohesive Europe,” he said, before stressing that all they succeeded thanks to being “the first social lottery on a global scale,” which also tries to extend its model of public gaming operators liable under the “do not compete, join” slogan.

“Paralympic sport, the performance of many Spanish NGOs, the Spanish Society of Transplantation, among other things, are examples of a leading social Spain, a Spain committed to their present and future and Spain by and for everyone. We will continue to build the brand of Spain counting on what we are, what we do and how we do it, because we are proud of our model that can be replicated elsewhere in the world, ” he concluded.

For his part, President of the Chamber of Commerce of Spain to Belgium and Luxembourg, Juan Rodríguez-Villa Matons, recalled the fact that the High Commissioner has an interesting tool in the 36 Chambers of Commerce in Spain which are established on the five continents. “The private sector, which represents the Chambers, is a weapon of singular importance for the penetration of international markets,” he stated.

ONCE and its Foundation are working in various areas of international scope of its initiatives, especially with regard to economic, social, business and sports dimensions, with a democratic management model based on responsible gaming and providing services to people with disabilities, which currently extends to initiatives in Europe, Latin America and other parts of the world.

In this vein, they constitute the largest social service agent, creation and boost employment for disabled people in Spain, with a rate of about 5,000 new jobs annually, even in the last four years of severe economic crisis.

We further demonstrate that it is possible the social profitability and economic, they are profitable and sustainable, creating jobs for some 115,000 people with disabilities, with the perimeter of entities and companies, constitute the largest group of special employment centers in Spain, as well a driver of business sector and entrepreneurs.

As an active trader in the European Union, the ONCE and its Foundation are participating in social and community socio-economic movements since 2000, urging that all measures affecting individuals (from transportation to jobs, to education accessibility and culture ) take into account people with disabilities.

Brand Spain from the Third Sector

Participates in the European Forum of Persons with Disabilities and maintains 13 years of partnership with the European Social Fund (focused on avoiding exclusion through training and employment of certain groups of citizens), in addition to promoting a Social Responsibility company, focused on disabilities.

Moreover, the commitment of the ONCE and its Foundation to sport is widely recognized and valued, as a driver and maintainer of the Paralympic spirit, which has offered to Spain and many other EU countries major sports results and, above all, improved visibility and the image of persons with disabilities, which started in Barcelona ’92 ​​and has been very apparent recently in London in 2012 at the Paralympic games.

Finally, he highlights the work of the ONCE Foundation as an undisputed opinion leader on disability, promoting the cooperative and associative effort in the world of disability, and trying to group and give a stronger voice to the Third Sector and the social economy as actions from civil society which makes societies more inclusive and better. 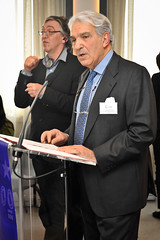 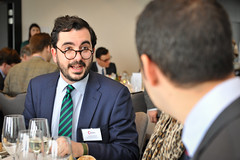 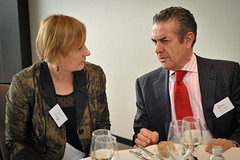 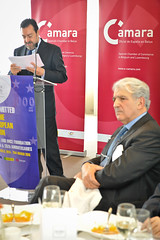 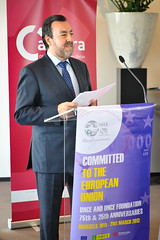 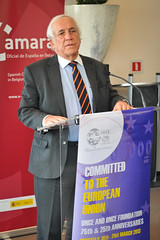 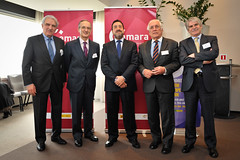 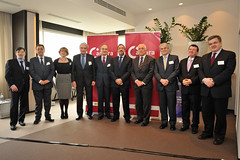 29jan12:30- 14:30Luncheon-Debate with Rosa Aldea Busquets, Deputy Director of Directorate-General for Budget of the European Commission

The next January 29th, the Official Spanish Chamber of Commerce of Spain in Belgium and Luxembourg organizes in Brussels a luncheon-debate with Rosa Aldea Busquets, Deputy Director of Directorate-General for Budget of the European Commission. The [...]

The next January 29th, the Official Spanish Chamber of Commerce of Spain in Belgium and Luxembourg organizes in Brussels a luncheon-debate with Rosa Aldea Busquets, Deputy Director of Directorate-General for Budget of the European Commission.

The event will take place from 12:30 pm until 2:30 pm at the Hotel NH Collection Bruselas Grand Sablon (Rue Bodenbroek 2, 1000 Bruselas).

The event will be carried out in Spanish with simultaneous interpretation in English.

If you would like to attend the event you can register through this form.

The Official Spanish Chamber of Commerce in Belgium and Luxembourg organizes the next Thursday 30th January at 18:30h in Hotel Meliá Luxembourg (1 Park Drai Eechelen, 1499 Luxembourg) the New Year’s Cocktail 2020. This [...]

The Official Spanish Chamber of Commerce in Belgium and Luxembourg organizes the next Thursday 30th January at 18:30h in Hotel Meliá Luxembourg (1 Park Drai Eechelen, 1499 Luxembourg) the New Year’s Cocktail 2020. This is an exclusive and free event for members of the Chamber to promote networking and business opportunities between members.

For the inscription is necessary to send an email to luxemburgo@e-camara.com.

Günther Oettinger: Energy and Competitiveness in Europe
This site uses cookies to provide you with a more responsive and personalized service. By using this site you agree to our use of cookies. Please read our cookie notice for more information on the cookies we use and how to delete or block them.Accept Read More
Scroll to top