On May 9, the Official Spanish Chamber of Commerce in Belgium and Luxembourg organized, in collaboration with LaLiga, a presentation detailing the “Economic-Financial Report of professional football” during the 2017/2018 season. The event was attended by journalists, public bodies and representatives of Belgian and Spanish companies.

In the first place, Andrea Oriol, delegate of LaLiga in Benelux, gave a few words of welcome to the attendees and presented the work of LaLiga and the clubs that compose the competition. Afterwards, the economic-financial results of the last season were described.

LaLiga has reached the highest records of the competition in its history. According to the last Economic-Financial Report of Spanish professional football, corresponding to the last season concluded (2017-2018), LaLiga’s clubs recorded revenues of € 4,479 Mn, representing a growth of 20.6% compared to the season previous.

This is the largest annual positive change achieved in recent years, which is very remarkable as it has been produced after several years in which it has grown steadily at a double-digit rate. 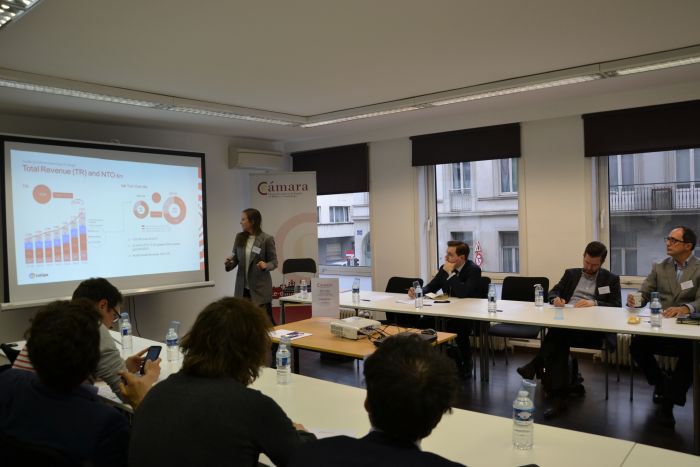 The 2017-18 season has been surprising due to the emergence on the scene of two new growth engines of LaLiga: commercial revenues and income from transfers, which have stolen prominence as drivers of annual growth to retransmission revenues.

In the case of commercial revenues (not including the billing from advertising), the annual increase reached 34.1%, until the turnover reached € 838 Mn, which is indicative that Spanish clubs are becoming increasingly attractive media for sponsors.

On the other hand, the income derived from the transfer of players (i.e. sale price), the annual increase of 104.3% allowed to double in a single year the billing for this concept, with a record of € 1,018 Mn.

However, the audiovisual billing received by the clubs managed to exceed the level of € 1,500 Mn for the first time and will regain its prominence as of the 2019-20 season, as a consequence of the new audiovisual cycle negotiated by the national market and the signed international agreements.

It is very important to note that these results have been achieved coinciding with an increase in operating expenses (OPEX) and at a time of high investment intensity (CAPEX).

It is equally important to point out that LaLiga 1 | 2 | 3 not only contributes more and more to the revenues of LaLiga as a whole, but also to the results (all the indicators are already in positive terrain and growing sense) and to the generation of cash flow and the value of the activity.

All of the above has led to obtaining a business profitability index (ROIC) that stood at 12.3% (15.1% adjusted) in the 2017-18 season, six tenths higher than the previous season and that, in any case, is substantially above the levels of other reference competitions. 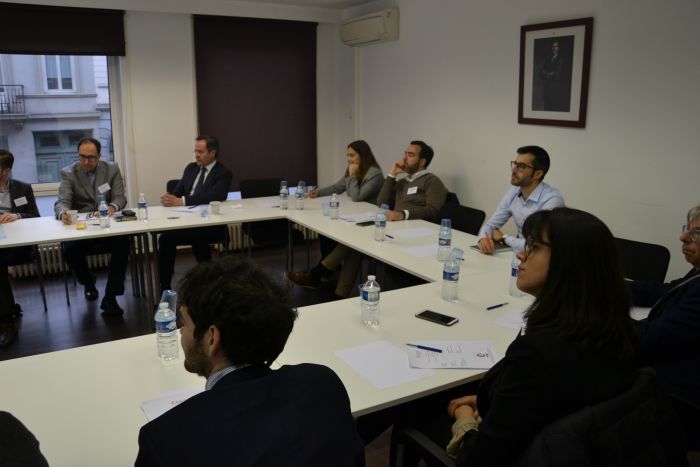 In addition, the LaLiga clubs create a professional football industry that generates an impact on economic activity equivalent to 1.37% of the national GDP and employs directly or indirectly close to 185,000 people (0.98% of the population). average used in Spain in the last year).

After the presentation, a round was given to questions in which the delegate of LaLiga answered all the questions of those who wanted to obtain more information about the exposed subject.

The complete Economic-Financial Report can be consulted here

Masterclass about Disruption, “Exonomics” & Tech Trends
This site uses cookies to provide you with a more responsive and personalized service. By using this site you agree to our use of cookies. Please read our cookie notice for more information on the cookies we use and how to delete or block them.Accept Read More
Scroll to top