The Official Spanish Chamber of Commerce in Belgium and Luxembourg organized last 27th of April a seminar on “Smart Cities: fostering opportunities between Spain and Brussels-Capital Region” in Brussels, in cooperation with Brussels Invest & Export. The event was organized with the aim of promoting the collaboration between the public and private sector of both countries for the development of projects such as Smart Cities and intelligent cities.

The seminar was attended by more than 30 representatives of institutions and local and Spanish companies interested in exchanging experiences in the sector.

The President of the Chamber, Juan Rodríguez-Villa, and the Commercial counselor of the Brussels Capital Region in Madrid, Ariane Léonard, welcomed the attendees and emphasized the excellent collaboration the institutions maintain with the aim of boosting trade relations between Spain and Brussels.

Céline Vanderborght, Project Manager Smart City of the BRIC (Brussels Regional Informatics Centre), opened the speeches by presenting the Smart Cities project of the Brussels Capital Region. “The citizens need to be the center of the Smart Cities strategies and the protection of their personal data is a key factor”, she emphasized. Furthermore, she highlighted the fact that the Brussels Capital Region disposes of highly qualified staff and the necessary means to develop a Smart City, but they require specific projects in order to reach this target.

Olivier Lefevre, of the NRB, continued with the vision of the Brussels Capital Region and stressed the importance of information being transparent so that not only public administrations participate in the projects but also citizens can propose and vote for different initiatives. Francis Hayen, who represented Belfius, emphasized the existence of financial solutions for the development of a Smart City and Eric Auquière, of the STIB-MIVB, talked about the commitment his company has in favor of the creation of a more accessible and sustainable city by aiming, for example, to create an ecologic public transport system. 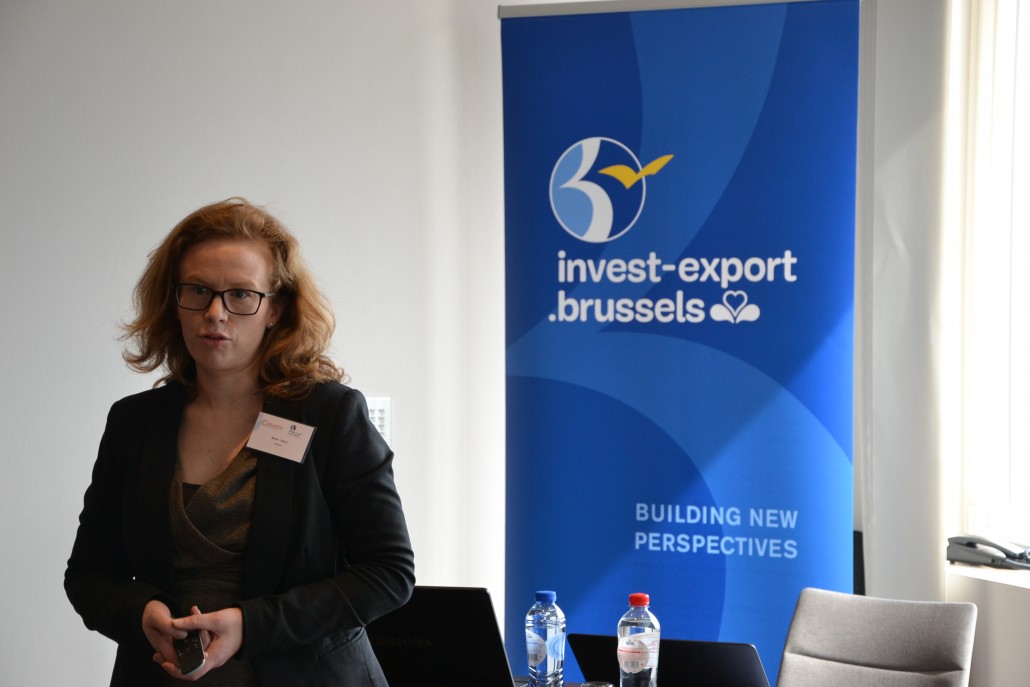 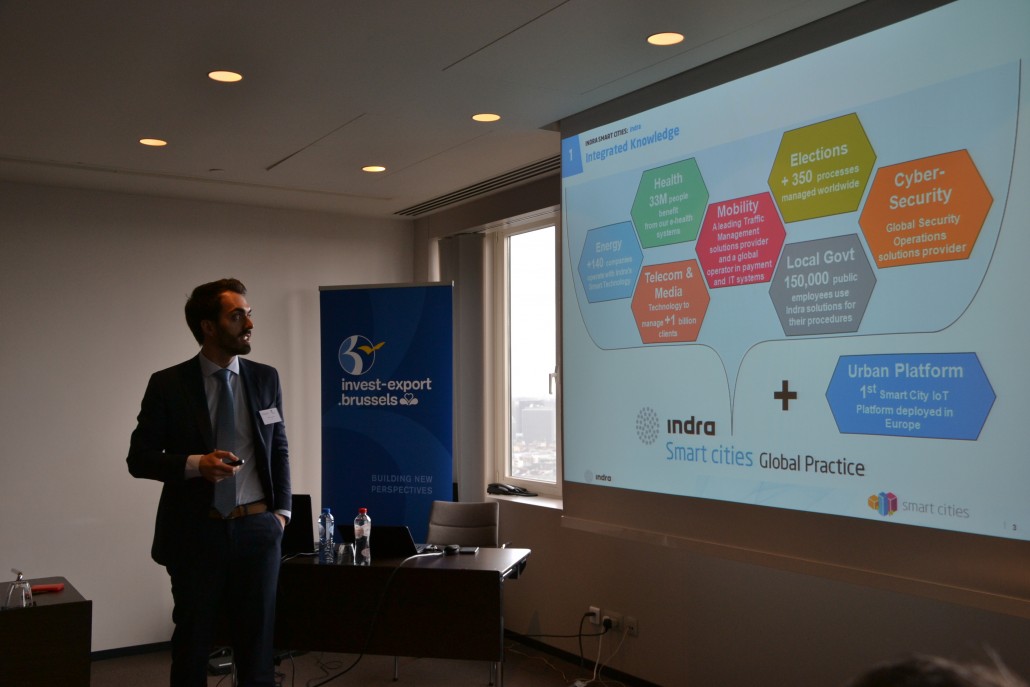 Marie Latour of Zabala Innovation Consulting talked about the vision and experience Spain has in the sector and presented in detail the European funding opportunities in the area of Smart Cities. Daniel Sanz, of Libelium, presented various global projects in which the company has participated for the installation of sensors. He explained the opportunities of the “Smart World” sector by giving some examples that help to improve the quality of life of citizens such as “Smart Parking”. Finally, Eduardo Martínez, of Indra, highlighted the importance of the integration of the services a Smart City can offer in different areas such as energy, health or transport within the same platform. During his speech, he showed the audience the actual case of the Smart City project developed by Indra in La Coruña, which shows the many possibilities a comprehensive platform offers. Besides, it allows to monitor the different areas of a city. 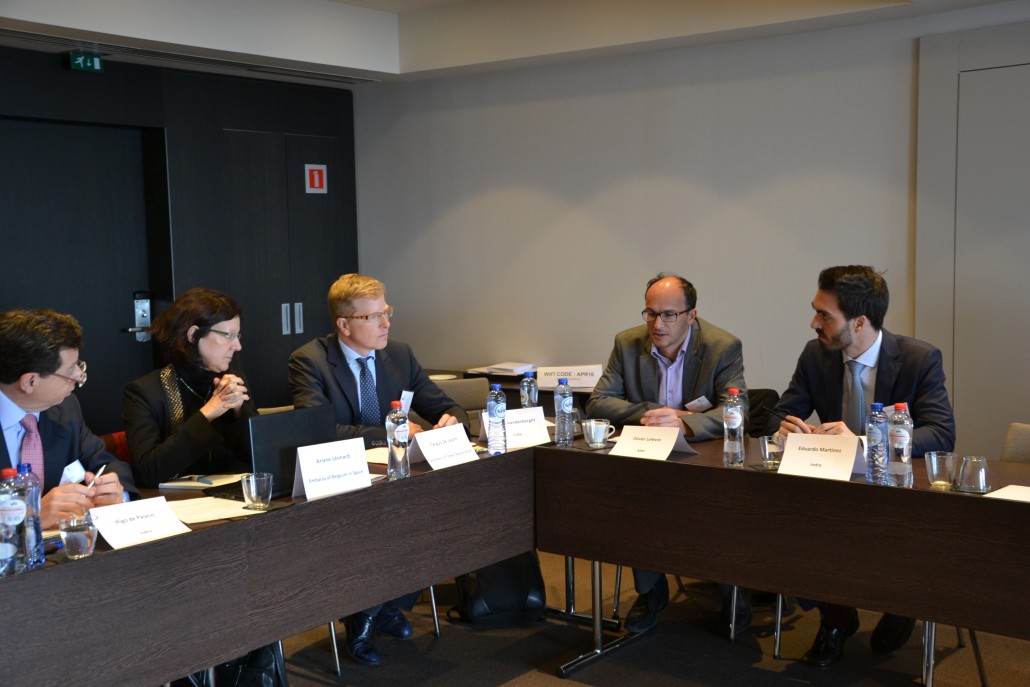 After the speeches, a discussion board took place in which Iñigo de Palacio, Senior Global Director Institutional Relations at Indra, who was the moderator of the seminar, invited the participants to debate about relevant issues in the field of Smart Cities.

It was concluded that, in order to not only have a Smart City but also a Smart Europe, we have to establish some standards to be able to guide the companies. The idea that there´s a “central-player” that can moderate the ecosystem of the Smart Cities altogether was also suggested.

Finally, David Martinez Hornillos, Economic and Commercial Counselor of the Spanish Embassy, and Tanguy De Lestré, member of the Cabinet of Secretary of State for digitalization of the Brussels Capital Region, closed the seminar by thanking the organization and the participants for assisting the event and by encouraging the Belgian and Spanish companies and entities to establish lines of cooperation in the future in this sector. David Martínez Hornillos encouraged the local companies to support each other by sharing their knowledge and by making use of Spain´s practical experience. 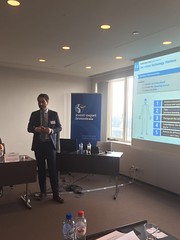 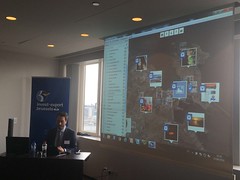 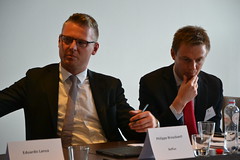 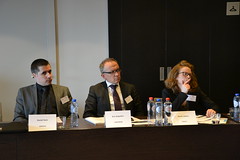 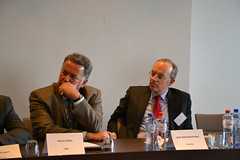 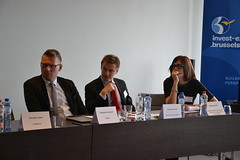 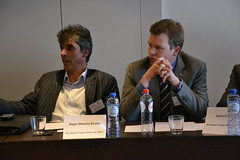 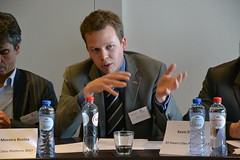 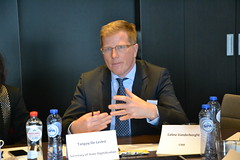 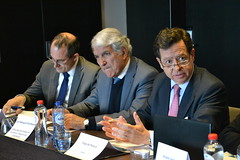 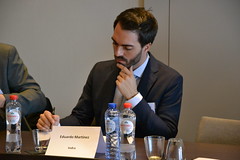 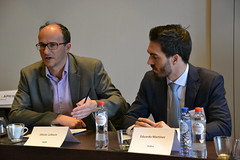 Celebration of the 30th Anniversary of ZABALA Innovation Consulting in Brus...

Board of Directors meeting
This site uses cookies to provide you with a more responsive and personalized service. By using this site you agree to our use of cookies. Please read our cookie notice for more information on the cookies we use and how to delete or block them.Accept Read More
Scroll to top